For the Story Pirates, kids’ creativity is a treasure

Ben Brown was riding in the back seat of a car in Falls Church, Virginia, this summer when he recognized the tune on the radio.
I thought, ‘That’s my song!’ ” says Ben, who’s almost 8 years old. “I was proud.” 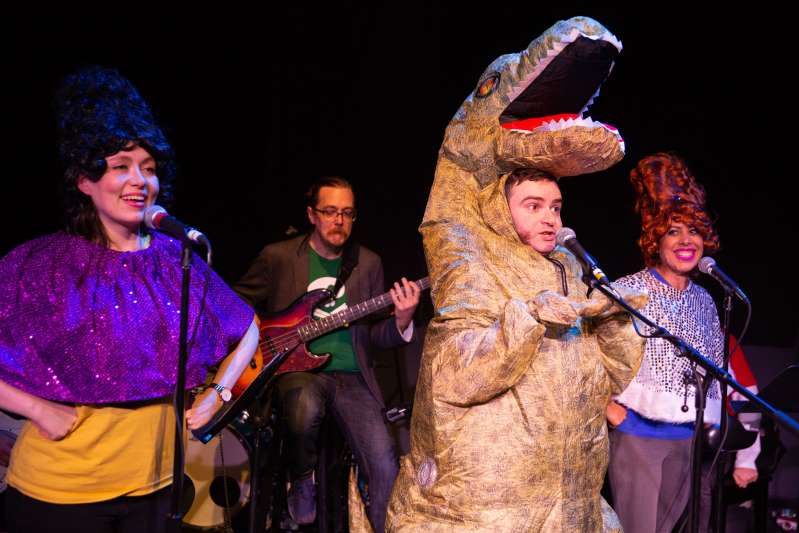 He should be proud when he rocks out to “Backstroke Raptor,” a peppy ode to a water-loving dinosaur who helps his buddies fix a boat and escape their island. The plot was Ben’s idea.
The music and lyrics — such as, “Who’s that raptor swimming in the ocean, swinging his arms in a reverse motion?” — came from the Story Pirates, a group of educators and performers who turn kids’ submissions into catchy songs and silly skits.

Kid creators
Children’s ideas are just cooler than adult ones, says artistic director Lee Overtree, who co-founded the Story Pirates in 2004. He got hooked on kid-written material participating in the Griffin’s Tale Children’s Repertory Theatre Company while at Northwestern University.

“When I graduated, I was still interested in work by kids,” he says.
Apparently, other folks are, too: The Story Pirates have troupes based in New York and Los Angeles, California, plus a popular podcast co-hosted by Overtree that draws famous guest stars, such as “Hamilton” musical creator Lin-Manuel Miranda.
The 30-minute podcast episodes featuring the Story Pirates’ wacky adventures — and a pair of kid-created tales — have hooked fans around the world. They also publish books and release albums, including “Backstroke Raptor,” which came out this summer. (When Ben’s family found out that his story was going to be the title track, they danced around the house.)
That’s in addition to school programs, which are at the core of the Story Pirates’ mission. They travel the country to meet students in class or assemblies to work on the building blocks of a story, such as character development and conflict.

“The secret sauce of Story Pirates is that we allow kids to write about what they want,” says executive producer Sam Reiff-Pasarew. That could be a flying purple doughnut, or something more realistic, he says.
Overtree estimates that the Story Pirates field about 1,000 submissions per month, and the number keeps growing.
It's not a contest
So it was a long shot last year when Ben sent in his first story, “Raptor Brown,” about a velociraptor who wanders through the U.S. Capitol. The story wasn’t selected for the podcast, but Ben got a letter with notes on what a reader liked about it.
The Story Pirates try to make sure that every submission gets positive feedback. This is done by a team, which then turns the stories over to writers and composers.

Ben’s second story about a dino caught the eye of Brendan O’Grady, who’s responsible for most Story Pirates music. 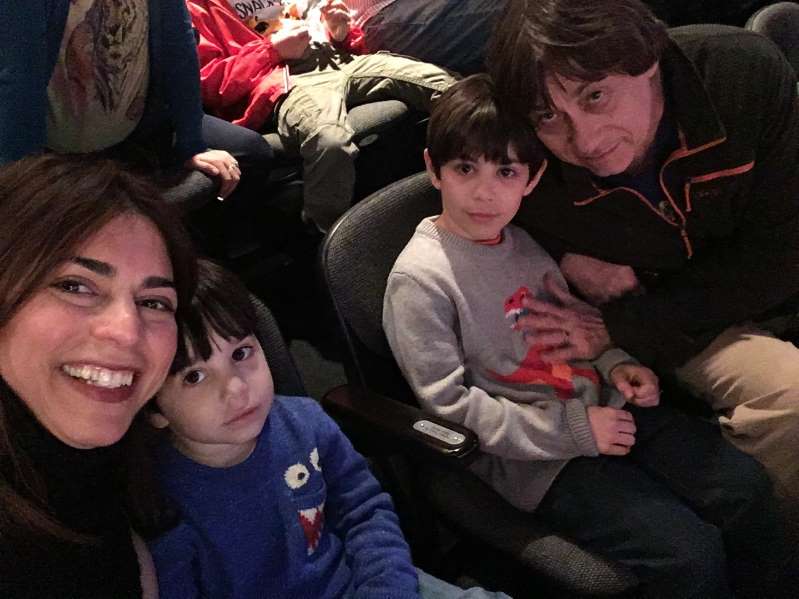 “We really try to emphasize that this isn’t a contest and Ben isn’t a winner,” Overtree says. “He’s just one of thousands of kids who sent us a story. We happened to pick that one.”
Although kid authors aren’t in the room while the Story Pirates develop their skits and songs, Overtree says they’re never forgotten. If there are gaps to fill in, the goal is to make sure any added material stays true to the original story.
Podcast listeners get to hear the kids’ voices during interviews about how the author came up with his or her story.
After talking to Overstreet for the podcast — which aired in January — Ben went to New York with his family to see “Backstroke Raptor” performed onstage by actors in costumes.
When he grows up, Ben wants to be an engineer. (Listen for references to motors and wires in “Backstroke Raptor.”) But he’s not done with being a writer.
“I might do another story, a ‘Backstroke Raptor 2: The Sequel,’ ” says Ben. He thinks it would focus on how the raptors adapt to their new jungle environment, meet their animal neighbors and carve furniture for their homes.
Coming up with stories is about figuring out how to put parts together, he adds. “Think about the characters, the setting, the problem and how to solve it,” Ben explains.
His mother, Maryam Brown, says that process suits Ben.
“He has a mind for machines and building, and that’s who he is,” she says. “But the creativity is also who he is.”