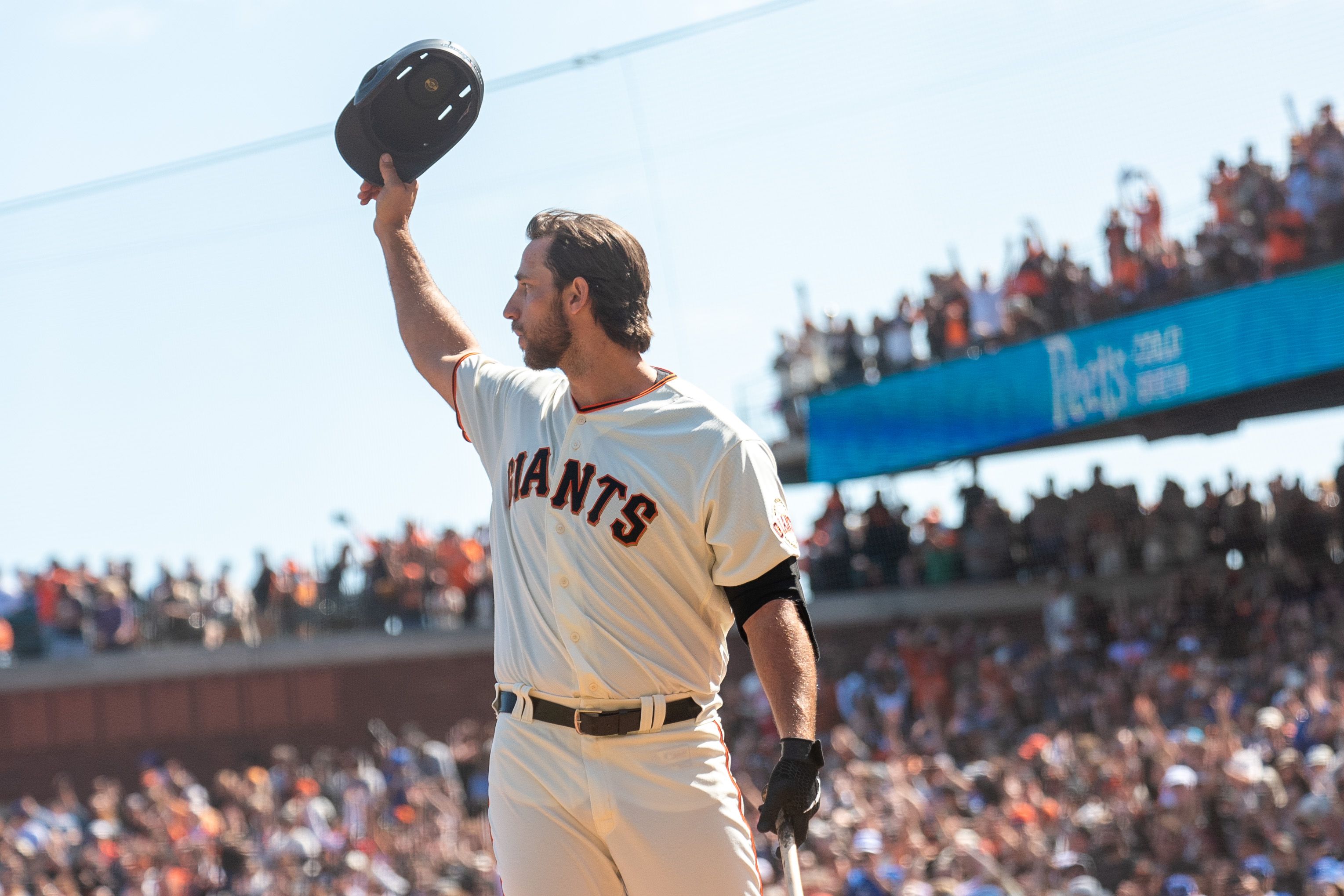 SAN FRANCISCO - The moment was so perfect that it appeared it had to have been planned beforehand.

Bruce Bochy was looking for one last opportunity to get Madison Bumgarner into a Giants game, having decided not to start him Sunday, and when he looked up in the fifth, there was Clayton Kershaw jogging to the mound. Kershaw and Bumgarner will go down as two of the best left-handers of this generation, but their relationship goes beyond that.

The two have become friends, talking before most Giants-Dodgers games over the last decade. They keep in touch off the field and have always cherished the competition they have on it. Their battles are filled with inside pitches, subtle smiles and good-natured taunting as they sit in opposing dugouts.

Their matchup Sunday wasn't planned, both managers said, but it wasn't a total surprise. Dodgers manager Dave Roberts told reporters before the game that he expected to see Bumgarner as a pinch-hitter, not a reliever. Kershaw said he joked about a possible matchup.

Bochy knew what he wanted to do, even if he felt bad about a repercussion. He was apologetic to Brandon Crawford after pulling him from the final game for a pinch-hitter, but Crawford understood.

"I just wanted to do something for Madison," Bochy said. "With all he's done, I just said there can't be a better script right now with Clayton on the mound. They've battled so many times, not just pitching against each other, but how they compete against each other with the bat."

As Crawford headed back to the dugout and Bumgarner walked up the steps to a standing ovation, the shortstop had just one request.

"I told him, 'You better hit a homer,'" Crawford said later.

Bumgarner has taken Kershaw deep twice, and he certainly tried for a third one. He took a huge swing at the first pitch, a fastball up in the zone, but fouled it straight back. The next pitch was up and in and Bumgarner laughed as he looked out at the mound. Bumgarner ended up lining out, but what stood out to the Giants wasn't the result, but how Kershaw handled everything.

He threw seven fastballs, all between 89-91 mph. He wasn't directing meatballs down the heart of the plate, but he certainly gave Bumgarner every opportunity to compete and do something memorable. Kershaw also called rookie catcher Will Smith out before the at-bat to let Bumgarner soak in the cheers.