Nurmagomedov defeated Dustin Poirier after forcing him to tap out in a headline title unification bout at UFC 242 in Abu Dhabi on Saturday night.
More than 13,000 people attended the fight at The Arena on Yas Island.

Immediately after winning, Nurmagomedov embraced his father, who also met Sheikh Mohamed during the Sea Palace Barza on Monday.

Nurmagomedov said he was open to fighting again in Abu Dhabi.

“I love this region. I’ve been in Turkey, Europe, Russia, even Dagestan, [the] US, Brazil, Canada, Mexico," he said after his fight.

"I’ve been everywhere. But this place – the Emirates, Abu Dhabi, Dubai – is the safest place in the world. This is an amazing place. 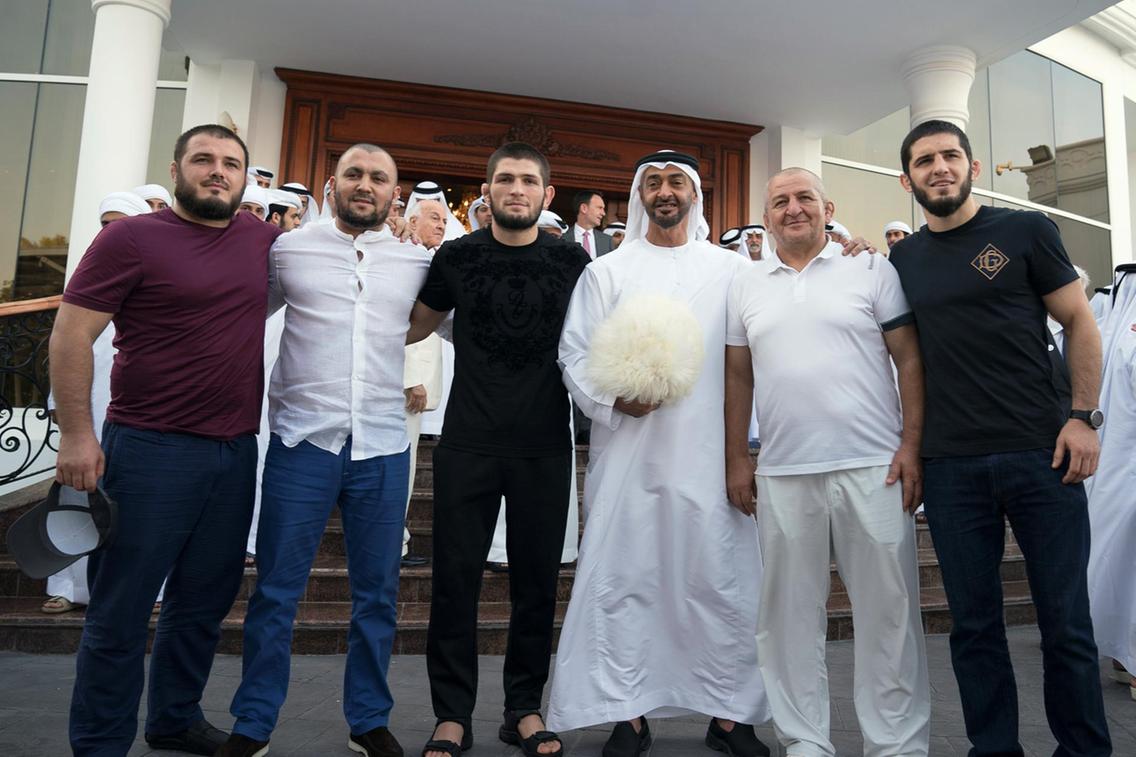 “I want to come back here, maybe next year. Why not? Because UFC have already made an exclusive contract with Abu Dhabi and next year they’re going to make another show here, too. We’ll see."