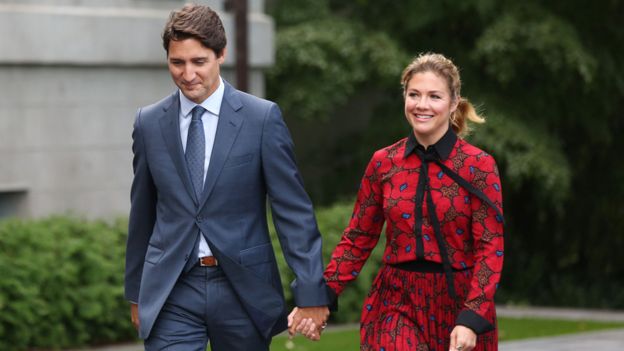 Opinion polls are indicating it will be a tough race for Mr Trudeau, who is seeking a second term in office.

The campaign is expected to focus on issues of affordability, the economy and climate issues.

The prime minister visited the Governor General, the Queen's representative in Canada, on Wednesday morning to formally launch the campaign.

Mr Trudeau touted his accomplishments on the economy and the environment in an announcement, saying: "Canadians once again get to vote for the country they want to live in".

Canada has a federal fixed election date and Canadians must head to the polls every four years. This campaign will be a relatively short 40 days, or just over five weeks.

Over the summer, the rival parties have been honing their message, focusing on the economy and cost-of-living.

They have also sharpened their attacks against Mr Trudeau, who they say has not lived up to the expectations of Canadians.
Mr Trudeau will have to defend his record, including his handling this year of an ethics crisis that proved politically costly.
The prime minister was found by a federal ethics watchdog to have improperly tried to influence a former minister over the prosecution of SNC-Lavalin, a major engineering and construction company facing a criminal trial.

That affair was raised on Wednesday morning by Conservative leader Andrew Scheer, who issued a rebuke against the Liberal leader, saying Canadians "cannot trust Justin Trudeau".