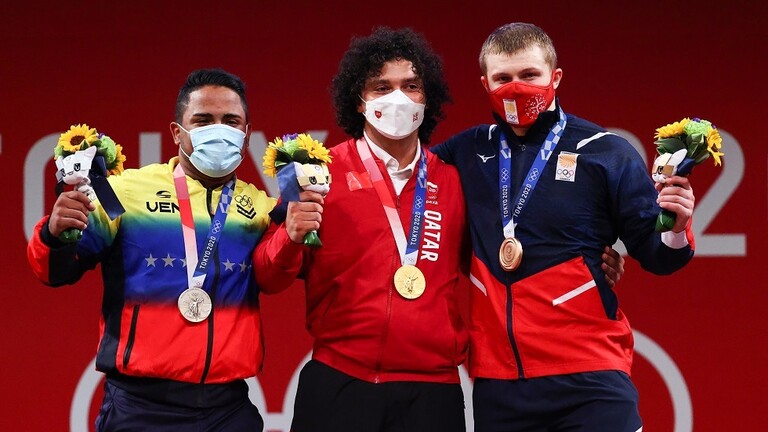 Qatari weightlifter Faris Ibrahim Hassouna Al-Bach awarded his country the first Olympic gold medal in its history, by winning the men's weightlifting competitions in the 96-kg weight category, as part of the activities of the "Tokyo 2020" Olympics.

Bach's victory in the Tokyo gold came after he won the silver of the world championship in 2019, and set an Olympic record of 225 kg, in the net competition and tried to set a world record during his last attempt to lift 232 kg, but failed.

Venezuelan Kidomar Giovanni Valenia Sanchez won the silver medal, recording 177 kg in the snatch and 210 kg in the sniper, with a total weight of 387 kg.

While the bronze medal went to Georgian Anton Plesnoy, who recorded 177 kg in the snatch, and 210 kg in the net, with a total weight of 387 kg.