‘Love In The Time Of Corona’ to launch early next year 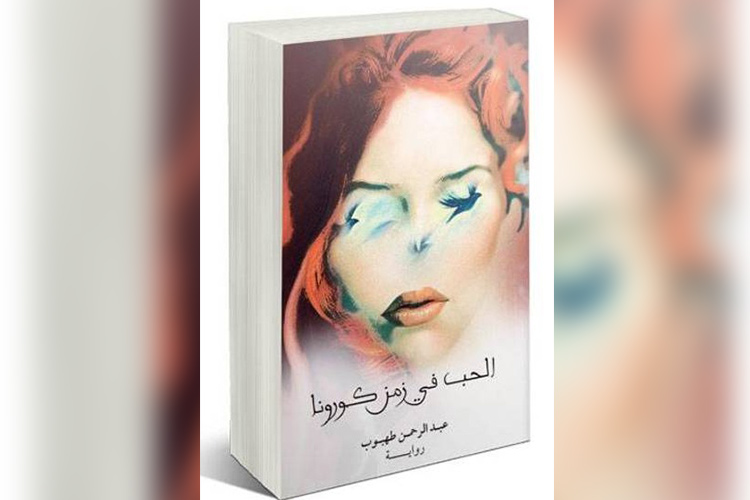 A person good in love is always a good warrior to protect his love from any harm either created by pandemic or forced by society, said Abdel Rahman Tahboub, Palestinian author and media consultant based in Dubai for years, while talking to the Gulf Today.

In the interview, he shed light on his debut novel and shared the profound feelings he felt during the pandemic and translated his thoughts into words. “My recent work is a novel in Arabic ‘Al Hub Fi Zaman Corona’ (Love In The Time Of Corona) is all about love, humanity, compassion between lovers, fight against injustice, life in the time of ‘real’ pandemic and most importantly about the people in the pure relationship by their deep heart.

This novel is not for only current generation but for generations of future especially once the pandemic is over and people settled down in new ‘normal’ life,” he said

Tahboub has written three books and number of research papers based on history in the past during his stay in Jordan and UAE. “I’m deeply inspired by world renowned Nobel Prize winning author Gabriel García Márquez and his two legendry novels especially ‘Love in the Time of Cholera’ and ‘One Hundred Years of Solitude’.

First time I read these novels when I was studying in a university in Jordan and it left deep marks on my mind and soul. The lockdown in in last year after the coronavirus broke down, I started re-reading these novels besides other literary works done by leading authors from around the world to write love stories nurtured during the harsh times like wars and pandemic in the past,” he said.

He further said that the re-reading of such literary works was to find similarity of convergence, differences and commonalities between the two major events happened, one in Márquez’s imaginary city of ‘Macondo’ with real COVID-19 as a resident of Dubai, the world’s most vibrant city. “While residing in Dubai during the lockdown, I was thoroughly looking into the events happened between the two pandemic and how two lovers spend their lives in the isolation of Márquez’s imaginary city of ‘Macondo’ and enjoyed the privacy.

But most importantly, I was comparing with the real COVID-19 and its deep effects on every segments of life of individuals and collectively on societies around the world,” he mentioned.   To further share the outline of his debut novel and what he observed during the lockdown, he said that “the ‘coronavirus’ not only claimed lives but struck deeply all human relationships, so love became an illusion and a mirage, intimacy became a myth and affection was like a fantasy. During the pandemic, the humanity has lost its direction and affection for each other while hiding their faces with facemask but ultimately the facemasks are covering seemed covering their minds and eyes and refused to convey the truth that they are in competition and became selfish. People are paying the price of their selfishness to fighting for small things like toilet papers and other basic necessities in supermarkets as they lost their minds,” he said.

“These days economy is controlling our feelings. Now you express your love to present a bouquet bought from the market but there was time when lovers used written words from letters to poems and expressed their feelings and won the hearts,” he said.

During the long lockdown period, he spend his most of the time in his home with wife, Wassima whom he found his love once again and struck with the idea to pen his love into a novel.

“I dedicated my debut novel to my wife with the words “Wassima: My Perfume On Earth”. She belongs to an Andalusian family resided in Tétouan, a city located in northern Morocco and bordered with Spain, where we met and married.

“Márquez’s novel first published in Spanish and my affection with Columbian author encouraged me to translate and published my novel in Spanish. I will launch my book through a series of literary events including the launching of original in Arabic to organize a ceremony in Dubai early next year around Feb-March besides two events during the next summer in Tétouan, Morocco and Madriad, Spain,” he said.

The debut novel of Tahboub will be launched early next year to organize a proper event to invite prominent literary figures from Arab world as well as UAE-based businessmen, dignitaries from government departments and others leading personalities from different segments of life. “I like events where people from different backgrounds freely enjoy the social gatherings and express their feelings without facemasks and social distancing by 2-meters,” he said.