Gold on course for best weekly gains in 2 months 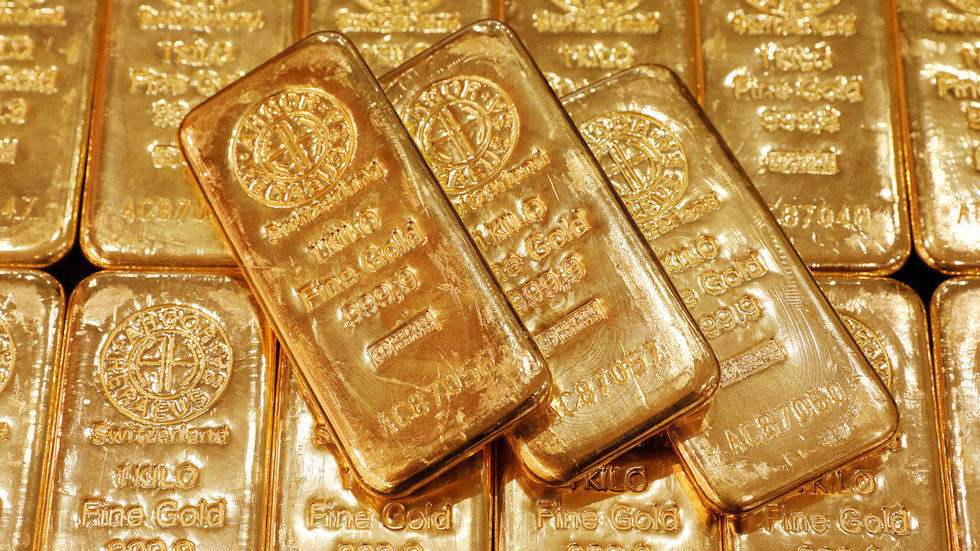 Gold prices are hovering around a two-week high as of Friday, showing the biggest weekly gains in over two months as the US Federal Reserve keeps key policy rates unchanged, engendering investors' optimism about commodity markets.

According to Fed Chairman Jerome Powell, the US job market still has “some ground to cover” before the time comes to pull back from economic support. Meanwhile, the US economy expanded at a 6.5% annualized rate in the second quarter, according to the latest figures, which still fell short of analysts' expectations.

The news has predictably pushed the US dollar to a one-month low, putting it on track for its biggest down week in nearly three months, turning gold into one of the most appealing assets for other currency holders.

“As the realization that the Fed is unlikely to tighten its policies anytime soon sinks in, the outlook for the US dollar turns into bearish territory,” Ricardo Evangelista, a senior analyst at ActivTrades, told Reuters, adding that gold could continue to find support in the short term.On Wednesday, the Fed said benchmark interest rates would remain unchanged at 0-0.25%, providing no details on a potential tightening of its monetary policy introduced in 2020, when the world's largest economy was forced to deal with the economic impact of the Covid-19 pandemic.
Follow "The Nation Press" on
Google News

Gold rises due to the decline in the dollar