Less than half of Britain's Muslims are fully vaccinated 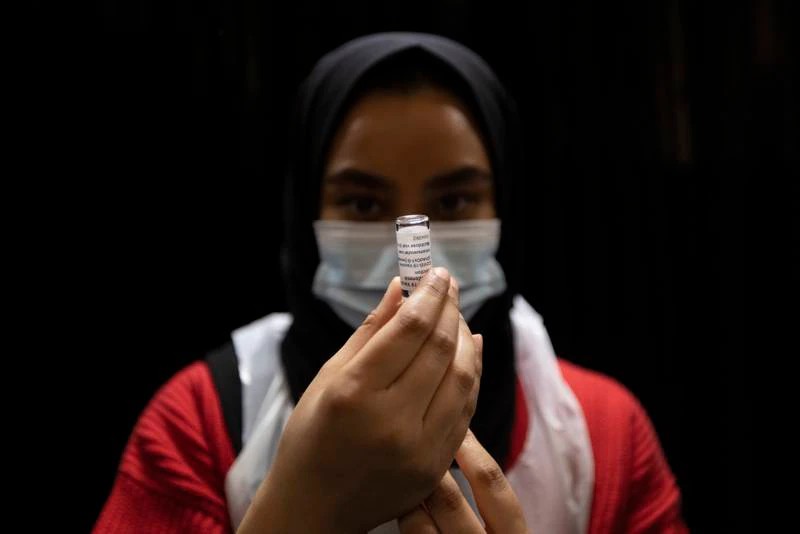 Less than half of Britain’s Muslims are fully vaccinated against Covid-19, official data shows.

Only 43 per cent of Muslim adults have received both doses, compared with 65 per cent of all adults as of mid-July.

South Asian people were also under-represented, with less than half of Pakistani and Bangladeshi people having received two shots.

The figures from the Office of National Statistics add to concerns that disinformation and other barriers are holding back uptake among minorities.

A health chief in the London Borough of Tower Hamlets, which has the highest concentration of Muslim residents in the country, said on Thursday that false rumours were a major problem in the area.

“One of the biggest issues in our area is the scare stories around infertility,” Sam Everington told BBC Radio 4’s Today programme.

“Most of it is having that conversation, and it’s nudging people, it’s encouraging people. We’ve got a lot of people living in multi-generational households, so it’s persuading them to do that too.”

Low uptake is a particular concern among younger people of all backgrounds, with first doses in Britain slowing to tens of thousands a day.

About 57 per cent of all under-30s have had a first dose, a figure that falls to 38 per cent among Muslims.

The uptake of first doses among over-80s is about 84 per cent among Muslims compared with more than 97 per cent generally.

British imams and community leaders have made repeated pleas for Muslims to get their shots since the vaccination programme began in December.

Some vaccine doses were administered at mosques, including at London’s Central Mosque.

Vaccines Minister Nadhim Zahawi last week praised the Muslim community as a “true force in our efforts to combat Covid-19”.

Muslims were particularly hard hit by the disease, with previous ONS figures showing that they died at a significantly higher rate than other groups.

The issue of whether to introduce vaccine passports in domestic life has divided Europe and led to protests in countries including France and Italy.

Mr Raab said no decision had yet been made on whether vaccines would be required for students to attend university in the next academic year.

But he described vaccine passports in other settings as “a little bit of coaxing and cajoling” to encourage uptake.

“We need to encourage more and more of those who have not yet got the vaccination to receive it,” he said. “What we don’t want to do is hold the country back for those that for whatever reasons haven’t taken up that offer.”

Muslim support for UK’s Labour dips ahead of crucial election

Protests in Denmark as Syrian refugees have asylum denied