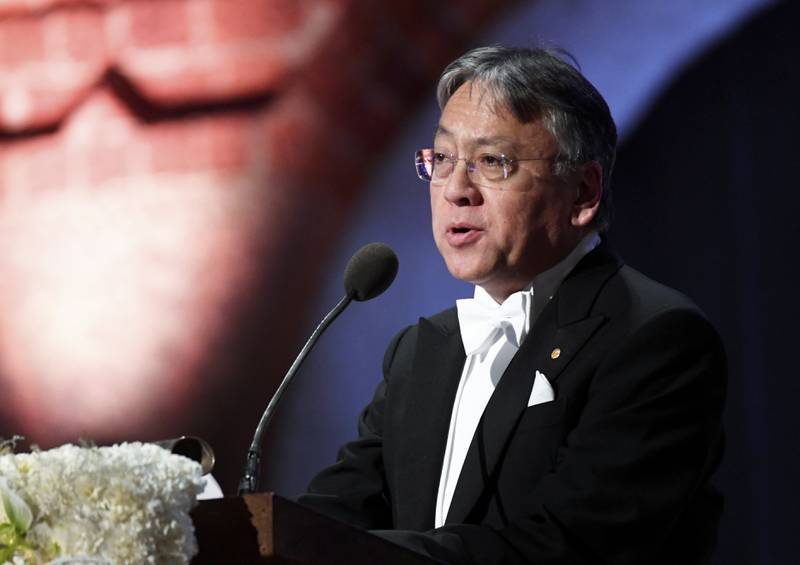 Nobel laureate Kazuo Ishiguro and Pulitzer Prize winner Richard Powers are among 13 authors in the running for the prestigious Booker Prize for fiction.

Britain’s Ishiguro, who won the Nobel Prize for Literature in 2017, is on the longlist, announced Tuesday, for the £50,000 ($69,000) prize. His nominated work, Klara and the Sun, is a novel about love and humanity, narrated by a solar-powered android. It is the fourth Booker nomination for Ishiguro, who won the prize in 1989 for The Remains of the Day.

American author Powers is nominated for Bewilderment, about an astrobiologist and his neurodivergent son. Powers won the Pulitzer for fiction in 2019 for his eco-epic The Overstory, which was also a Booker Prize finalist.

Other previous Booker contenders on this year’s list include South Africa’s Damon Galgut for his story of racism and reckoning, The Promise; British writer Sunjeev Sahota for China Room, which travels between England and India; and Canada’s Mary Lawson for her tale of life in a northern town, A Town Called Solace.

Founded in 1969, the Booker Prize has a reputation for transforming writers’ careers and was originally open to British, Irish and Commonwealth writers. Eligibility was expanded in 2014 to all novels in English published in the UK.

Two American first novels are among this year’s contenders: Patricia Lockwood’s social media-saturated story No One is Talking About This and Nathan Harris’ bestseller The Sweetness of Water, set in the American South at the end of the Civil War.

Historian Maya Jasanoff, who is chairwoman of this year’s judging panel, said many of the novels “consider how people grapple with the past – whether personal experiences of grief or dislocation, or the historical legacies of enslavement, apartheid and civil war”.

“Many examine intimate relationships placed under stress, and through them meditate on ideas of freedom and obligation, or on what makes us human,” she said. “It’s particularly resonant during the pandemic to note that all of these books have important things to say about the nature of community, from the tiny and secluded to the unmeasurable expanse of cyberspace.”

A six-book shortlist will be announced Tuesday, September 14, and the winner will be crowned Wednesday, November 3, at a ceremony in London.