Tunisia: Europeans call for respect for state institutions and parliament 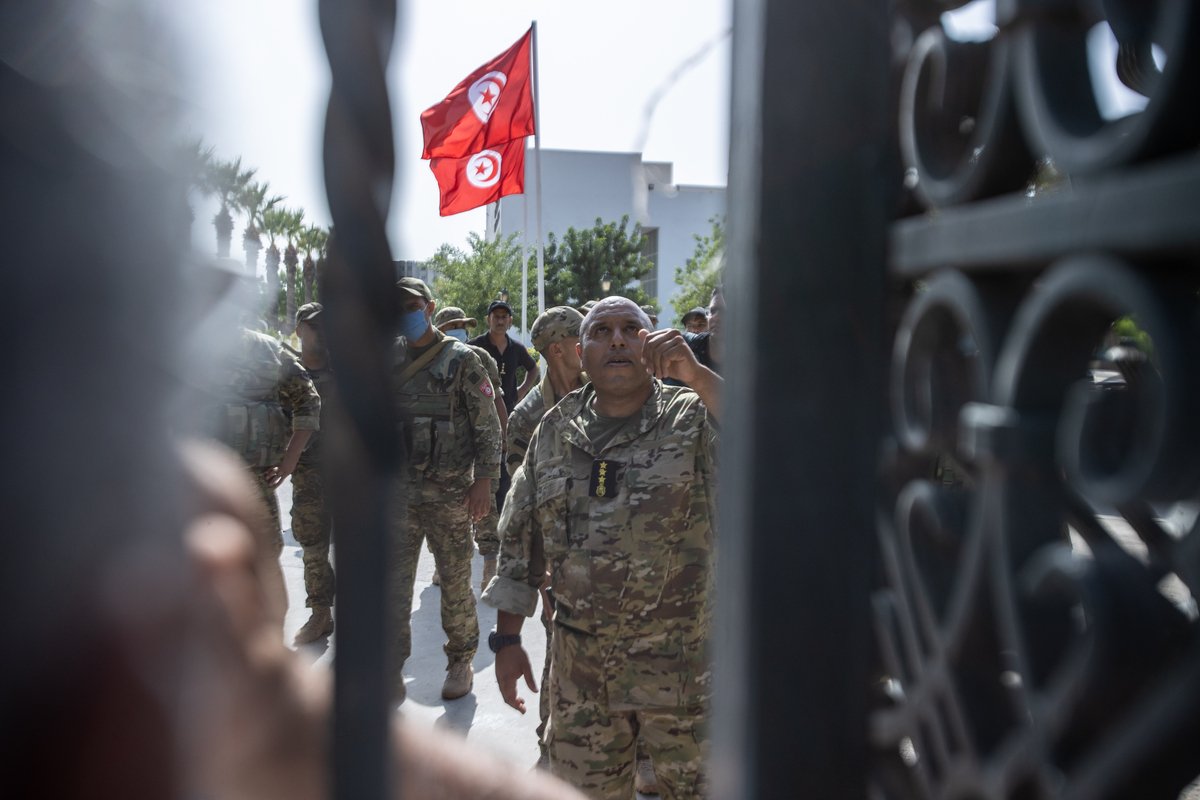 The European Union called yesterday for the Tunisian constitution and state institutions to be respected, Anadolu has reported. Spokesperson for Foreign Affairs and Security Policy Nabila Masrali said that the bloc is following developments in the North African country "closely".

The German government, meanwhile, expressed deep concerns about the situation in Tunisia, where President Kais Saied has dismissed the prime minister and suspended parliament. "We believe that it is important now to ensure a speedy restoration of constitutional order," said a spokesperson for the foreign ministry in Berlin. "Parliamentary activities need to be resumed, and all parties should comply with the constitution, holding on to rights and freedoms."

Russia is also watching events in Tunisia closely, said a Kremlin spokesman. "We hope that the political crisis will not harm stability or threaten the safety of Russian citizens in Tunisia," explained Dmitry Peskov.

After assuming control of the executive, Saied suspended the immunity of all MPs and took charge of the Public Prosecution office. This appears to be a response to violent protests in several Tunisian cities as the country celebrates the 64th anniversary of the proclamation of the republic while experiencing serious political, economic and healthcare crises. He is due to appoint a prime minister to replace Hichem Mechichi.

The Tunisian president justified his "controversial" decisions by what he described as "the responsibility to save Tunisia." He insisted that the country "is going through its most dangerous moments, in light of tampering with the state and its capabilities."

A member of Ennahda's Executive Office, Noureddine Bhiri, described the president's decisions as a "conditioned coup" against the constitution and legitimacy. "We will deal with these decisions that violate the provisions of the constitution and the coup against state institutions, and we will take measures and moves internally and externally to prevent them being enacted." He did not explain what this might entail.

Most of the parliamentary blocs opposed Saied's decisions. Al-Karama Coalition called them "fallacious", while the Heart of Tunisia bloc described the moves as "a serious breach of the constitution". Only the People's Movement, a nationalist party, backed the president.