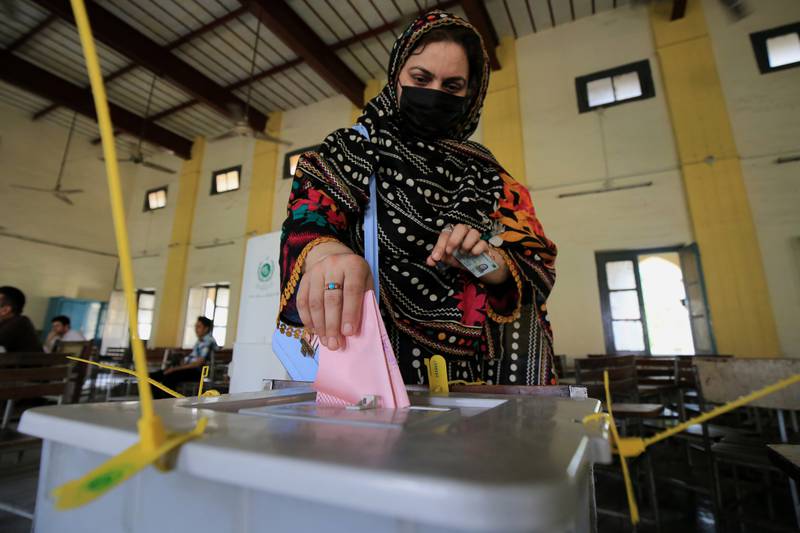 Pakistani Prime Minister Imran Khan's party was pulling ahead in polls following an election in the contested Kashmir region on Monday.

Mr Khan's gains come after two members of his party were killed when fighting broke out at a polling station.

Shahbaz Gill, one of Mr Khan's senior advisers in the Pakistan Tehreek-e-Insaf party, or "Pakistan Movement for Justice" said they had won 26 out of 45 seats.

A local election commission official put the figure slightly lower at 24, but Mr Gill said the party had secured victory.

A final tally of votes and seats was expected on Monday, the local election commission said.

But the vote was marred by clashes between supporters of Mr Khan and the opposing Pakistan Peoples Party with two confirmed dead, local police told Reuters.

Four soldiers in a rapid response team involved in securing the poll also died when their vehicle plunged into a ravine in the mountainous area, the army said. Three others were injured.

The violence mars the latest election test for Khan, who has faced growing criticism since his 2018 election win over his handling of the economy and competence to deliver on his election promises.

Typically, the Kashmir vote has been won by the country's ruling party. Analysts said this race was tighter than usual.

The PPP appeared to be leading with 10 seats while the PML-N had six, Iqbal, the election commission's focal person said, adding that two seats seemed to be going to the local groups.

About 3.2 million people are registered to vote, he said.

Pakistan wants to build constructive relationship with US: FO