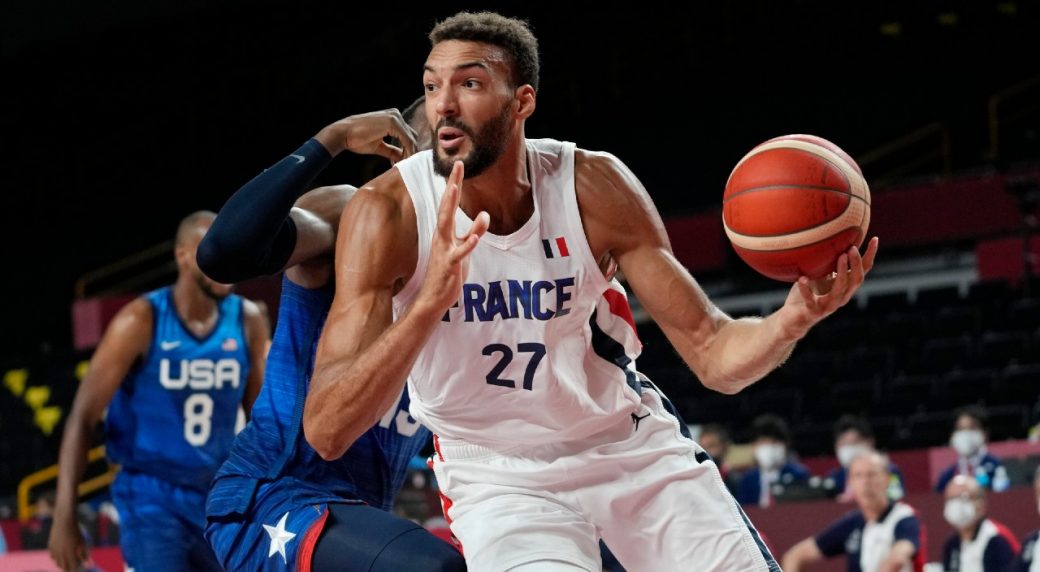 The US men’s basketball team suffered a shock 83-76 defeat at the hands of France on Sunday, losing at the Olympics for the first time since 2004 and for just the sixth time in the history of the tournament.
The French had upset the US men when they last met in the 2019 FIBA World Cup quarter-finals and they had their number again on the first day of group play at the Saitama Super Arena, powered by a game-high 28 points from Evan Fournier.
“It felt good, it felt good,” Fournier told Reuters.
Moustapha Fall had high praise for his teammate.
“He is the offensive leader for us, always aggressive, always trying to score,” Fall said of Fournier. “We knew he was going to be our leader offensively and he assumed this role, so he is good for us.”
The Americans got out to a good start in the first half, leading 45-37 at the break on the back of their defensive energy, but were outscored 25-11 in a disastrous third-quarter with France taking the lead.
Team USA clawed back to briefly regain the lead in the fourth quarter, but the French wouldn’t go away and took their first ever Olympic win versus the United States.

Star US player Kevin Durant was saddled with foul trouble early and found it hard to get into a rhythm. He fouled out near the end of the game.
The United States is always the team to beat at basketball — they now have a 138-6 record and have won gold 15 times since joining the Olympic program in 1936 — boasting more depth than any other country with their star-studded NBA line-ups.
But their recent form suggested reaching the top of the podium would not be as easy as in the past, after they dropped two straight exhibition games this month including a surprise loss to world 22nd-ranked Nigeria.
Preparations were also disrupted by the absence of players due to this year’s late NBA playoffs and late replacements due to COVID-19 protocols and injury.
Devin Booker, Jrue Holiday and Khris Middleton were finally able to join the team after the last game of the NBA finals on July 20. Holiday scored a team-high 18 points on Sunday despite having flown into Japan the day before.
US head coach Gregg Popovich said his team had to be more consistent, pointing to several leads they had let slip away.
“We gave all of those up. Because of a lack of consistent defense, too many errors on offense, possessions where we didn’t move and took ill-advised shots. So you understand it, look at it, put in the work and try to get better.”
In other Group A action on Sunday, the Czech Republic held on to beat Iran 84-78 after the Iranians had cut a 22-point deficit down to four points with less than a minute to go.
In Group B, Australia overcame a 22-turnover performance to top Nigeria 84-67, while Italy fought to a 92-82 win against Germany that saw the Italians pull away late after tightening up their defense.
In their next games on Wednesday, the United States will take on Iran and France will meet the Czechs, while Australia will face Italy and Germany will take on Nigeria.