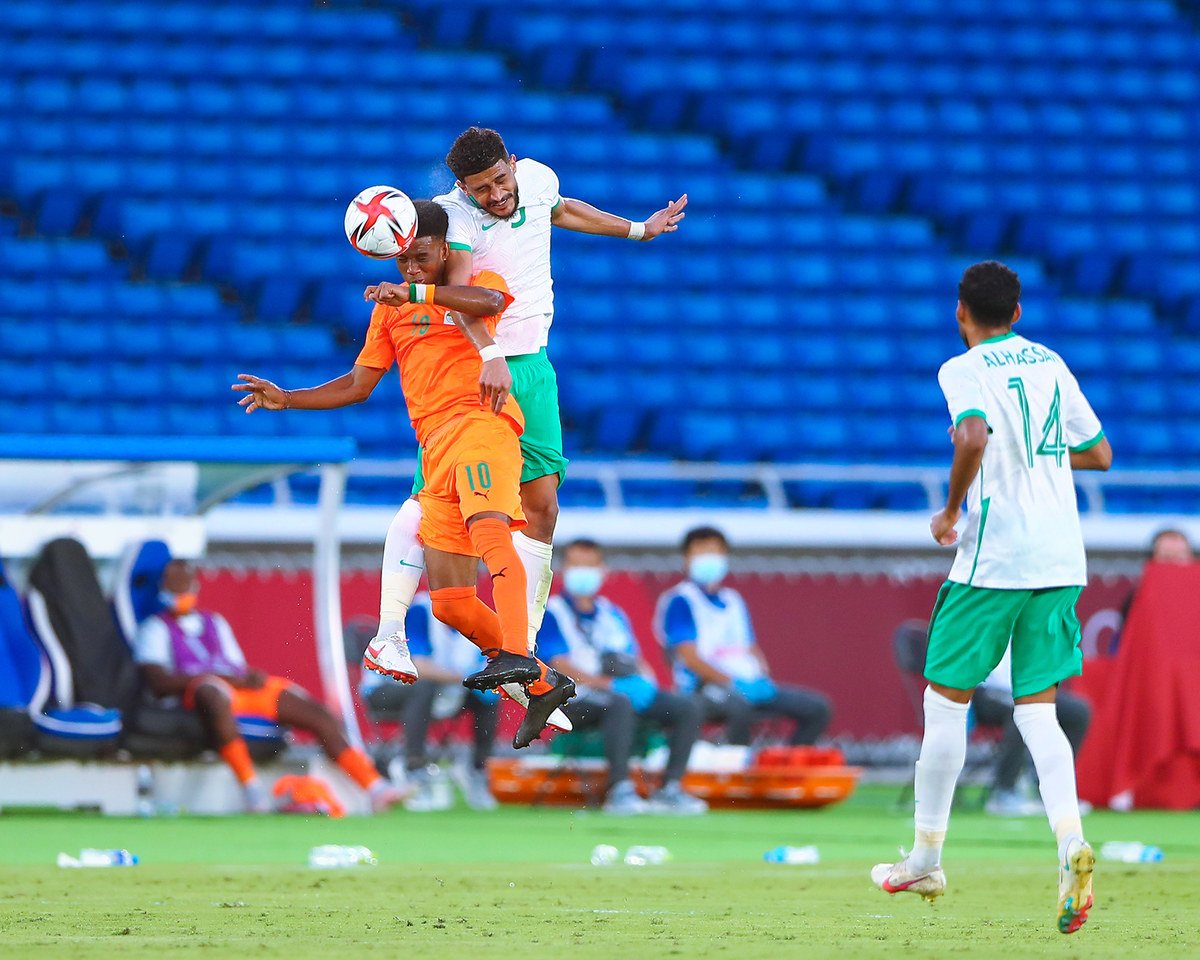 Saudi Arabia began the Tokyo 2020 Olympic football tournament on Thursday with a 2-1 loss to Ivory Coast at Yokohama International Stadium to leave them bottom of Group D ahead of the second match between Germany and Brazil later in the day.

The Saudis now have a mountain to climb if they are to reach the knockout stages with tougher tasks against the European and South American powerhouses coming up.

Saad Al-Shehri’s men had been the better team for the majority of the first, their energetic press not allowing the Ivory Coast players to settle on the ball or cause danger in the Saudi half.

However, it was the African team that took the lead when a seemingly harmless cross was turned into his own net by Saudi defender Abdulelah Al-Amri after 39 minutes.

The young Saudis responded almost immediately with Salem Al-Dossary, one of the U-23 squad’s three overage players alongside Al-Nassr colleagues Yasser Al-Shahrani and Salman Al-Faraj, scoring with a stunning curling effort from outside of the area just before the break.

Ivory Coast imporved in the second half and on 65 minutes some more indecisive defending by the Saudi backline almost gifted their opponent another cheap goal, but the ball somehow stayed out of the net from three rapid-fire shots.

Only a minute later, however, Ivory Coast took the lead for the second time in the match with a superb goal, AC Milan’s Franck Kessie spinning just inside the Saudi box before rifling a left-footed shot past Saudi goalkeeper Muhammad Al-Rubaie.

Saudi Arabia had a claim for penalty turned down and with 10 minutes left Ivory Coast had a chance to wrap the contest but Al-Rubaie cut out the danger.

Saudi had a golden opportunity to square the match on 84 minutes when Al-Dossary came within inches of scoring his second of the day, but his shot came off the Ivory Coast crossbar.

Despite some desperate Saudi attacks, Ivory Coast were left celebrating a priceless three points in the group’s opening match.