Half of Europeans vaccinated as Germany warns on rising virus cases 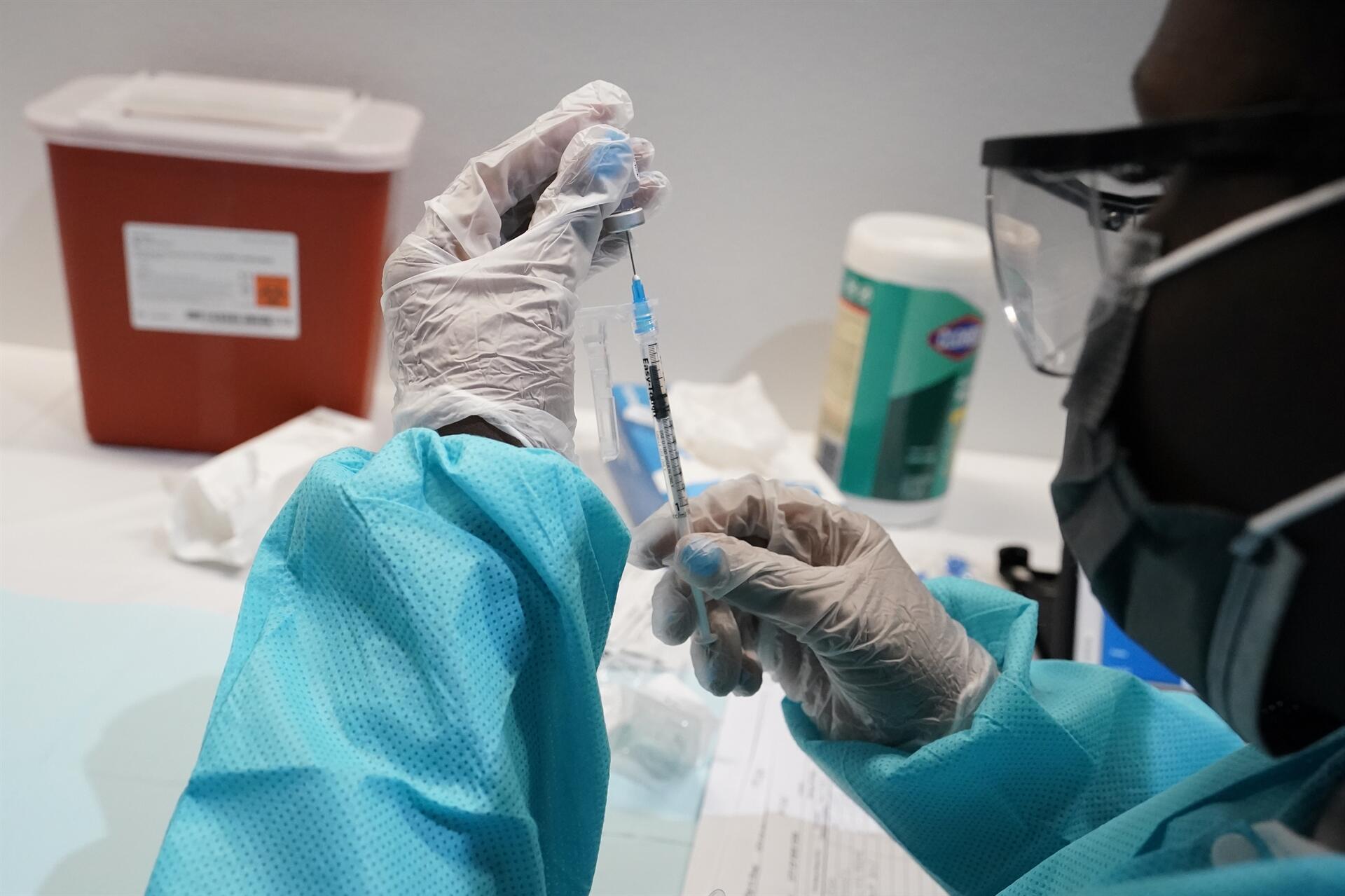 More than half of all European adults are now fully vaccinated, the EU said on Thursday, as countries across Europe and Asia battled fresh outbreaks blamed on the fast-spreading Delta variant.
The European Central Bank said uncertainty over the wave of infections meant it was keeping the cash taps open to ensure the nascent economic recovery isn’t snuffed out.
German Chancellor Angela Merkel said cases in her country were rising “exponentially,” while in Japan the delayed Olympic Games were set to open with almost no spectators and with a blanket of Covid rules in place.
The spotlight, meanwhile, once again turned on the origins of the virus after the WHO called for an audit of the Chinese lab at the heart of speculation about where it first emerged, sparking a fiery response from Beijing.
More than four million people have died from the virus since December 2019, and though rates of vaccination are picking up globally, Delta is fueling a rise in infections and prompting governments to re-impose anti-virus measures.
The EU said on Thursday that 200 million Europeans had been fully vaccinated, more than half of the adult population but still short of a 70 percent target set for the summer.
The fresh data came as Merkel urged more Germans to get jabs, sounding the alarm over a fresh spike in cases in Germany.
“We are seeing exponential growth,” she told a news conference in Berlin, adding that “every vaccination... is a small step toward a return to normality.”
Germany has seen an incidence rate of 12.2 new cases per 100,000 people over the past seven days — more than double rates in early July.
“With a rising incidence rate, it could be that we need to introduce additional measures,” she said.
Germany joins a number of European nations that have seen cases climb in recent weeks fueled by the Delta variant, first detected in India.
European Central Bank chief Christine Lagarde warned of growing economic uncertainty caused by Delta, as the bank kept its vast stimulus for the eurozone firmly in place following a meeting of its 25-member governing council.
“The euro area economy is rebounding strongly,” Lagarde said, but the Delta variant could damp the post-lockdown recovery “in services, especially in tourism and hospitality,” she said.
France this week rolled out new rules requiring a so-called health pass for all events or places with more than 50 people before being extended to restaurants, cafes and shopping centers in August.
People need to show proof of vaccination or a negative test to gain access, after the country reported a new surge — more 21,000 new cases on Wednesday, the highest level since early May.

Italy on Thursday also said a health pass would be mandatory for people wishing to access bars, restaurants, swimming pools, sports facilities, museums and theaters from August 6.
It will also be necessary for people wanting to attend sports events, concerts and seminars.
Cases are also soaring in the UK, where most restrictions were lifted this week, and on Thursday British supermarkets warned of possible food shortages because staff were being forced to self-isolate.
On Thursday, a one-day international cricket match between the West Indies and Australia at the Kensington Oval in London was canceled at the last moment due to a positive Covid test from a “non-playing member of the West Indies team.”
A furious Czech Prime Minister Andrej Babis meanwhile blasted his country’s Olympic team as six athletes and officials tested positive for coronavirus in the Olympic Village. He called the incident a “scandal.”
Countries in Asia are seeing some of their worst outbreaks to date, with Indonesia becoming a new global hotspot as Vietnam and Thailand face new anti-virus rules.
In Tokyo, the Olympics were due to open on Friday after a year-long pandemic delay.
Spectators are mostly banned, and athletes, journalists and organizers are subject to strict virus measures.
“It’s completely different from the last Games (in 1964) when the whole city was filled with festive mood,” said 80-year-old Tokyo resident Michiko Fukui.
With no clear end to the pandemic in sight, attention turned once again to the international probe origins of the virus.
The WHO said last week that the probe should include audits of Chinese labs, but Chinese Vice Health Minister Zeng Yixin said on Thursday that he was “extremely surprised” by the WHO plan, which he said showed “disrespect for common sense and arrogance toward science.”