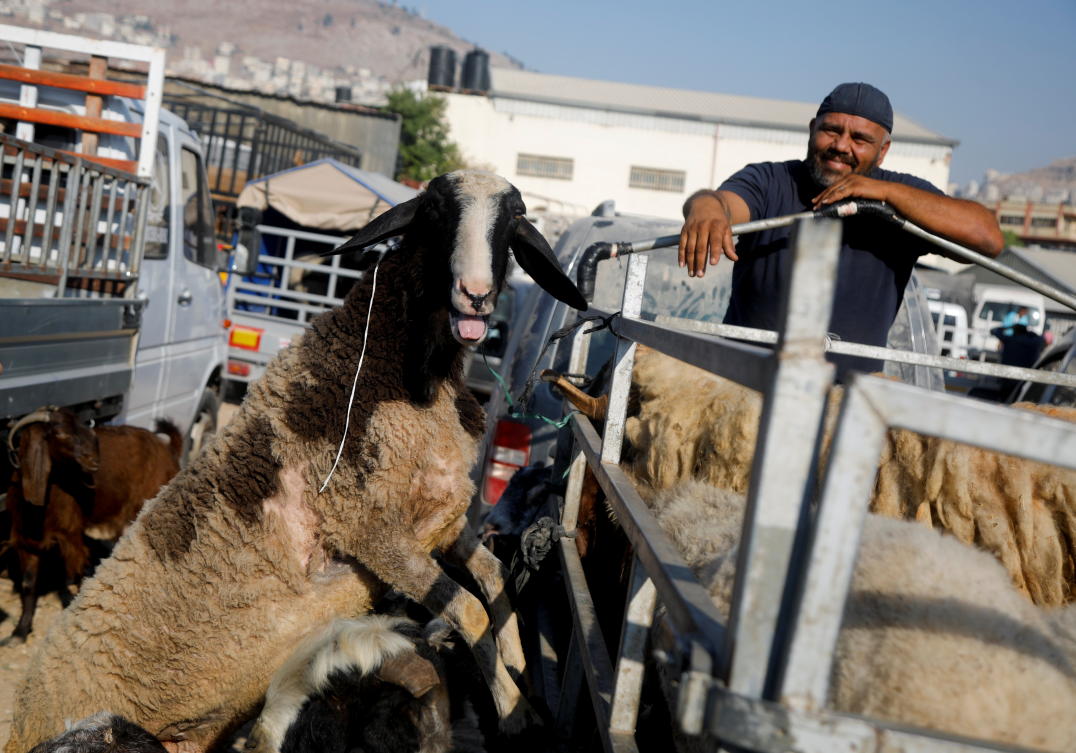 For Palestinians who lost loved ones in the fighting between Gaza militants and Israel two months ago, there is little cause for celebration during the upcoming Muslim holiday of Eid Al-Adha.
Known as the Feast of Sacrifice, it commemorates for the faithful the prophet Ibrahim’s readiness to sacrifice his son to show his dedication to God.
The holiday, coinciding with Hajj, the annual Islamic pilgrimage to Makkah, begins on Tuesday, and Muslims traditionally mark the occasion by slaughtering sheep or cows and exchanging gifts.

For this year’s four-day festival, Mahmoud Issa, a 73-year-old retired teacher, bought new clothes for his grandchildren and took them to a farm to choose an animal to slaughter.
But he mourns the death of his daughter Manar, 39, and her daughter, Lina 13, who he said were killed by an Israeli missile that destroyed their house in the Bureij refugee camp on May 13. Manar’s husband and three other children survived.
“As adults, we are still haunted by pain, but we must get the children out of this atmosphere and make them live the atmosphere of Eid, so that they forget the pain of losing their mother and their eldest sister,” Issa said, sitting next to a large mural of Manar. 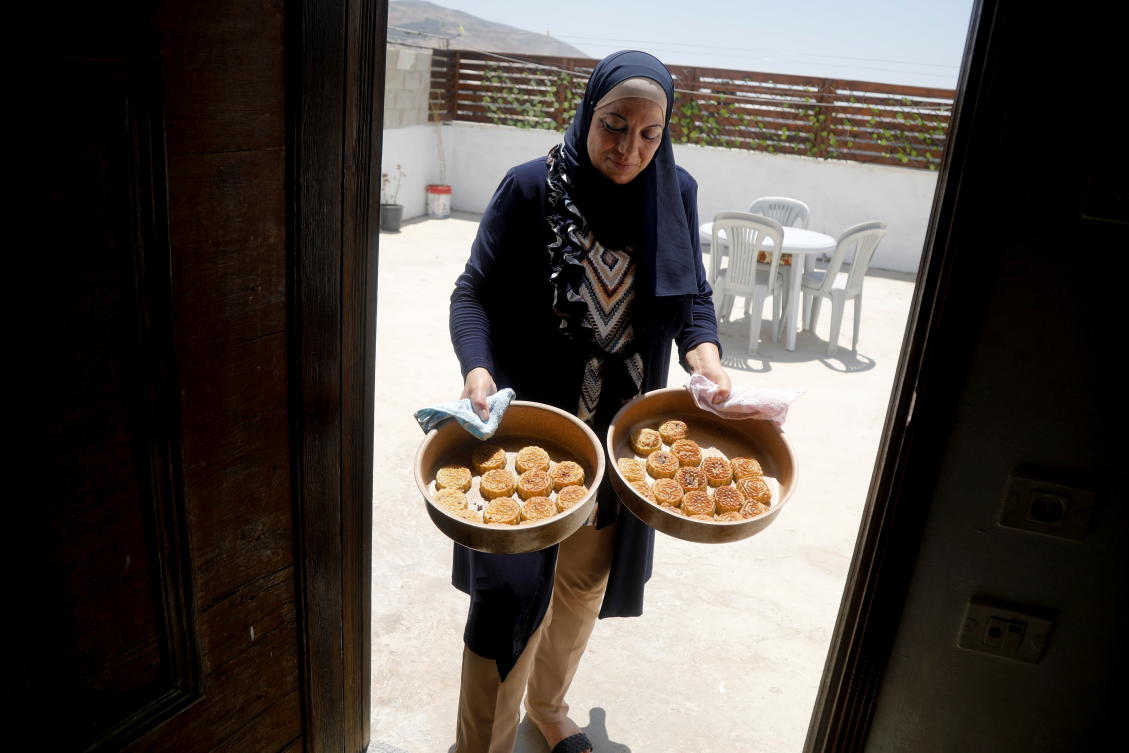 Gaza’s Hamas government says 2,200 homes were destroyed and 37,000 damaged by Israeli bombing during the 11 days of cross-border fighting in May.
More than 250 Palestinians were killed in hundreds of Israeli air strikes in Gaza that were launched after Hamas began firing rockets at Israel in retaliation for what the group said were rights abuses against Palestinians in Jerusalem.
Thirteen people were killed in Israel during rocket barrages that disrupted life and sent people running for shelter.
In Gaza’s livestock markets, breeders and farmers reported poor sales ahead of the holiday. At one market in the town of Khan Younis, some customers loaded animals onto donkey carts to take them home.
“This year, the purchase of animals is weak because of the blockade, war and the coronavirus,” said merchant Saleem Abu Atwa, referring in part to tight border restrictions imposed by Israel and Egypt, which cite security concerns for the measures. 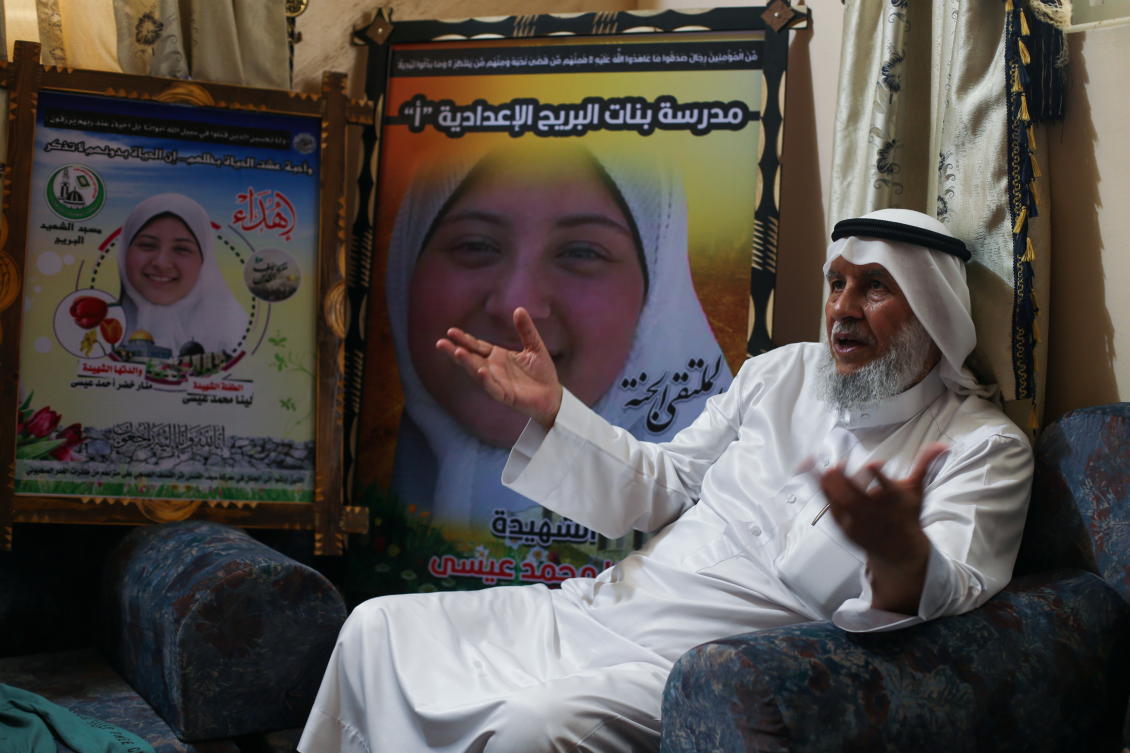 “We hope calm continues. It is for the sake of everyone,” he added.
At a street stall in Gaza’s busy Rimal neighborhood, Mohammad Al-Qassas laments the destruction of his shoe store in the fighting as he sells goods that he salvaged from the rubble.
The 23-year-old fears that an Egyptian-brokered truce that ended the most serious hostilities between Gaza militants and Israel in years might not last.
“Another war would be a disaster,” he told Reuters.

Girls excluded from returning to secondary school in Afghanistan

Hunger strike of British-Afghan mothers is on 4th day