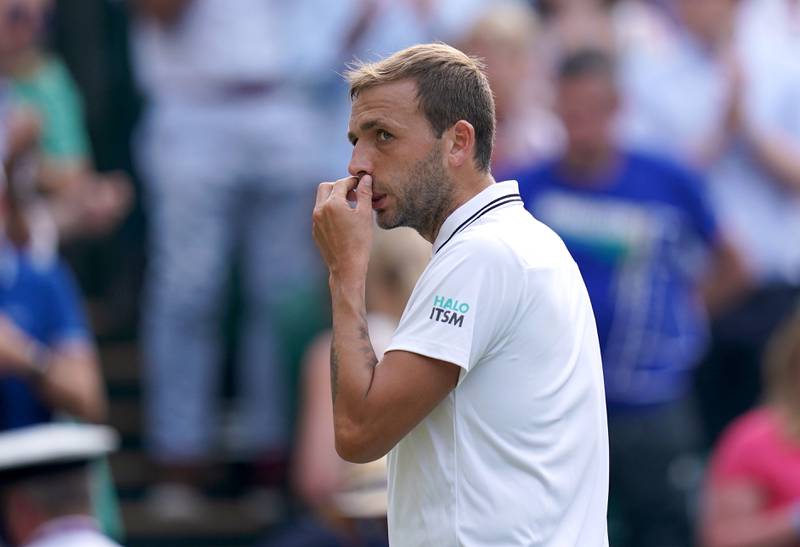 British No 1 Dan Evans has become the latest player to pull out of the Tokyo Olympics after testing positive for Covid-19.

The 31-year-old, having previously expressed reluctance to compete in Japan, was due to play singles and doubles alongside Neal Skupski.

Evans, who lost in the third round at Wimbledon, recently tested positive for coronavirus and has had no time to prepare for the Games.

Evans wrote on his Instagram story: “Hi guys, unfortunately I recently tested positive for Covid-19. As a result, I will not be able to prepare and get myself ready for the Olympic Games in Tokyo.

“I am hugely disappointed and currently self isolating according to the guidelines as set out by the government.

“I want to wish the entire GB team all the very best for the Games and look forward to being back on court in the near future.”

Evans failed to make the second week at Wimbledon again, having previously never done so, after losing to upcoming American Sebastian Korda in four sets on Centre Court.

Emma Raducanu Splits with Coach after US Open Victory

Zverev to play at Halle grass court tourno until 2024