Why do we celebrate Independence Day on July 4? And when did fireworks become a tradition? 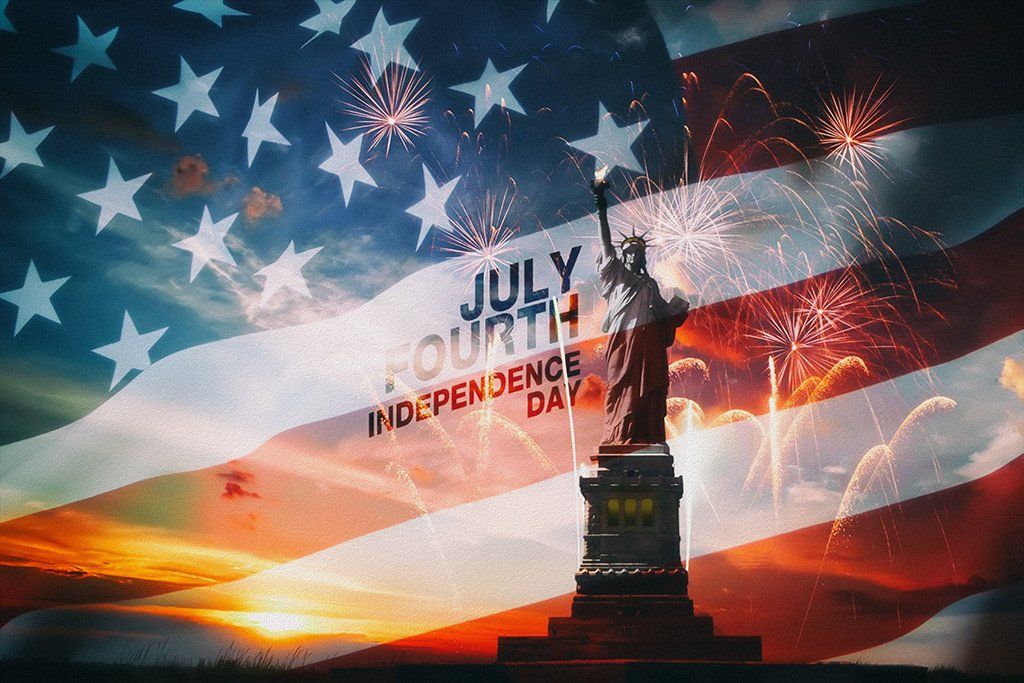 Americans across the country are set to celebrate July 4 this weekend with parades, barbeques and red, white and blue gear.

In the nation’s capital, President Joe Biden is set to host a group of essential workers and military families on the South Lawn of the White House on Sunday. The National Park Service is also hosting the annual Independence Day fireworks celebration on the National Mall.

But why does the United States commemorate July 4 specifically, since the Declaration of Independence actually was signed later? When did Americans start observing the patriotic holiday, and why do we set off fireworks?

Here’s what you need to know about Independence Day:

What do we celebrate on July 4?
July 4, also known as Independence Day, marks the anniversary of the Second Continental Congress adopting the Declaration of Independence on July 4, 1776.
The Congress, made up of delegates from the United States’ original 13 colonies, unanimously approved the document that declared independence from Great Britain.

Barbara Clark Smith, a curator of political history at the National Museum of American History, told USA TODAY that it was an “extraordinary achievement for these colonists to get together” to adopt the founding declaration.

“They did find a way to put differences aside and join together to work for a common goal,” she added. “While declaring independence, they also declared interdependence.”

Another fun fact: Many of the original signers didn’t ink their names on the Declaration of Independence until Aug. 2, 1776.

What were the first Independence Day celebrations?
Some Americans began celebrating July 4 the year after the Declaration of Independence was signed. In a letter to his daughter, former President John Adams wrote that July 4, 1777, was celebrated in Philadelphia “with a festivity and ceremony becoming the occasion,” according to the Library of Congress.

But July 4 became more widely observed by Americans following the War of 1812. Independence Day became the most important nonreligious holiday for many Americans by the 1870s, and Congress passed a law making Independence Day a federal holiday on June 28, 1870.

Who wrote the Declaration of Independence?

The Declaration of Independence was penned by Thomas Jefferson.

Jefferson and four other members of the Second Continental Congress, including Adams, Benjamin Franklin, Roger Sherman and Robert Livingston, made up a committee in 1776 tasked with drafting a declaration, which would later go through dozens of changes before being signed by 56 men.

But Jefferson is credited with writing the document we know today that calls for “unalienable rights” including “life, liberty and the pursuit of happiness.”

However, the declaration's famous words did not apply to everyone in the thirteen colonies, such as enslaved people, Indigenous populations and other groups.

Why do we have fireworks?

At the first July 4 celebration in Philadelphia in 1777, Americans fired a cannon 13 times in honor of the original 13 colonies. Thirteen fireworks were also fired in the city as part of the celebrations.

Revelers in Boston set off fireworks in 1777 as well, according to Smithsonian Magazine.
Kate Haulman, an associate professor of history at American University, told USA TODAY that fireworks and other festivities fit into a tradition of public celebrations in England, citing Guy Fawkes Day, which commemorates a foiled plot to blow up the Houses of Parliament.

And Americans have continued to celebrate with fireworks and into the 21st century, with sales of fireworks surging in 2020.

How will Americans celebrate July 4 this year?

In 2021, many Americans will both celebrate July 4 and commemorate being able to gather safely after receiving COVID-19 vaccines.
The Centers for Disease Control and Prevention earlier this year released guidelines saying fully vaccinated U.S. residents can attend gatherings in homes or other indoor settings without wearing a mask or practicing social distancing.