Yemen's Southern Transitional Council (STC) has suspended its participation in consultations with the government to implement the Riyadh Agreement, following the arrests of STC leaders southeast of the country.

This came in a statement issued by Spokesperson for the UAE-backed STC Ali Al-Kathiri on Friday, published on the council's website.

Two weeks ago, consultations were launched between the Yemeni government and the STC in the Saudi capital, Riyadh, to complete the implementation of the Riyadh Agreement under the auspices of the Kingdom of Saudi Arabia.

Al-Kathiri accused the government forces of arresting a number of STC leaders, including head of the STC local leadership in Hadhramaut, Jaafar Abu Bakr, and his deputy Hassan Saleh Al-Amoudi.

The STC spokesperson explained that the arrests took place while the aforementioned leaders were passing through a military checkpoint in the Shabwah governorate, which is under government control.

He added: "In the face of this terrorist act, we announce the suspension of the Southern Transitional Council delegation's participation in the consultations to implement the Riyadh Agreement, holding the militias (government forces) and their leadership in the Yemeni legitimacy system responsible for the consequences of these actions."

The Yemeni government has not yet issued comment on the matter.

On 5 November, 2019, the Riyadh Agreement was signed under Saudi sponsorship with the support of the United Nations to resolve differences between the Yemeni government and the STC.

Among the most prominent provisions of the deal is the formation of a 50-50 government, between the north and the south, in which the STC participates (it was formed on 18 December, 2020), in addition to resolving the military crisis in Aden and other areas that witnessed confrontations between the two parties, including the Abyan governorate.

However, no significant progress has yet been made on the issue of implementing the military part of the Riyadh Agreement, especially the integration of the army and security forces affiliated with the government and the STC, under the leadership of the ministries of interior and defence.

The STC is still maintaining security and military control over the interim capital, Aden, since August 2019, in addition to taking over other southern areas.

World Bank: 70% of Yemenis are at risk of starvation

The Olympics Are Getting Political 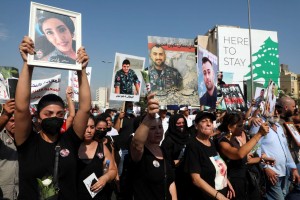 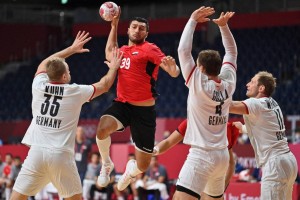 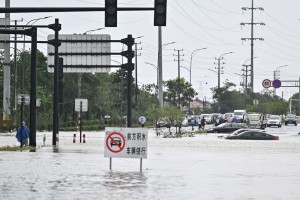