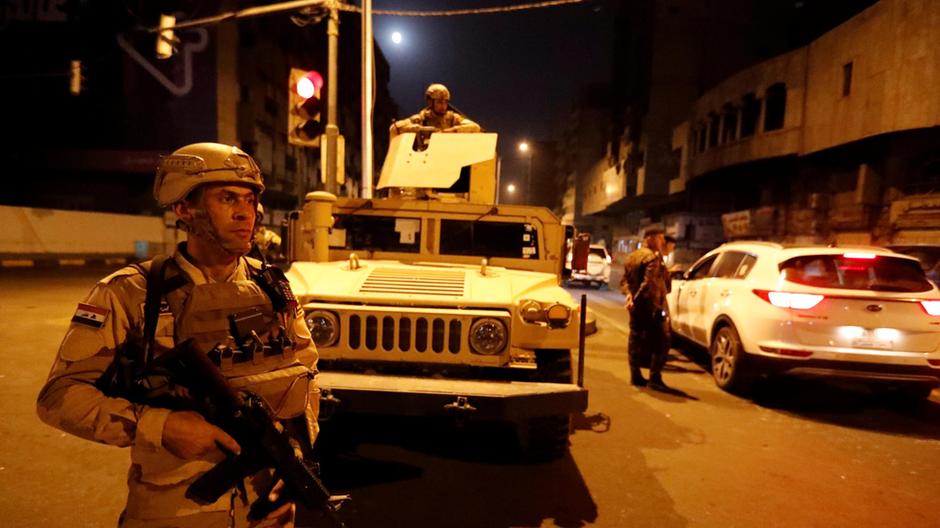 Two drones laden with explosives have been shot down by Iraqi security forces outside Baghdad.

One was flying over the Rasheed Camp area in the south-east of the capital and the other was shot down over the southern suburb of Al Kirtan, Iraqi Joint Operations Command said in two statements.

It is unclear which group operated the drones, which were destroyed late on Tuesday. The authorities did not provide more details on their model or routes.

Photos of the wreckage suggest they are basic unmanned aerial vehicles, distinct from more advanced designs such as the Chinese Wing Loong II or the US Reaper.

This is the first time Iraqi forces have shot down drones since the Iran-backed militias increased drone attacks against US troops based in Iraqi military bases.

The latest attack was at dawn on Monday when a drone dropped bombs above Camp Victory next to Baghdad International Airport, hitting the outer fence of the Iraqi Air Force base. No casualties were reported.

Earlier this month, two explosive drones were destroyed over Ain Al Asad base housing US troops, located in the Iraqi Western Desert.

Iran-allied Shiite militias have stepped up their attacks against US forces since the US drone attack January 3 last year that killed Qassem Suleimani, the commander of Iran’s Islamic Revolutionary Guard Corps’ Quds Force.

Since then, the militias have been staging bomb, rocket and now drone attacks against military bases, logistics convoys and the American Embassy in Baghdad, to force US troops out of Iraq.

Threats of more attacks renewed on Monday, from one of the influential pro-Iran militia leaders.

“Iraqi resistance factions will not give up the military choice and military operations - only after the US troops leave Iraq,” said Qais Al Khazali in a televised speech to mark the anniversary of the death of a senior Shite cleric.

“The decision to escalate [the attacks] has come into force,” added Mr Al Kazali who leads the Asaib Ahl Al Haq militia.

He warned that if US troops respond by attacking the militias' leaders or headquarters then “they have to be sure that we are capable to strike back”.

The use of drones against US interests by Shiite militias is a recent tactic. The US military has also accused pro-Iran Iraqi groups of helping Yemen's Houthi rebels carry out attacks against critical infrastructure in Saudi Arabia.

On Sunday, Iran-backed militias in Iraq revealed a collection of long-range drones that could hit other countries in the region, including Israel.

Video footage emerged on social media of Iraqi groups in the Popular Mobilisation Forces, an umbrella organisation of militias, parading an array of apparently new drones.

Most PMF groups are trained, advised and equipped by Iran, although they have a formal status in Iraq's armed forces.