the Honda Civic RS is a safe and stylish performer 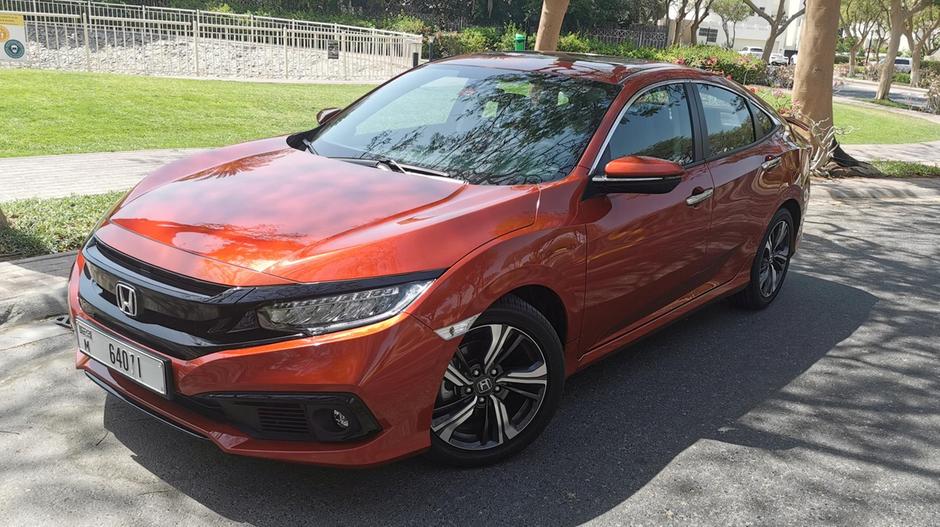 It’s still a long way from the extroverted, winged, high-revving Type-R Civic sold elsewhere and, even though this 10th-generation Civic has nearly run its life, with the 11th generation due next year, the new RS derivative is a refreshingly enthusiastic drive for its market segment.

While I’m not a huge fan of CVT transmissions, they do return outstanding fuel economy, and at least the CVT in the Civic RS has a stepped change programmed into its ECU to give the feeling of it changing gears when you use the paddle shifts.

It’s a bit of a game, as you’re not really changing gears at all, given it’s a constantly variable system, but it feels sportier than other CVT units. Having peak torque develop down at 1,700rpm also helps, as does the crisp throttle response matched to a beautifully revvy engine that reminds me of those classic Hondas, delivering power right to the top end of the rev band.

Hondas have also traditionally had great driving positions and this remains true with the RS, with a nicely balanced steering wheel that was placed so as to keep a clear view of the no-fuss, yet still futuristic digital gauges and provide easy reach of surrounding buttons.

The seats are hugging, offering nice side support without being overly cramped, letting you spend hours in there, but still be well supported on winding roads.

I like that you can lower the seat to the floor to deliver a more sporting vibe. The weighting of the wheel and the ancillary controls all add to the quality feel you get throughout the interior. 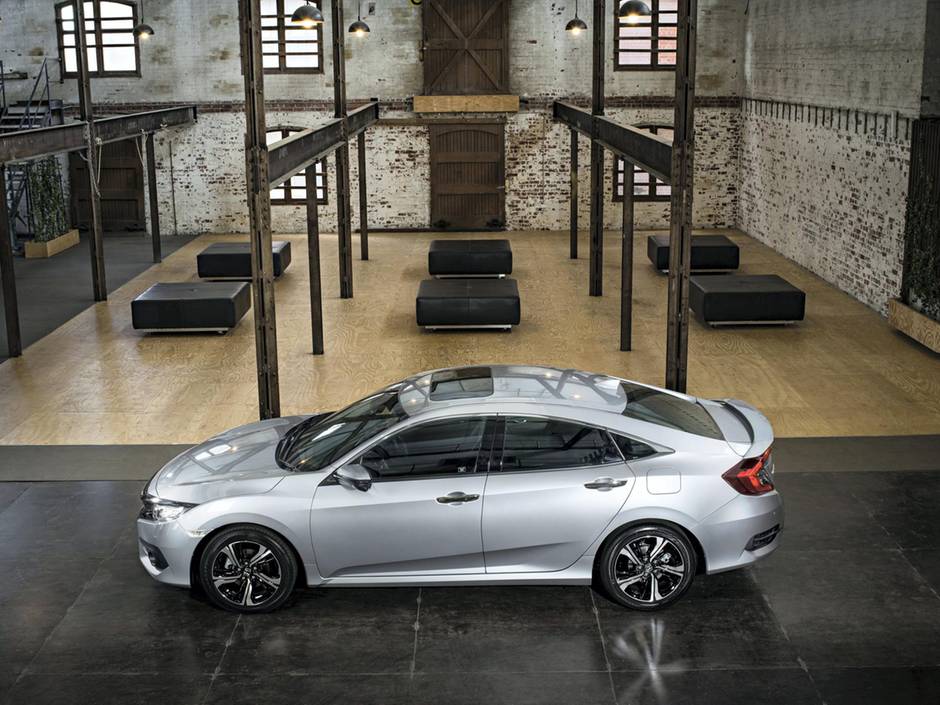 The cabin is spacious and comfortable, and the five-inch centre console screen has an added feature that should be mandatory on all cars in this region as it provides a second pair of eyes when indicating to change lanes.

Flick the indicator and a camera under each rear-view mirror shows you the blind spot on screen. It’s perfect for right turns where a rogue food courier bike might have sneaked between you and the gutter, or if you’re merging left on to the motorway. In less than a day, this became an extra safety feature I started to rely on while negotiating our busy streets and motorways. 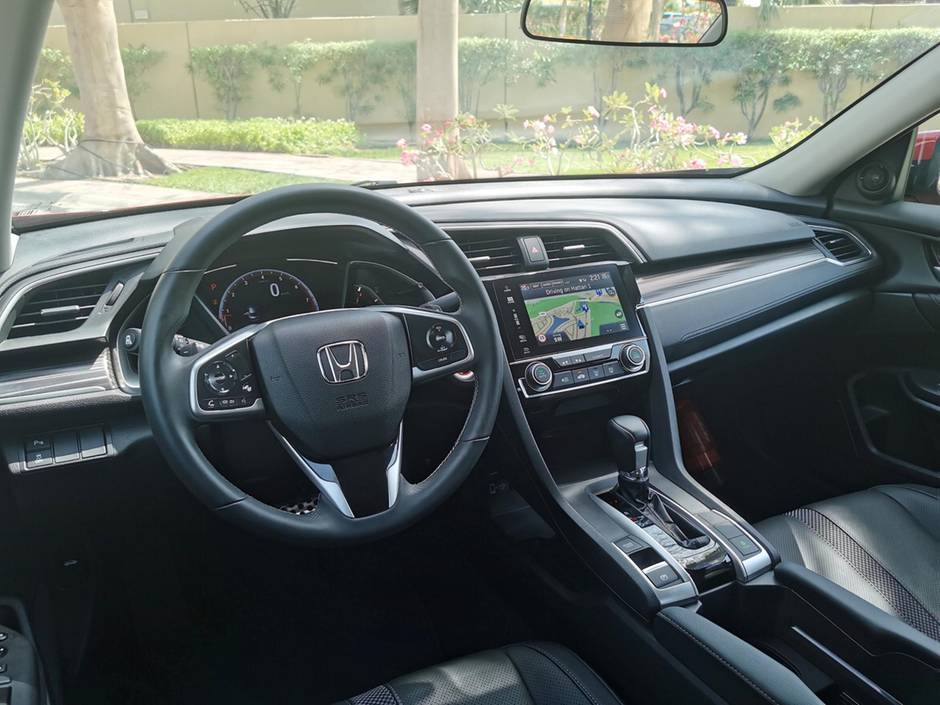 There are USB ports and wireless charging for your phone, but they are semi-hidden and not in the most convenient places when you need them. There’s also plenty of storage space with a large centre console bin, cupholders and places for keys and wallets.

The stylish lines of the Civic RS are a winner and it will still look good in years from now; however, it comes at the small price of the cut lines that make entry to the boot tighter than I’d like.

That’s because the boot has a huge 519-litre capacity that extends to almost double that when you fold the 60:40 split rear seats flat. It turns the Civic RS into a genuine load-lugger for things such as bicycles and small ladders, so long as you can get them through the relatively small boot opening to start with.

The Honda Civic RS is a nicely balanced, sharp-looking and spacious runaround that’s economical thanks to its CVT transmission and has perky performance from Honda’s renowned engineering prowess, extracting great performance from a small engine. You can’t help but feel its hereditary when you hook it up to some nice roads.

Here’s hoping this signals the start of Honda’s return to its performance glory days.