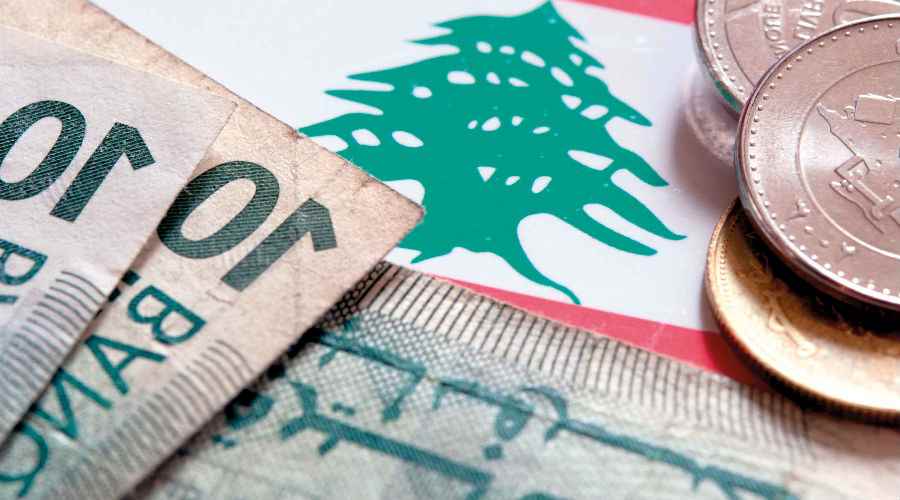 Public prosecutors in Lebanon have been instructed to crack down on the monopoly on foodstuffs and oil derivatives as political, security and diplomatic concerns grow over explosive daily protests.

The spontaneous protests are also demanding access to medicine, fuel, hospitalization and electricity.
The Crisis Observatory at the American University of Beirut warned that “the risk of Lebanon falling into the rank of failed states has become a reality after it fell 36 places over five years.” Its rank in 2021 was among the 34 most failed states out of 179 states.
The Public Prosecutor at the Court of Cassation, Judge Ghassan Oueidat, on Monday called on public prosecutors in Lebanon to “strictly pursue the monopoly of foodstuffs and oil derivatives, after there has been a lot of refraining from selling these subsidized materials, or selling them at prices that exceed the set price.”
Judge Oueidat said that what is happening “are crimes stipulated by law and must be prosecuted, and shops, warehouses and stations belonging to the suspects must be sealed with red wax.”
The judicial procedure came as trade unions and civil bodies prepare for a general strike that begins on Thursday to push for the formation of a government.
On Monday, unions of food industries, bakeries, transport workers and taxi drivers announced that they would respond to Thursday’s strike.
Bechara Al-Asmar, head of the General Labor Union, told Arab News: “Our move will be escalatory. I don’t know if the strike will last more than a day; we will see what happens Thursday.”
On the possibility of controlling the street in light of the current mood, Al-Asmar said: “Today, the prices of dairy and cheese have increased by 40 percent without anyone being held accountable.”
He added: “The argument for raising prices was electricity rationing and the difficulty of obtaining diesel to run private generators.
“In this case, we must raise our voices. We cannot remain silent about this chaos that is taking place in the absence of any executive reference in the country.
“There is a positive response from unions and civil society to Thursday’s move through carrying out central sit-ins so as not to easily breach them and turn them into riots or chaos.
“I know that there are caveats, but we must raise our voices,” Al-Asmar said.
The union chief added: “If they form a government before Thursday, we will stop our movements.”

In the Observatory report — obtained by Arab News on Monday — the caretaker government came under criticism for dealing in “an amateur way in negotiations with international bodies and donor funds.”
The observatory feared that “the government’s handling of multiple crises has become a threat to the lives of citizens.”
Parliament Speaker Nabih Berri is mediating between Prime Minister-designate Saad Hariri and his political opponent, the head of the Free Patriotic Movement (FPM), Gebran Bassil, to find solutions for the formation of a government.
The mediation, which has been going on for two weeks, has not yet succeeded.
Last Saturday, a meeting of the Supreme Islamic Shariah Council, on behalf of the Sunni community, expressed strong support for Hariri, declaring him the first and last candidate to head the government.
Berri and Hezbollah support the designation of Hariri as prime minister, according to their declared position.
In a statement on Monday, the Amal Movement, headed by Berri, indirectly criticized the presidential team, which insists on naming Christian ministers and having the blocking third in the government.
The statement spoke of “some people persisting in violating the constitutional rules by trying to create new norms that affect the foundations of national balances and the foundations established by the Taif Agreement.”
The Lady of the Mountain Gathering, which is a political group opposed to the policies of Hezbollah and its allies, said that Hezbollah “does not want a government. Otherwise it would have imposed a government on Lebanon. It is carrying out Iranian orders.” Meanwhile, the head of the finance and budget committee, MP Ibrahim Kanaan, reported that the World Bank had “expressed willingness to reconsider allocating $1 billion of its loans in accordance with the urgent needs of Lebanon. They can be used in the context of addressing subsidy lifting or rationalization, i.e. the social safety net will have an executive path that ranges between three and six months, in accordance with the response of the Lebanese government.” 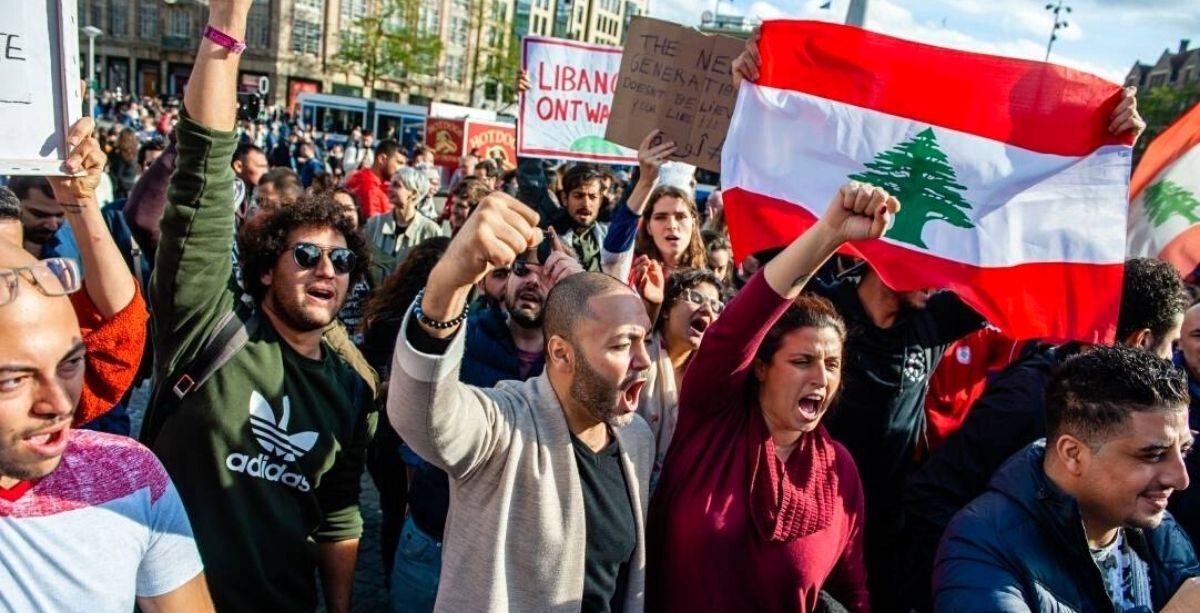 The MP’s remarks came after a review session of unimplemented loans with the World Bank.The dollar exchange rate on the black market stabilized at the beginning of the week at a new record level, in light of the citizens’ distrust of the political and monetary authority.
The US dollar was traded at about LBP15,000, while the rush for fuel continued.
Queues of cars waited in front of gas stations in Beirut and most areas because importers reassured “that the quantities supplied as of Monday will be sufficient for the next two weeks, and they are rationed to limit smuggling to Syria and to prolong subsidy.”
The observatory report cited a growing set of indicators in Lebanon. They included “the security threat and political violence, the division of elites and political groups, the economic decline, the loss of state legitimacy, the increase in foreign interference, the deterioration of the human rights situation and the rule of law, and displacement, especially after the explosion of the port of Beirut.”
The observatory warned that “the political class deals with all living issues from the perspective of its narrow accounts and interests.”
It said the caretaker government’s reluctance to take proactive measures had exacerbated the collapse. “The government’s policy has no policy anymore.”
The observatory noted that “the ministers of the caretaker government do not seem interested in addressing the Lebanese and explaining anything related to their food, health or living security.”
It added that certain employees of the Banque du Liban (BDL) and other institutions “are the ones who determine all policies, without the slightest accountability or coordination.”
The observatory said that “the caretaker government deals with the situation in an amateur way in negotiations with international bodies and donor funds, so the signing of the agreement with the World Bank (WB) to finance the social safety net program is delayed by seven months after the approval of the WB’s board of directors on the loan, while the Lebanese poor are in dire need of immediate support.
“This government also seems incapable of dealing with issues of monopoly and smuggling, and the resulting bleeding in times of scarcity,” it said.