US President Joe Biden will seek to restore bonds of trust at NATO’s first post-Trump summit on Monday, as leaders push to revitalize the alliance despite differences over dangers ahead.
The allies will agree a statement stressing common ground on securing their withdrawal from Afghanistan, joint responses to cyberattacks and relations with a rising China.
Biden’s predecessor Donald Trump undermined faith in the West’s security architecture by questioning Washington’s commitment to defend European partners.
And he clashed publicly with counterparts the last time leaders met in 2019, before abruptly heading home early.
In contrast, Biden has firmly reasserted American backing for the 72-year-old military alliance — and his administration has been making a show of consulting more with partners.
But there remain divisions among the allies on some key issues — including how to deal with China’s rise and how to increase common funding.
Partners are concerned about the rush to leave Afghanistan and some question the strategy of an alliance that French President Emmanuel Macron warns is undergoing “brain death.”
“We do not view NATO as a sort of a protection racket,” Biden said Sunday after a conciliatory G7 gathering in Britain.
“We believe that NATO is vital to our ability to maintain American security.”
He stressed the United States had a “sacred obligation” to the alliance and the principle of collective defense, promising he would “make the case: ‘We are back’, as well.”
The summit at NATO’s cavernous Brussels headquarters is set to greenlight a 2030 reform program.
The leaders will agree to rewrite the core “strategic concept” to face a world where cyberattacks, climate change, and new technologies pose new threats.
Looming large in the background is the scramble to complete NATO’s hasty withdrawal from Afghanistan after Biden surprised partners by ordering US troops home by September 11.

“I’m very confident that this summit will demonstrate the strong commitment by all NATO allies to our transatlantic bond,” NATO Secretary General Jens Stoltenberg told AFP.
“We have a unique opportunity to strengthen our alliance.”
European diplomats insist that confronting an emboldened Russia remains the “number one” priority for an alliance set up to counter the Soviet threat in the wake of World War II.
Moscow’s 2014 seizure of Crimea gave renewed purpose to NATO and fellow leaders will be keen to sound Biden out ahead of his Wednesday meeting with Russian President Vladimir Putin.
On China, Biden is picking up from where Trump left off by getting NATO to start paying attention to Beijing and is pushing for the alliance to take a tougher line.
But National Security Adviser Jake Sullivan, briefing reporters from Air Force One, played down how big a part this would play in the statement. “The language is not going to be inflammatory,” he said.
Many allies are wary of shifting too much attention away from NATO’s main Euro-Atlantic sphere.
“This is not about moving NATO into Asia, but it’s about taking into account the fact that China is coming closer to us,” Stoltenberg told AFP.
He pointed to attempts by Beijing to control critical infrastructure in Europe, its moves in cyberspace and heavy spending on modern weapons systems.
“NATO has to be ready to respond to any threats from any direction,” he said. 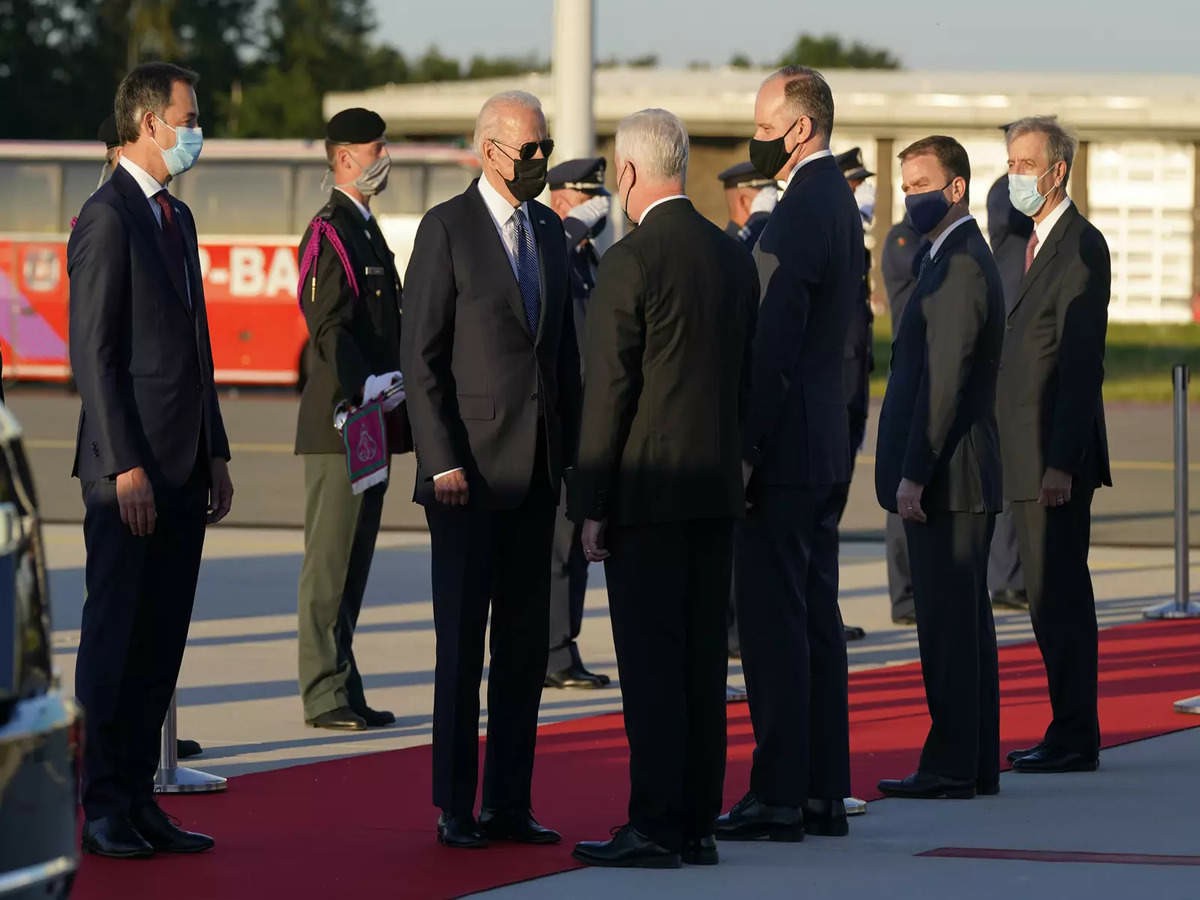 As NATO looks to the future, it is putting one of its most significant chapters behind it by ending two-decades of military involvement in Afghanistan.
Allies are patching together plans to try to avert a collapse of Afghan forces when they leave and figuring out how to provide enough security for Western embassies to keep working.
Biden will discuss a Turkish offer to keep troops at Kabul airport, in a meeting with leader Recep Tayyip Erdogan.
Ankara has offered to secure the essential transport hub, but insists it would need American support.
Sullivan said the leaders would discuss how “our embassies can stay in a safe and secure way in Afghanistan, to be able to do all the things they definitely want to do, providing for the Afghan government and security forces, the people.”
But the US president is also set to push Erdogan on Turkey’s purchase of Russian missile defenses and human rights.
As part of a reform agenda over the next decade, Stoltenberg is pressing for allies to improve political cooperation.
But there have been disagreements over proposals for increased common funding for NATO, with France especially arguing it would distract from efforts by individual nations.
On that front Biden is expected to tone down Trump’s rhetoric, bashing allies for not spending enough.
But he will still push European allies and Canada to further boost defense budgets to reach a target of two percent of GDP.
Stoltenberg said allies are expected to sign off on a new cyber defense policy and to create a fund to help start-ups developing groundbreaking technology.
They could also rule for the first time that an attack on infrastructure in space — such as satellites — could trigger the bloc’s collective self-defense clause.