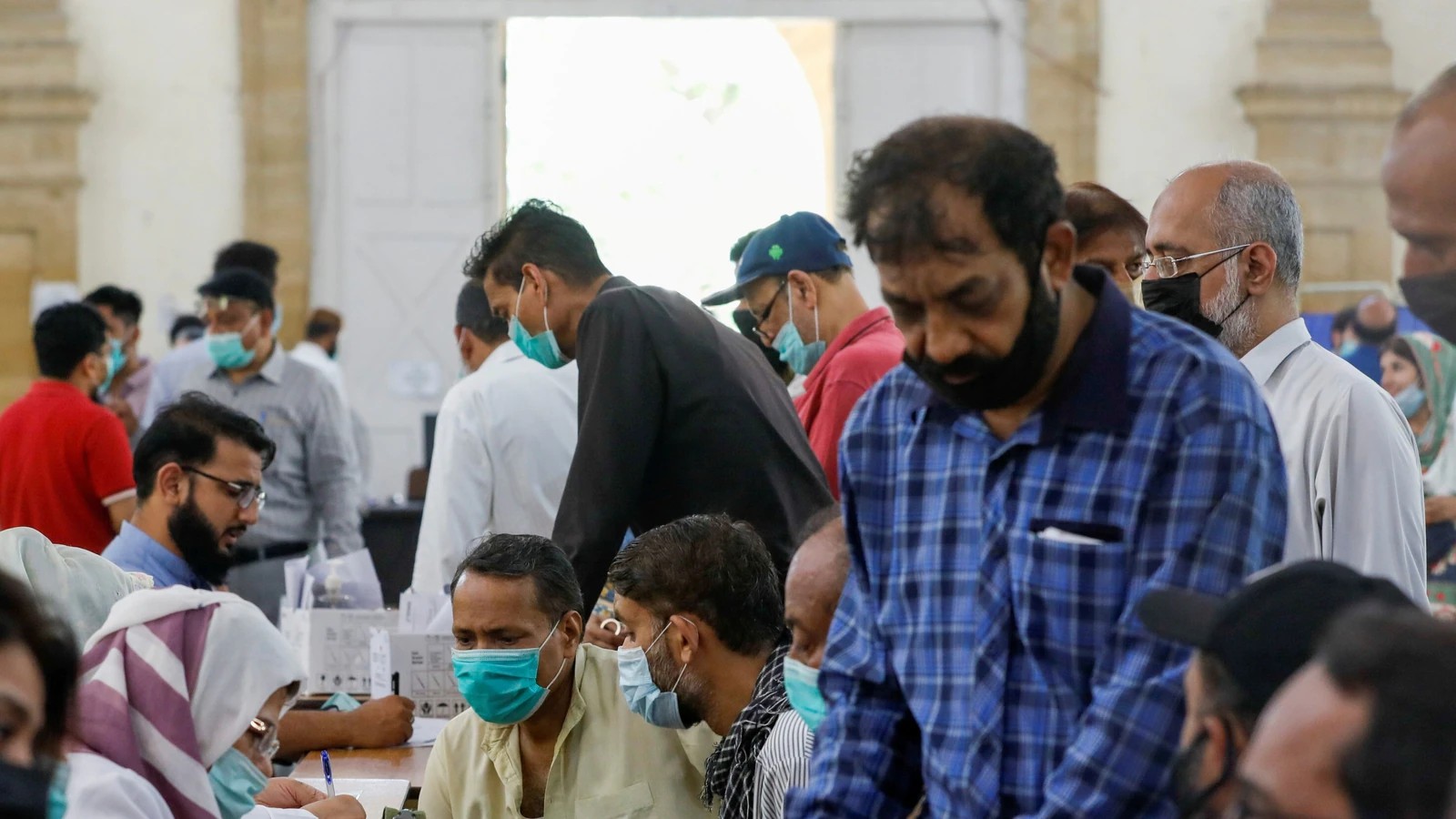 Pakistan has received 14.5 million coronavirus vaccine doses since it began its vaccination campaign in February, and plans to buy a further 90 million doses to inoculate the adult population in the second half of the year, the country’s health ministry has said.

Announcing its 2020-21 federal budget, Pakistani Minister of Finance Shaukat Tarin said that the government has allocated $1.1 billion to buy coronavirus vaccines and plans to vaccinate 100 million people out of the country’s 216 million population by July 2022.
It has also set aside 100 billion Pakistani rupees ($641 million) to combat coronavirus in the next fiscal year.
According to data shared with Arab News by health chief Dr. Faisal Sultan, as of June 9, the country had received 14.5 million vaccine doses, of which 11.06 million had been bought from pharmaceutical companies, 2.7 million donated by China and a consignment of 1.34 million contributed by Covax, the global dose-sharing platform for poorer countries.
Last November, Pakistan’s government allocated $150 million to buy COVID-19 vaccines from international manufacturers. The fund has been used to buy 11.06 million doses as well as pay transportation costs and buy the equipment needed to administer vaccines across the country, according to Dr. Rana Muhammad Safdar, director-general of health in Islamabad.

As of June 8, about 9.9 million doses of the 14.5 million total doses received had been administered, according to data provided by the health chief. According to a government portal, 3.6 percent of Pakistan’s 70 million adult population has been fully inoculated so far.
Of the doses administered, most people — 3,513,088 — have received a Sinovac jab, Sultan said, adding that 2,548,788 people have been given the Sinopharm vaccine.
There are 1,876 vaccination centers in the country, which the government aims to increase to 4,000.
Islamabad, Pakistan’s capital, has vaccinated the highest number of eligible individuals — 320,000 — or 27 percent of the city’s adult population.
Most of those vaccinated in Pakistan have been men, data showed, with the ratio of men to women receiving vaccinations being 60:40.
The country has already placed orders for an additional 90 million doses of the vaccine, the health chief added.
He said that authorities expected to receive 34 million doses of the Sinovac vaccine later this year, including 4 million in June, and a further 5 million doses each month until December.
Pakistan is also securing 18 million doses of the China-produced CanSino vaccine, which includes delivery of 3 million doses of the drug every month from July to December.
The US Pfizer vaccine will be administered across the country as well, with 1 million arriving in July and 11 million between July and  December, totaling 12 million doses.
Separately, Pakistan will receive another 1.23 million dose delivery of the UK-produced AstraZeneca jab this month, donated through the Covax platform.
However, the government has voiced concern at people failing to show up to receive a second jab.
“About one in five people fail to have their second dose,” Sultan said.
But Safdar said that the missed appointments might be the result of a backlog in late May, and that “people are now turning up, including those who missed their dose.”

Pakistan says Iran border 46% fenced, to be completed in a year

Pakistan may ban air travel for unvaccinated people from Aug.1

Pakistan gets 2.5M doses of Moderna from US