Road test: the McLaren 620R is a car for the racetrack 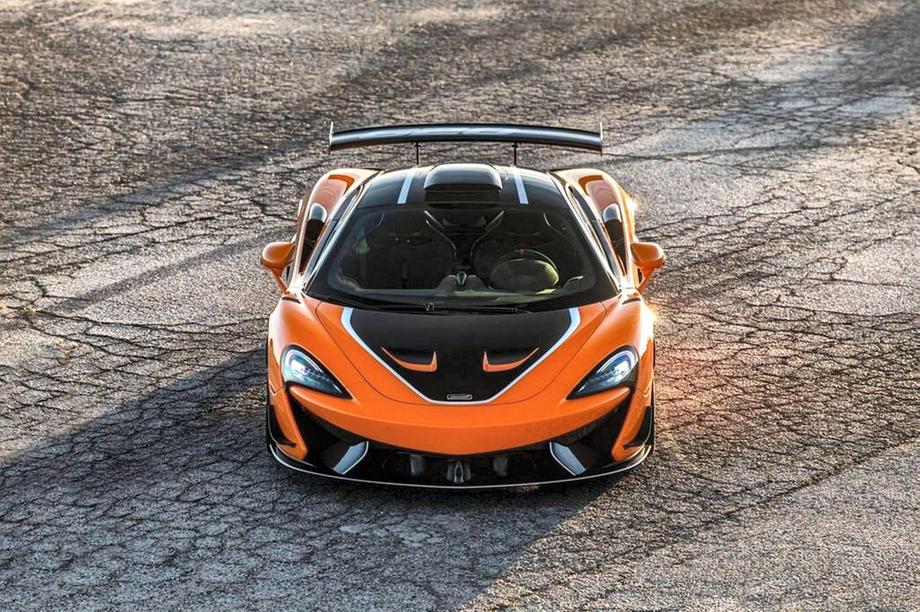 As supercars go, some attract your attention, others demand it. The McLaren 620R is the latter. Ignore it at your peril. Walk past it dismissively and it’ll grab you by the shoulder, spin you around and smack you in the face. That’s just the sort of car it is.

So, feast your eyes on this bright orange projectile. Notice the Tron-like white outlines highlighting the side air-intakes, front spoiler and side skirts. Take in the presence of a LeMans-style roof scoop, and marvel at that massive rear wing. And what’s this? Sponsor branding on the flanks? Is this a race car, is it a road car, or is it a bit of both?

The 620R is a bookend for the Sports Series in McLaren’s product line. The Sports Series was a kind of (dare I say it?) “entry-level” range. Above it was the Super Series and, for ultra-exclusive hypercars, the Ultimate Series. This is being reconfigured. Ultimate remains, Sports is ditched, Supercars replace super and welcome the comfier GT Series.

Adapted for road use, in theory 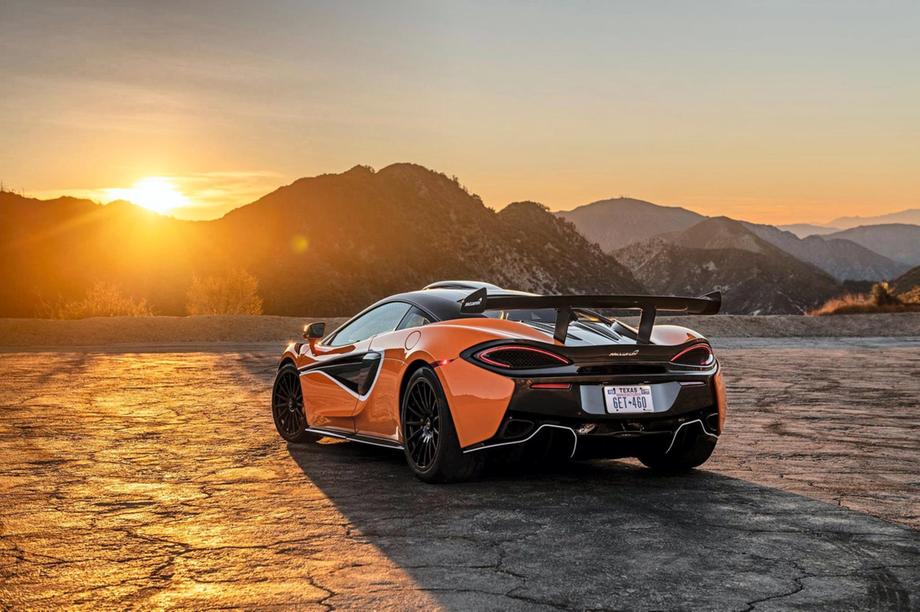 The Sports Series featured the 570GT and 600LT and also sired a race car in the form of the 570S GT4. The 620R is essentially that car, but adapted for road use. However, while it has the same de rigueur 3.8-litre twin-turbo V8, there is more power, about 50 more brake horsepower, taking it to 611bhp, or 620PS as befits its nomenclature. Likewise, there’s 620Nm of torque delivered by the time you’ve revved up the engine to 3500rpm. Which won’t take very long at all.

I would say blink and you’ll miss it, but you won’t be able to shut your eyes – or recover your dropped jaw – if you deploy said torque and find yourself propelled from rest to 100 kilometres per hour in just 2.9 seconds. Keep your foot in. In another 5.2 seconds, you will reach 200kph, 2.3 seconds after that you’ll see off the quarter-mile, and eventually 322kph will arrive leaving the outside world a blur.

Rest assured that the 30-centimetre-high rear spoiler will keep you planted on the ground, as at half the speed, it was already exerting 185 kilograms of downforce.

While insane and mesmerising, the acceleration isn’t brutal or dramatic. It’s just very efficient and utterly relentless – so, in keeping with the purposeful nature of this car. The 620R also has full manually adjustable race suspension, although adaptive dampers can be had as an option. Most of the body is in lightweight carbon fibre.

Inside there’s a six-point race harness fitted, although it also gets regular three-pointed seat belts for daily use. The centre console has been raised slightly, so that you can reach it once the full harness has you tightly in its hold. The AC and sat nav are no-cost options, there’s Alcantara trim everywhere, and reduced sound-deadening means the Dh20,000 or so you’ll spend on the optional 12-speaker Bowers & Wilkins stereo is a waste of dirhams.

Pricey or not, what you absolutely must have is the R Pack, which includes more carbon fibre, titanium sports exhaust, track telemetry with cameras and, best of all, the roof scoop.

You might think that’s just a faux affectation, but blast up through the gears and the engine audibly sucks in huge gulps of air through the scoop. It’s like you’ve got Darth Vader clinging on to the top of the car, breathing menacingly and finally pronouncing: “The Force is strong in this one.” You’ll hurry back to the dealership, shouting: "Take my money!"

Suited to the racetrack, in reality 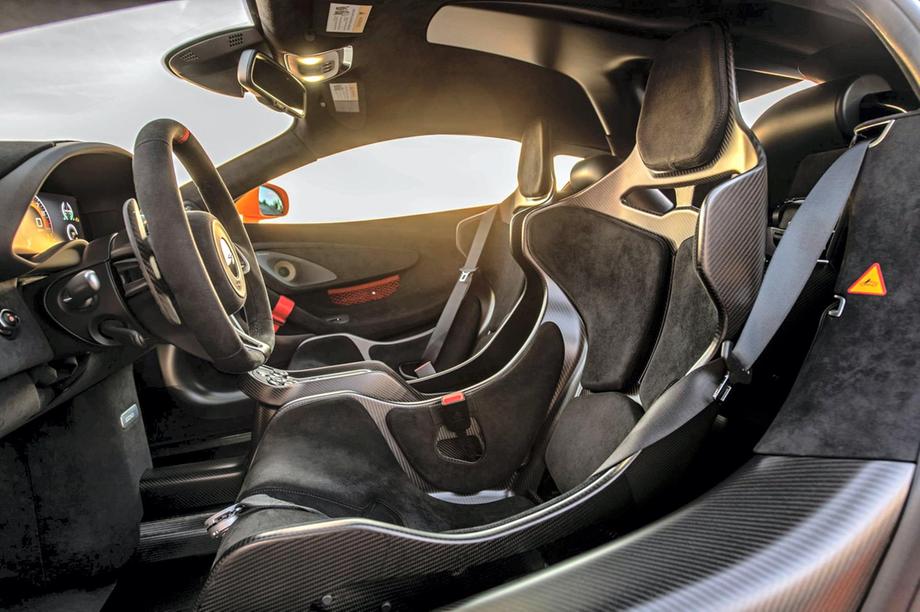 Escape the city limits and the 620R comes to life. Always on-edge in town, looking too extreme, sounding too loud and feeling too harsh, it’s when you find that smooth piece of tarmac and an enticing and challenging sequence of S-bends that its forte shines.

The steering is quick and super-responsive, the direction changes will put a crick in your neck, the chassis is unshakeably clamped to the road with no pitching, diving or squat, and the gear changes fast and furious when you want them to be. The toggle paddles are unique in that you can change up or down with either paddle.

Stop off at the chiropractor afterwards, though. Why? Because driving the 620R on the road is intense, emotionally and physically. The ride is utterly unyielding, it picks up ridges and bumps you can’t even see. It transmits everything to the cabin unfiltered.

On a track that’s ideal. In the real world, combined with the aural assault, straining to see out of it at junctions and the stress of guiding it through traffic, it can all leave your nerves frayed and your energy drained.

Stock up on energy drinks, you’ll need them when you get to the track, because that’s where you’ll be heading, of course. Once you’re there, you can swap the wheels for another set shod with custom-made slicks at special request from Pirelli to fit over 20-inch rims. Suddenly the adrenalin will be coursing through your veins and the 620R will finally make sense.

Because while some might say this is a race car for the road, it’s not. It’s a race car for the racetrack that can be driven on the road – there and back. But you won’t want to take it to work or the shops and your better half will hate it. It’s raucous, rude and rock hard.

It cares little for your comfort and aims only to chalk up fast lap times, each one quicker than the previous. You almost feel like if you’re not able to do that, it’ll eject you and carry on by itself.

The 620R does not compromise. It doesn’t play to the gallery either. Its efficiency chastises sentiment. It’s not one for flattering you, drawing you in, making you feel special. It’s there only to reward your competence and skill. If that’s not what you’re about, look elsewhere.