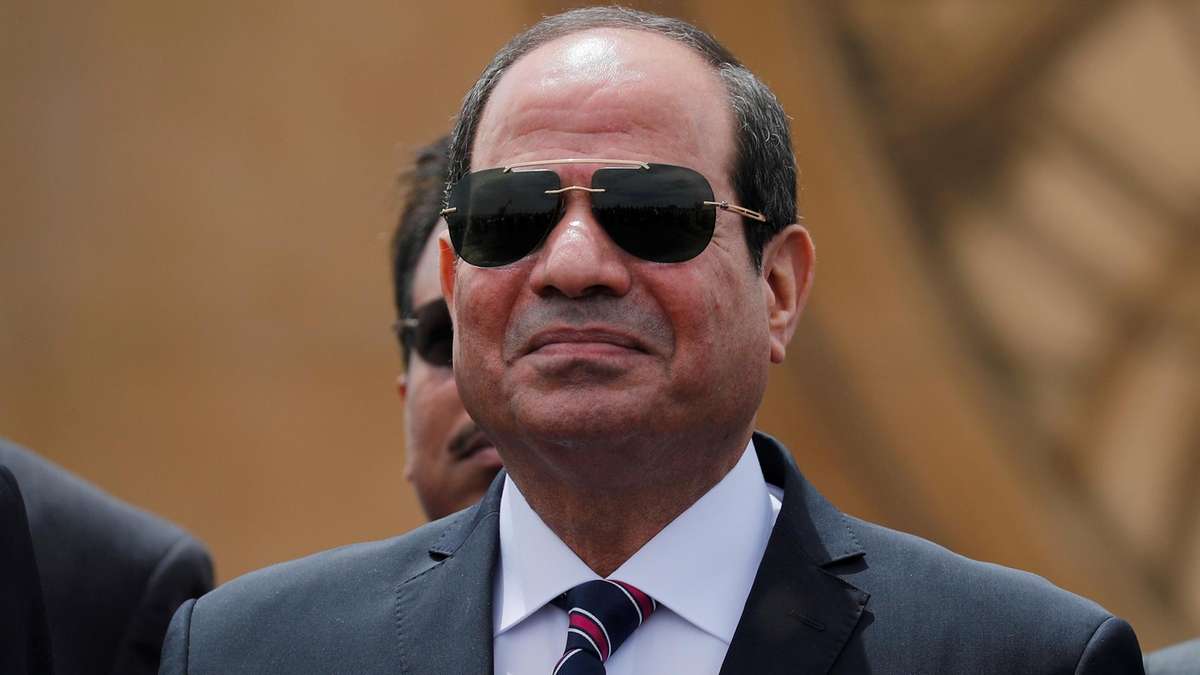 Egypt’s president yesterday sought to ease the nation’s fears that a Nile dam being built by Ethiopia will cut their life-and-death share of the river’s water, counselling them not to be impatient and give negotiations a chance to settle the dispute with Addis Ababa.

“I want to say one thing to Egyptians: ‘It is natural for you to worry because it’s a matter of life’,” President Abdel Fatah El Sisi said in a televised address. “The course of negotiations requires patience and thoroughness. Don’t be impatient for results. Trust in God and your country’s abilities to safeguard Egypt’s water rights, which no one can ignore.”

Egypt is deeply alarmed that the Grand Ethiopian Renaissance Dam (GERD) will reduce its share of the Nile’s water, on which it depends for almost all its freshwater needs.

It has said it would not stand idly by if denied one drop of water and warned that military action could not be ruled out.

Fellow downstream nation and close ally Sudan is similarly worried about its share of the water and shares Cairo’s view that a legally binding agreement on the operation and filling of the dam was needed to guard against destructive flooding in its eastern region and ensure that work at its own power-generating dams on the Blue Nile is not disrupted.

Ethiopia, which has mostly dealt with the dispute as a matter of national sovereignty, insists that guidelines should suffice and said a second and a much larger filling of the GERD will go ahead in July over the strong opposition of Cairo and Khartoum that an agreement must first be reached.

“Don’t rush things … Negotiating is a tortuous and difficult process and we are applying pressure,” the Egyptian leader said on Tuesday, citing talks he had in Cairo over the past week with Jeffry Feltman, the US special envoy on the Horn of Africa, and Felix Tshisekedi, president of the Democratic Republic of Congo – the current chairman of the African Union.

“The concern of Egyptians [over Egypt’s share of the Nile’s water] is appreciated and legitimate. It’s a wonderful thing and it makes me happy. But you must be confident that we will never surrender Egypt’s rights,” said Mr El Sisi, whose comments, made in the Suez Canal city of Ismailia, appeared focused on negotiations as the preferred means to resolve the dispute with Ethiopia.

They contrast with his hardline comments of March 30 when he held out the possibility of military action to settle the dispute, saying no one should assume to be beyond the reach of Egypt’s military. However, it was not immediately clear whether this shift of focus reflected progress in ongoing efforts to reach a diplomatic solution.

Egypt and Sudan have accused Ethiopia of intransigence in a decade of negotiations that failed to produce an agreement. They have both said that AU sponsorship of the negotiations when South Africa held the organisation’s one-year chair failed to make any progress.

The DRC took over the African Union’s chairmanship from South Arica in February this year.

In the last round of talks, held in the Congolese capital of Kinshasa, Egypt and Sudan proposed that the US, EU and UN be invited to mediate in the conflict under African Union stewardship. Ethiopia rejected the proposal, saying the issue was an African one that should be resolved by Africans.