Obamas' dog Bo, a star of the White House, dies

Obama announced the death late on Saturday, saying the dog had been "a constant, gentle presence in our lives."

Obama had promised his young daughters Malia and Sasha that they could get a dog after the 2008 election, and Bo joined the family soon after they moved into the president's official residence.

"Today our family lost a true friend and loyal companion," Obama said on Twitter, sharing photographs of him and Bo running down a White House corridor and Bo being petted by children.

"For more than a decade, Bo was a constant, gentle presence in our lives -- happy to see us on our good days, our bad days, and everyday in between," Obama wrote. 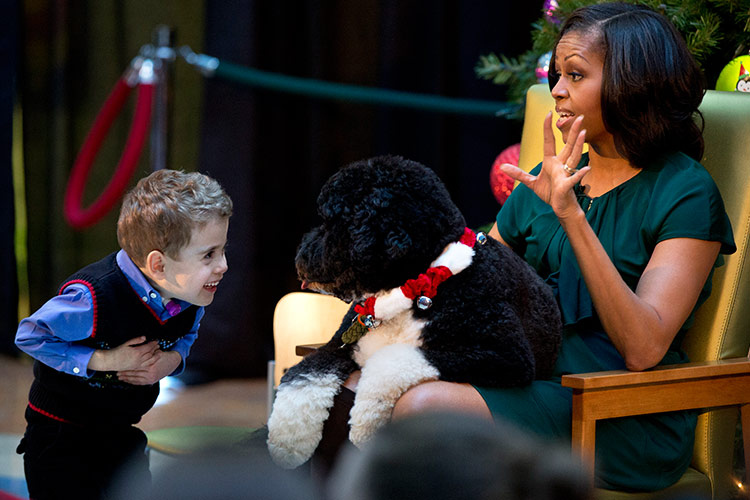 "He tolerated all the fuss that came with being in the White House, had a big bark but no bite, loved to jump in the pool in the summer, was unflappable with children, lived for scraps around the dinner table, and had great hair."

Bo, a black-and-white Portuguese water dog, was a gift to the Obamas from senator Edward Kennedy, and was chosen due to the breed's hypoallergenic coat, according to Associated Press.

He appeared regularly at White House events, particularly the annual Easter Egg Roll, met the Pope, visited children in hospital and flew on Air Force One.

"As a family, we will miss Bo dearly," former first lady Michelle Obama wrote on Instagram. "But we are thankful that he lived such a joyful life full of snuggles, games of fetch, and evenings spent lying on the couch."