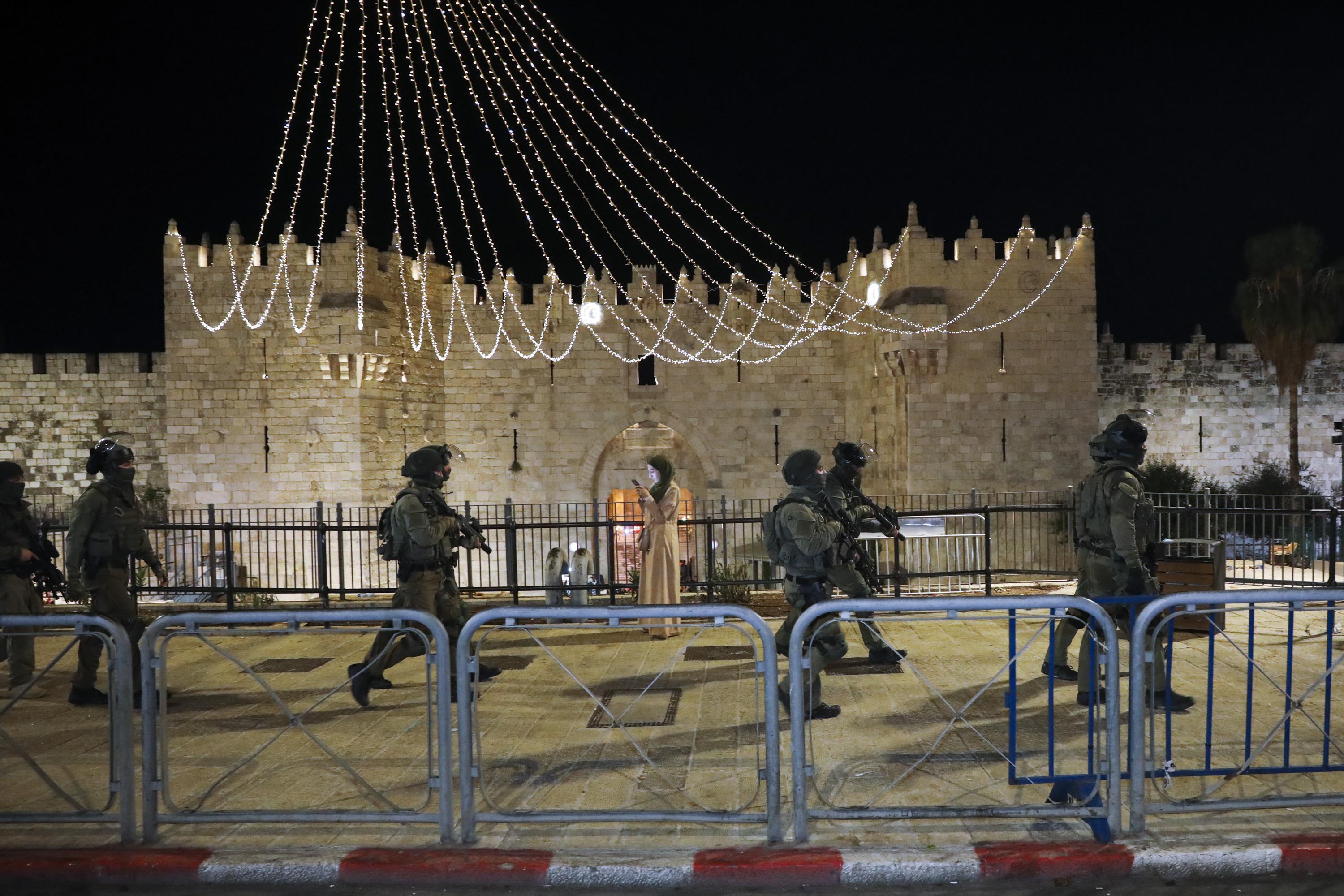 A night of heavy clashes between Palestinians and Israeli police at the Al-Aqsa mosque compound and elsewhere in Jerusalem left more than 200 Palestinians wounded, medics said Saturday, as the city braced for even more violence after weeks of unrest.
Nightly protests broke out at the start of the holy month of Ramadan over police restrictions at a popular gathering place and have reignited in recent days over threatened eviction of dozens of Palestinians from their homes in east Jerusalem, which is claimed by both sides in the decades-old conflict.
It was unclear what set off the violence at Al-Aqsa, which erupted when Israeli police in riot gear deployed in large numbers as thousands of Muslim worshippers were holding evening prayers at the sprawling hilltop esplanade.
Throughout the night large groups of protesters could be seen hurling rocks as Israeli police fired rubber bullets and stun grenades. At one point, the police entered one of the buildings in the complex, which includes the Al-Aqsa mosque and the iconic golden Dome of the Rock.
The Palestinian Red Crescent emergency service said 88 of the wounded were hospitalized. The Palestinian Health Ministry said 83 people were wounded by rubber-coated bullets, including three who were shot in the eye, two with serious head injuries and two with broken jaws.
The Israeli police said protesters hurled stones, fireworks and other objects at them, wounding six officers who required medical treatment. “We will respond with a heavy hand to all violent disturbances, riots and attacks on our forces,” it said in a statement late Friday.
The Al-Aqsa mosque compound is the third holiest site in Islam. It is also the holiest site for Jews, who refer to it as the Temple Mount because it was the location of the biblical temples. It has long been a flashpoint in the Israeli-Palestinian conflict and was the epicenter of the 2000 Palestinian intifada, or uprising.
Some 70,000 worshippers had attended the final midday Friday prayers of Ramadan at Al-Aqsa, the Islamic endowment that oversees the site said. Thousands protested afterwards, waving the green flags of the Islamic militant group Hamas and chanting pro-Hamas slogans.

At the beginning of Ramadan in mid-April, Israel blocked off a popular gathering spot where Palestinians traditionally socialize at the end of their daylong fast. The move set off two weeks of clashes before Israel lifted the restrictions. 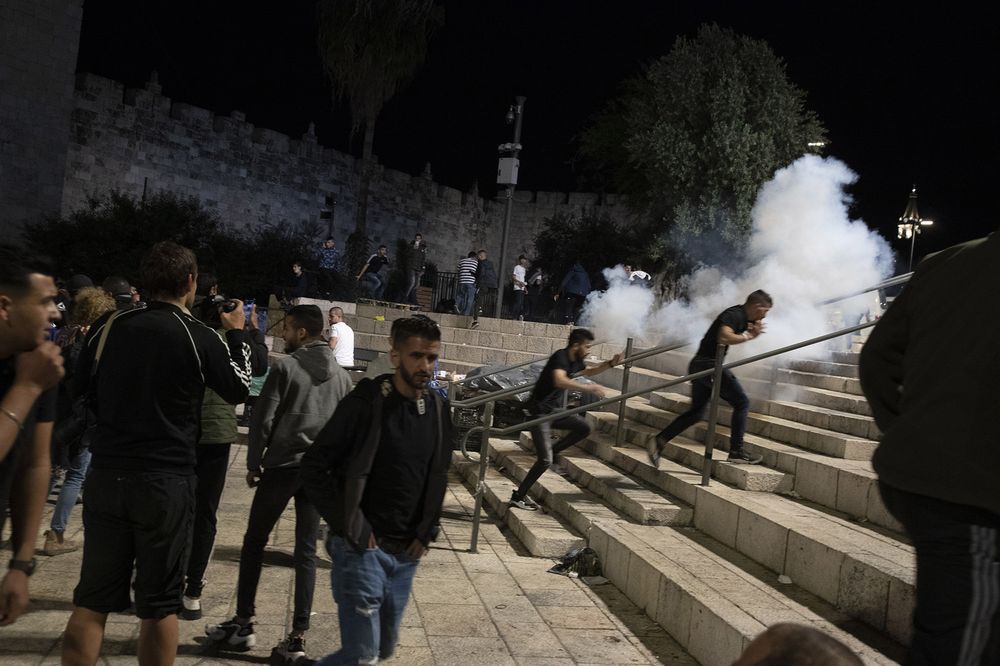 But in recent days, protests have grown over Israel's threatened eviction in Sheikh Jarrah in east Jerusalem of dozens of Palestinians embroiled in a long legal battle with Israeli settlers trying to acquire property in the neighborhood.
The United States said it was “deeply concerned” about both the violence and the threatened evictions, and was in contact with leaders on both sides to try and de-escalate tensions.
“It is critical to avoid steps that exacerbate tensions or take us farther away from peace,” the US State Department said in a statement. “This includes evictions in East Jerusalem, settlement activity, home demolitions, and acts of terrorism.”
The European Union also urged calm. It said the potential evictions were of “serious concern," adding that such actions are "illegal under international humanitarian law and only serve to fuel tensions on the ground.
Neighboring Jordan, which made peace with Israel in 1994 and is the custodian of Muslim holy sites in Jerusalem, has also condemned Israel's actions, as has the Gulf kingdom of Bahrain, which normalized relations with Israel last year in a US-brokered deal.
Israelis and Palestinians are bracing for more unrest in the coming days.
Sunday night is “Laylat al-Qadr” or the “Night of Destiny,” the most sacred in the Muslim holy month of Ramadan. Worshippers will gather for intense nighttime prayers at Al-Aqsa.
Sunday night is also the start of Jerusalem Day, a national holiday in which Israel celebrates its annexation of east Jerusalem and religious nationalists hold parades and other celebrations in the city. On Monday, an Israeli court is expected to issue a verdict on the evictions.
Israel captured east Jerusalem, along with the West Bank and Gaza — territories the Palestinians want for their future state — in the 1967 Mideast war. Israel annexed east Jerusalem in a move not recognized internationally and views the entire city as its capital.