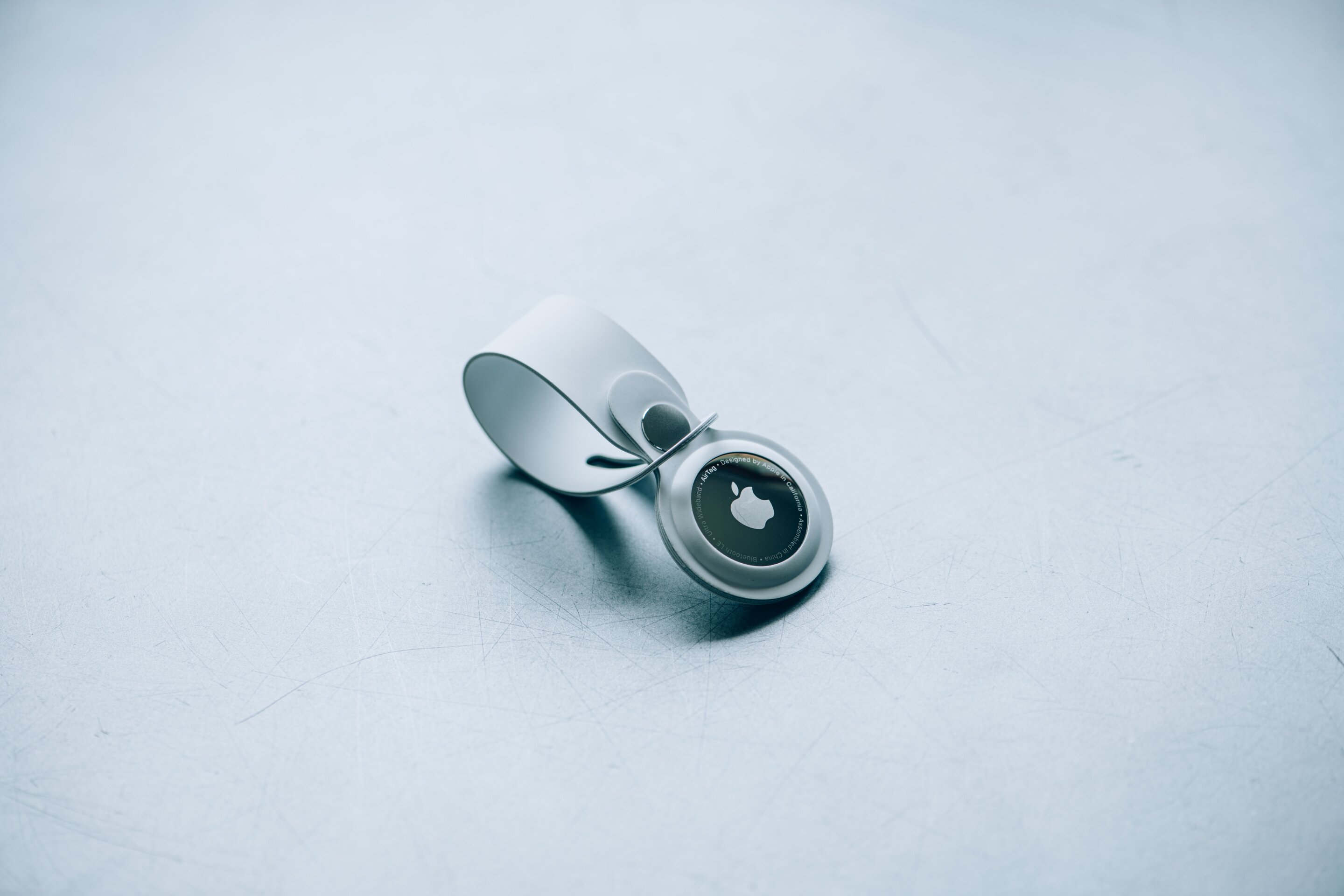 When you're a parent, it's easy to lose things: your keys, your wallet, or Buttons.

The Buttons in this case doesn't refer to fasteners for our clothes, but a stuffed bunny that's become a treasure in my household.

On occasion, bedtimes have been postponed because Buttons is missing, requiring a family manhunt (or bunnyhunt) so we can focus on getting some sleep.

So, clearly, I was curious when a stuffed animal popped up during Apple's event introducing AirTags, a tiny device similar to Tile or Samsung's Galaxy Smart Tags that could save its owners the stress of lost keys or sleep due to a missing stuffed animal.

I've been trying out AirTags for about a week, and for the most part, they are effective at keeping track of your items, stuffed or not.

Each AirTag costs $29, or you can buy a four-pack at retailers or Apple's website for $99. You can also purchase a holders or key rings ranging between $13 and $39.

The setup is pretty straightforward: Once you pull the plastic tab to activate the AirTags, you'll get a prompt on your iPhone to connect. Then you can label them, with options such as Keys, Backpack or whichever item you choose.

There are a couple ways to keep the AirTag attached to your stuff. For backpacks or a wallet, you can just slip the AirTag inside. It's roughly the size of a game piece in checkers, so it doesn't take up much space.

Each AirTag is powered by a CR2032 replaceable coin cell battery,which are commonly used in devices such as calculators or car key fobs. It lasts for roughly a year. A quick twist of the back of your AirTag with both thumbs opens up the device to where the battery sits.

There's also the option to buy an AirTag loop, available in plastic or leather. You slip the AirTag inside the holder then loop it around the strap of a backpack, for example. There's also a key ring if you want some more compact.

AirTags are tracked using the iPhone's Find My app. Next to Devices, which is where you can view the whereabouts of your iPhone, iPad or other Apple products, there's Items. The display will show a map and location of where your AirTagged item can be found.

The nice addition here is AirTags include a Precision Finding option. Once you reached a certain distance from the item, the Find My app will shift from directions to Find. The device works within Bluetooth range. According to an Apple support page, your iPhone must be within 33 feet of the Bluetooth device.

When Find is on, you'll see a green display pop up with an arrow and approximate distance away from your tagged item. This is where you and your iPhone play a little game of"hot and cold." As you get closer, the iPhone starts buzzing more strongly until you come right next to the AirTag. It proves useful if you lose something in between a couch cushion or under a blanket. The AirTag also lets users play a sound to alert them to its presence.

In one test, I left a set of keys with AirTag outside and walked away. With Find in use, I was able to reach roughly 40 to 50 feet before it lost a connection.

If you do lose something like keys, you can go to Find My and place it into Lost Mode. Once it's active, you'll get notifications about the approximate location of the AirTagged item.

The AirTags also have features to prevent unwanted tracking, in the event an AirTag you don't own ends up in your possession. If that happens, you get an alert saying an AirTag is traveling with you once you reach a significant location such as your home. However, several reports, including one in The Washington Post, suggest the Airtags could be too easily used for undetected tracking or stalking.

For now, Buttons continues to roam without an AirTag. Funny thing about stuffed animals: They don't typically have pockets.

Even with a loop, the AirTag can slip off easy. But when it was on, it worked effectively. So, as a parent, if you're looking to AirTags as a solution to find that beloved stuffed animal, you might have to get creative keeping it attached.

On the bright side, I've had a much easier time finding my keys.