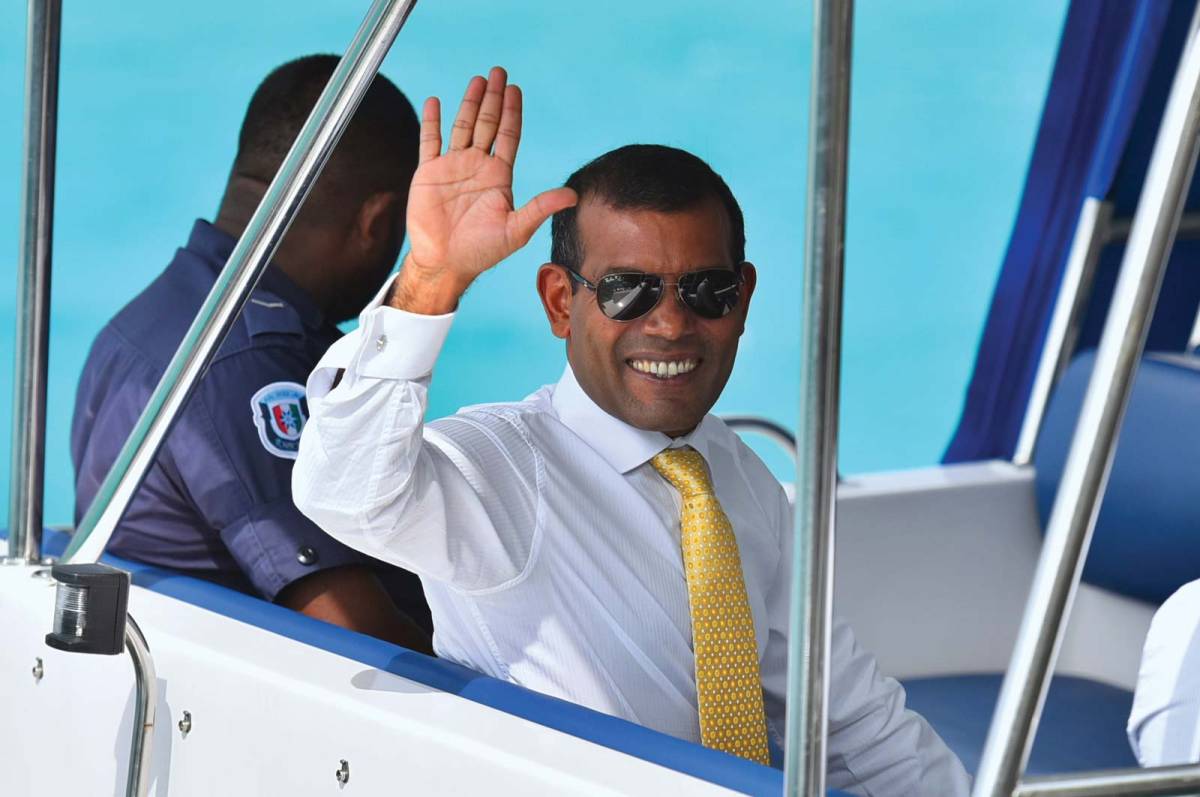 The explosion occurred near Mr Nasheed's home in the Neeloafaru Magu neighbourhood.

He was taken to ADK hospital to be treated for multiple injuries. A "multi-speciality medical team" was caring for the former president, who maintained stable vitals, the ADK hospital tweeted.

Maldives police secured the scene and urged the public to refrain from visiting the area.

"We are treating this matter with utmost seriousness," he said.

Tonight's vicious attack on Speaker Prez @MohamedNasheed & others shows total disregard for human dignity amid a raging pandemic especially during the last few days of holy month of Ramadan. Strictly condemn such atrocity that reek of cowardice & incompatibility with civilization

"I strongly, wholeheartedly condemn the attack aimed at my former running mate and predecessor Mr Naheed," he wrote on Twitter.

"The propagation of hate in Maldivian politics must end and we must find ways to unite and work together, rather than divide."

Mr Nasheed, 53, became the first democratically elected leader of the archipelago state after a 30-year autocratic rule. He served as president from 2008 to 2012, after defeating former president Maumoon Abdul Gayoom, who also condemned the attack.

"I do hope and pray that Raees Nasheed is unhurt and well. I condemn in the strongest terms all acts of violence and terrorism," said Mr Gayoom.

A number of political figures also denounced the attack, including the opposition coalition, the foreign minister, the defence minister and arts minister.

In 2019, Mr Nasheed was elected Parliament speaker and has remained an influential political figure in the country.

Mr Nasheed is known as a champion against global warming and an outspoken critic of religious extremism in the predominantly Sunni Muslim nation, where preaching and practising other faiths are banned by law.

Violent attacks in the country are rare, the last major attack occurred in 2007, when a blast in a park in the capital wounded 12 foreign tourists.

Maldives, known for its luxury resort islands, is a popular tourist destination for UAE residents.