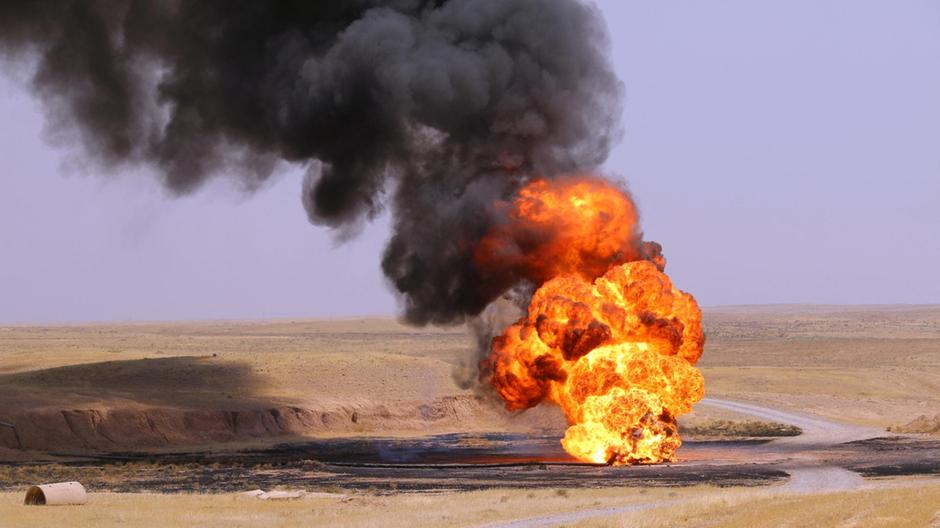 Militants attacked an oilfield in northern Iraq with bombs on Wednesday, killing at least one security officer, oil and security officials said. It was the latest in a series of attacks in northern and central parts of the country in recent days.

Firefighters managed to put out the blaze at one well and were still trying to extinguish the other, Mr Jihad said.

Industry sources told Reuters that the attack had not affected production.

No group claimed responsibility for the attack. The ministry did not say who it believed was behind the explosion, but it was described as a “terrorist and sabotage” attack.

At least one policeman was killed in the raid, according to an Interior Ministry official. At least one bomb intended for another well was dismantled, the official said.

Reuters reported that three other officers were wounded.

Another bomb went off on Wednesday next to a passing police patrol in a village south-east of Kirkuk, killing two policemen and wounding two others, another police officer said.

The attack came after Iraqi security forces and government-sanctioned paramilitaries launched two separate military operations to chase ISIS militants out of the cities of Mosul and Tikrit, according to government statements.

ISIS militants, who claimed a previous attack on Bay Hassan field on April 17, have made a series of raids against security forces and local tribal troops using bombs and light weapons.

In late 2017, after driving the extremist group out of all the areas it occupied in Iraq with the support of the US-led international coalition, the Iraqi military said that ISIS was defeated.

But cells still operate in Iraq even if attacks are now relatively rare.