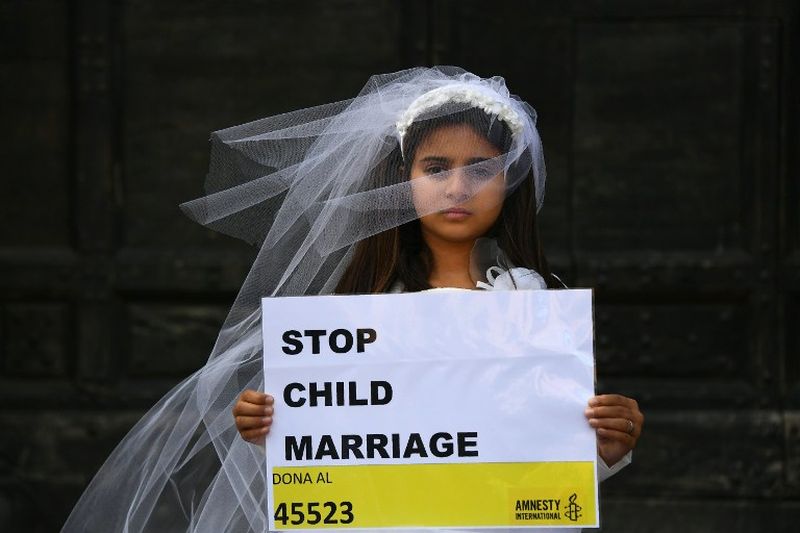 A legal loophole that allows children aged 16 and 17 in England and Wales to marry with parental consent is being exploited to coerce children into marriages they do not want, rights campaigners have warned.

Some 20 organizations have signed a letter to Prime Minister Boris Johnson calling for the forced marriage law to be strengthened to protect children.

They say there is no legal provision across Britain to prevent religious child marriages from taking place regardless of age.

Campaigners from the Girls Not Brides UK partnership wrote: “Child marriage is often viewed as a ‘developing world issue’ and one that exclusively takes place overseas. The reality is that child marriage is an invisible but thriving issue in the UK today.”

One of the partnership’s co-chairs, Diana Nammi, founder of the Iranian and Kurdish Women’s Rights Organisation, told The Guardian: “Too often under the current inadequate law we see failures by safeguarding professionals and the consequences of child marriage, which disproportionately affect a greater number of girls, usually married to older men.

“The impacts include reduced education and employment opportunities, an increase in mental health problems and a higher incidence of domestic violence.”

Children’s charity Barnardo’s has signed the letter alongside organizations including Karma Nirvana, SafeLives and the Muslim Women’s Network UK.

Campaigner Payzee Mahmod has demanded a ban on child marriage in Britain, saying children should be free to chase their dreams and enjoy educational opportunities. 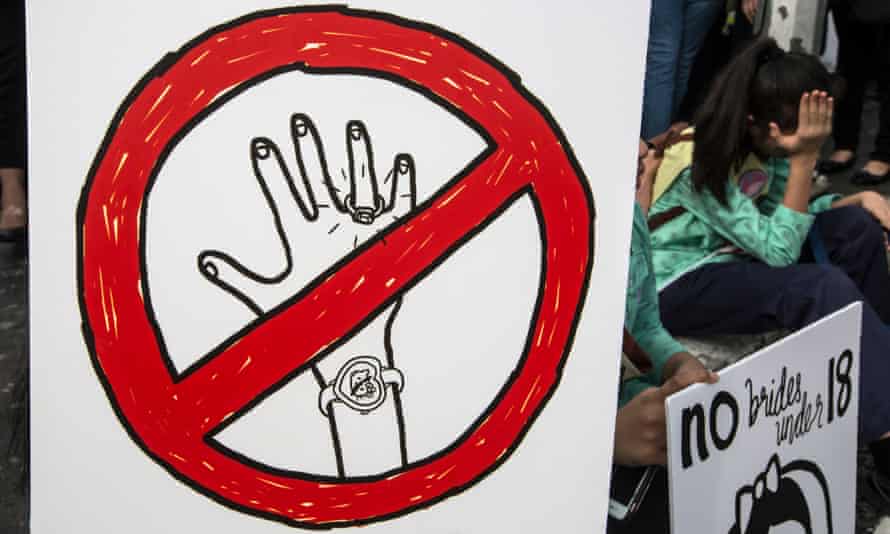 In 2003, Mahmod was forced into a marriage as a child to a man nearly twice her age. Her sister Banaz, who was married five months earlier aged 17, was murdered three years later after she left the husband she had been forced to be betrothed to by her family.

Mahmod said: “Child marriage is a hidden crime, yet it is very much a live issue here in Britain and one of the most harmful things any child can go through. Girls are raped on their wedding nights by older men and it is common for them to have forced pregnancies — something my sister and I both experienced.

“Given this issue has now been brought directly to the prime minister’s attention there should be no ‘ifs’ or ‘buts’ — it is a straightforward safeguarding issue.”

The activist said she has recently been contacted by young girls who fear they are at risk of a forced marriage. The girls, one as young as 14, are desperate for help.

“Girls have been out of school for so long and it’s really scary to think how many might have fallen under the radar without the oversight of teachers and other professionals,” Mahmod said.

Laws in England and Wales allow children aged 16 and 17 to marry with parental consent. The legal provision has been on the books since before World War II. But campaigners say this loophole makes children vulnerable to grooming and coercion.

The letter from the activists said: “Existing forced marriage law does not automatically protect children from child marriage on account of their age.

“Unacceptably the onus is on the child to secure their own protection under forced marriage law by speaking out against their own family and community which can have dangerous consequences and (which) understandably many children are too terrified to do.”