Europe’s economy slides back into recession in first three months 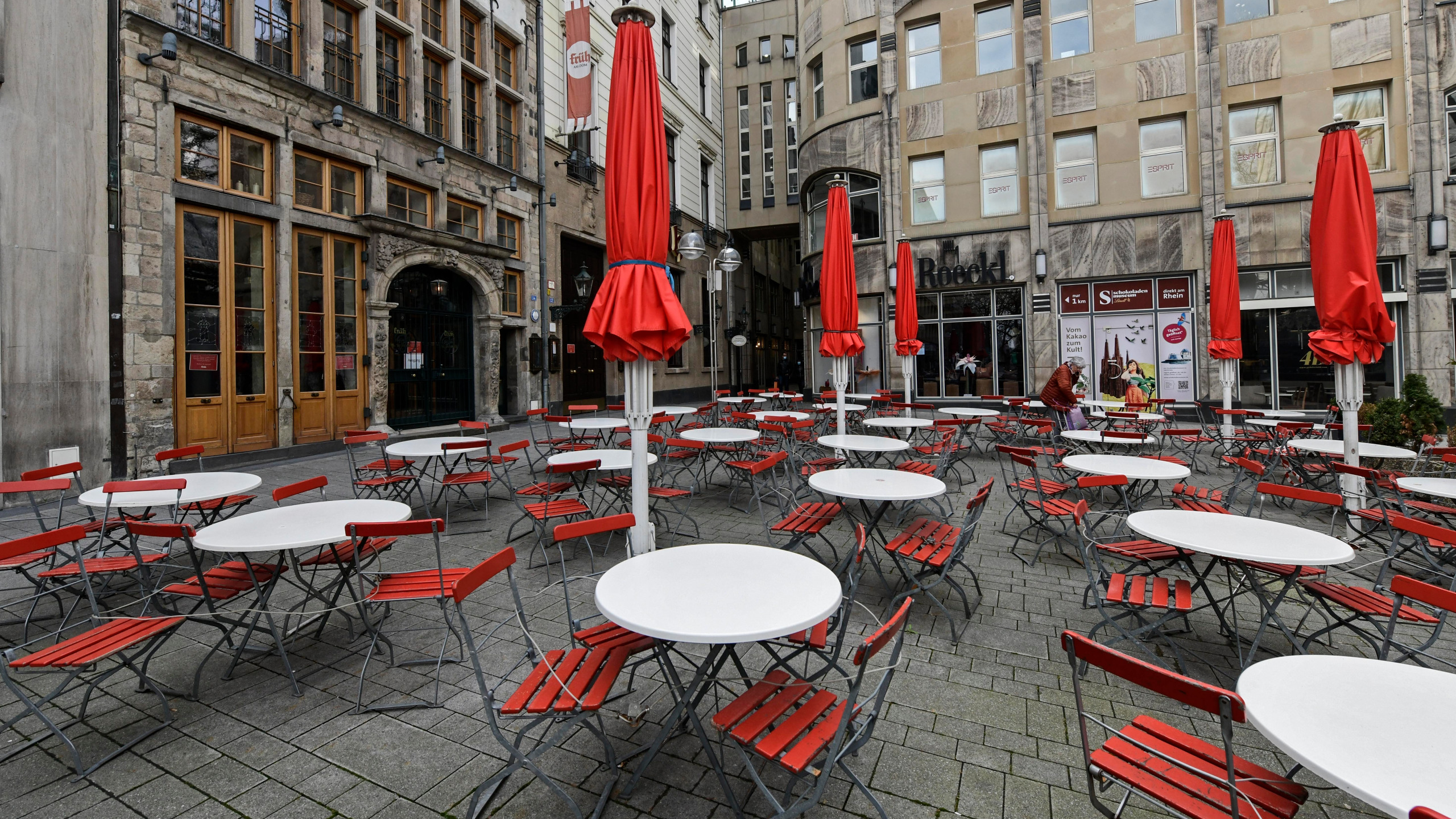 Europe’s economy shrank 0.6% in the first three months of the year as slow vaccine rollouts and extended lockdowns delayed a hoped-for recovery - and underlined how the region is lagging other major economies in rebounding from the coronavirus pandemic.

The fall in output for the 19 countries that use the euro currency was smaller than the 1% contraction expected by economists but still far short of the rebound underway in the United States and China, two other pillars of the global economy.

Figures announced on Thursday showed the US economy grew 1.6% during the first quarter, with business supported by strong consumer demand. On an annualized basis, the US grew 6.4%.

In Europe, it was the second straight quarter of falling output, meaning the region fell back into a recession despite a rebound in growth from July to September of last year. The latest data covers the quarter that ended March 31, and there is optimism that things have improved since then.

France showed unexpected growth of 0.4% compared to the quarter before, while the main negative surprise came in Germany, the continent’s largest economy. Activity there shrank by a larger-than-expected 1.7% as the manufacturing sector was hit by disruption of parts supplies on top of the hit to services and travel from pandemic-related restrictions on activity.

French authorities are anticipating the COVID-19 outlook in the country to be better next month, when a greater proportion of the population will be vaccinated. The government is slowly starting to lift partial lockdowns, despite still-high numbers of coronavirus cases and hospitalized COVID-19 patients. President Emmanuel Macron said on Thursday that the outdoor terraces of France’s cafes and restaurants will be allowed to reopen on May 19 along with museums, cinemas, theaters and concert halls under certain conditions.

Worry about a potential second straight lost vacation season has clouded the outlook for Mediterranean countries Italy, Spain and Greece, which rely heavily on tourism. Greece has lifted quarantine restrictions on visitors from EU countries and will allow restaurants and cafes to reopen for outdoor service from May 3. Travel receipts there sank 75% last year.

Economists said they expected an upturn in the coming weeks as vaccinations accelerate. The International Monetary Fund forecasts growth of 4.4% for the eurozone for all of this year.

Katerina Grapsa, owner of a decorative items shop in Athens, expressed optimism as she arranged her wares including candles for Orthodox Easter, which is Sunday.

“From now on, we hope that things will get better, because of the vaccines, because of the measures,” she said. “If tourism comes and they don’t bring us COVID but leave us money, it will be much better.”

Andreas Iosifidis, egg vendor at the Athens produce market, said that “it is better because last year was unprecedented. This year, it is coming to an end a little, and we are used to it, and we get out shopping.”

Thus far, Europe’s unemployment rate has increased only gradually to 8.1% in March, thanks to extensive furlough support programs that help companies keep workers on. The US saw its jobless rate fall to 6.0% after spiking as high as 14.8% during the worst of the pandemic. 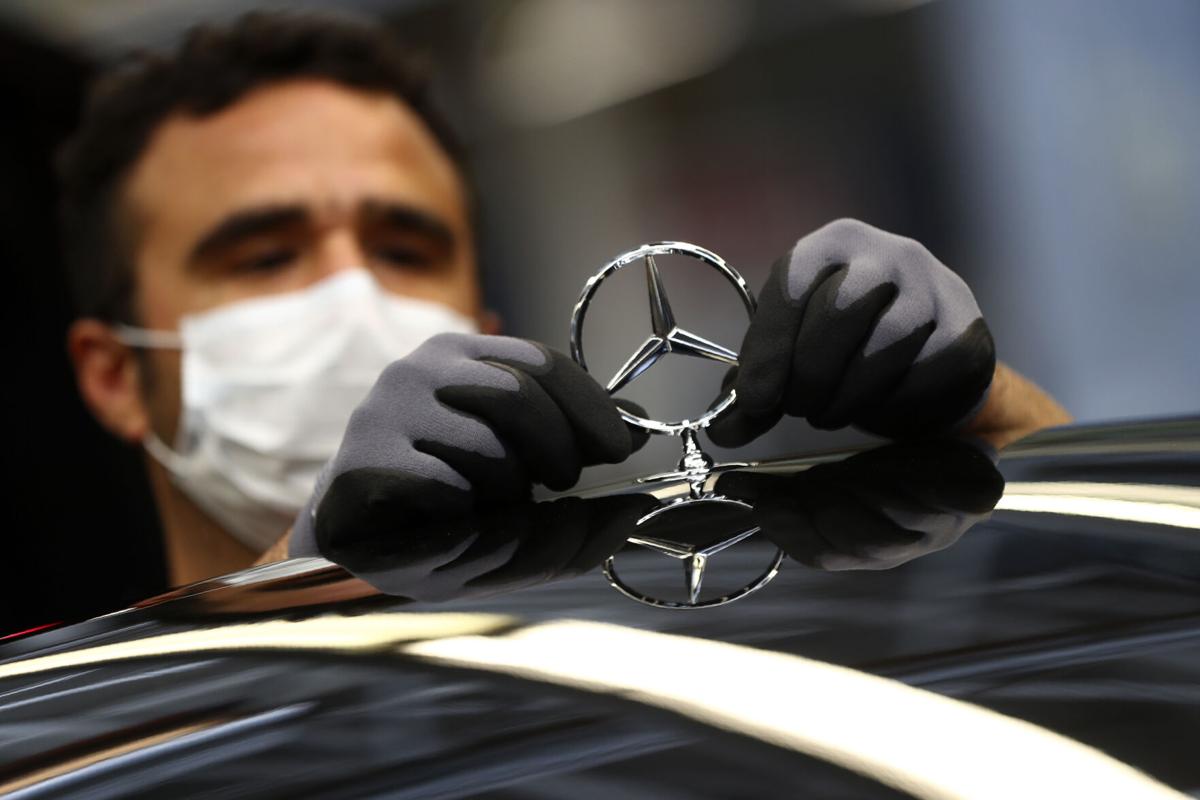 A major factor holding back the recovery in Europe is the slow vaccine rollout, which has led to prolonged lockdowns. Another is less fiscal support for the economy from new government. US President Joe Biden’s $1.9 billion relief package, coupled with spending from earlier support efforts, will mean additional cash support of about 11-12% of annual economic output for this year, according to economists at UniCredit bank.

By contrast, the European fiscal stimulus amounts to about 6% of gross domestic product, even after Europe’s more extensive social safety net is factored in.

China was hit first by the pandemic but got it under control through strict public health measures and was the only major economy to grow in 2020. The U.S. was hard hit by the virus but has rolled out vaccinations at a rapid pace.

Spain’s economy contracted by 0.5 per cent in the first quarter of 2021, marked by a tightening of health restrictions and an unexpected cold snap, a provisional official estimate showed on Friday.

The National Statistics Institute (INE) now expects a strong rebound in activity with the Spanish economy, the eurozone’s fourth largest, expected to grow by 6.5 percent in 2021 after a 10.8 percent contraction last year.

Restrictions put in place since October to curb successive waves of the coronavirus have slowed the Spanish economy. Growth was flat in the final quarter of 2020, followed by the 0.5 percent contraction in the first three months of 2021, INE said.

In year-on-year terms, GDP fell by 4.3% in the first quarter compared with the same period last year.

In January and February, the economy was further hit by new restrictions to slow the resurgence of coronavirus cases after Christmas, which particularly affected the tourism and hospitality sectors.