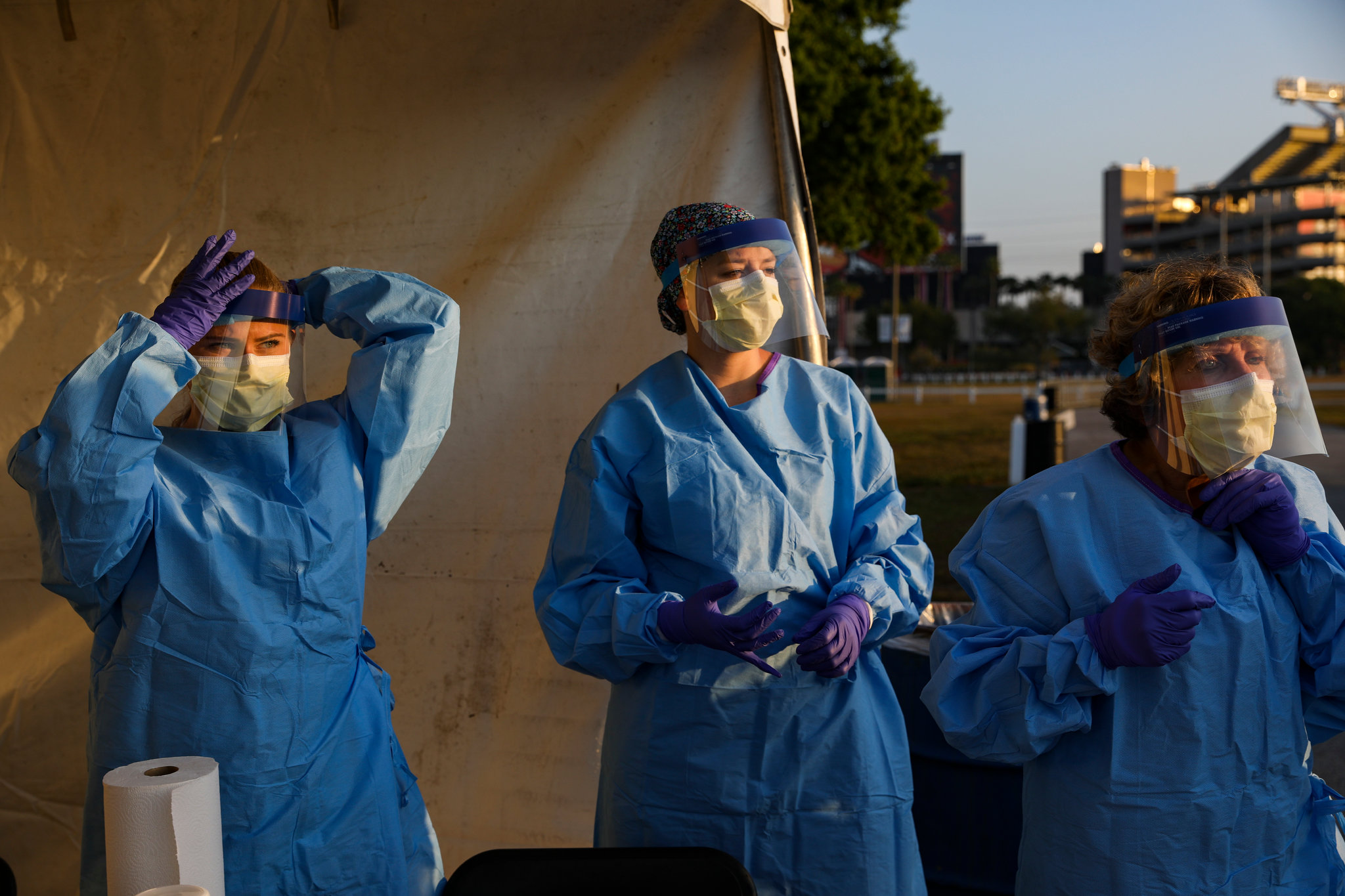 More than 149.42 million people have been reported to be infected by the novel coronavirus globally and 3,265,595 have died.

India crossed a grim milestone Wednesday of 200,000 people lost to the coronavirus as a devastating surge of new infections tears through dense cities and rural areas alike and overwhelms health care systems on the brink of collapse, according to a Reuters tally.

The health ministry reported a single-day record 3,293 COVID-19 deaths in the last 24 hours, bringing India's total fatalities to 201,187, as the world's second most populous country endures its darkest chapter of the pandemic yet.

The country also reported 362,757 new infections, a new global record, which raised the overall total past 17.9 million. The previous high of 350,000 on Monday had capped a five-day streak of recording the largest single-day increases in any country throughout the pandemic.

The number of confirmed coronavirus cases in Germany increased by 22,231 to 3,332,532, data from the Robert Koch Institute (RKI) for infectious diseases showed on Wednesday. The reported death toll rose by 312 to 82,280, the tally showed.

South Korea said on Wednesday it will offer some exemptions to mandatory quarantine measures for people who have been fully inoculated against COVID-19, in an effort to encourage more vaccinations.

South Korea has so far vaccinated 4% of its 52 million strong population, but has set an ambitious target of giving shots to 70% of its people by September and reaching herd immunity by November. 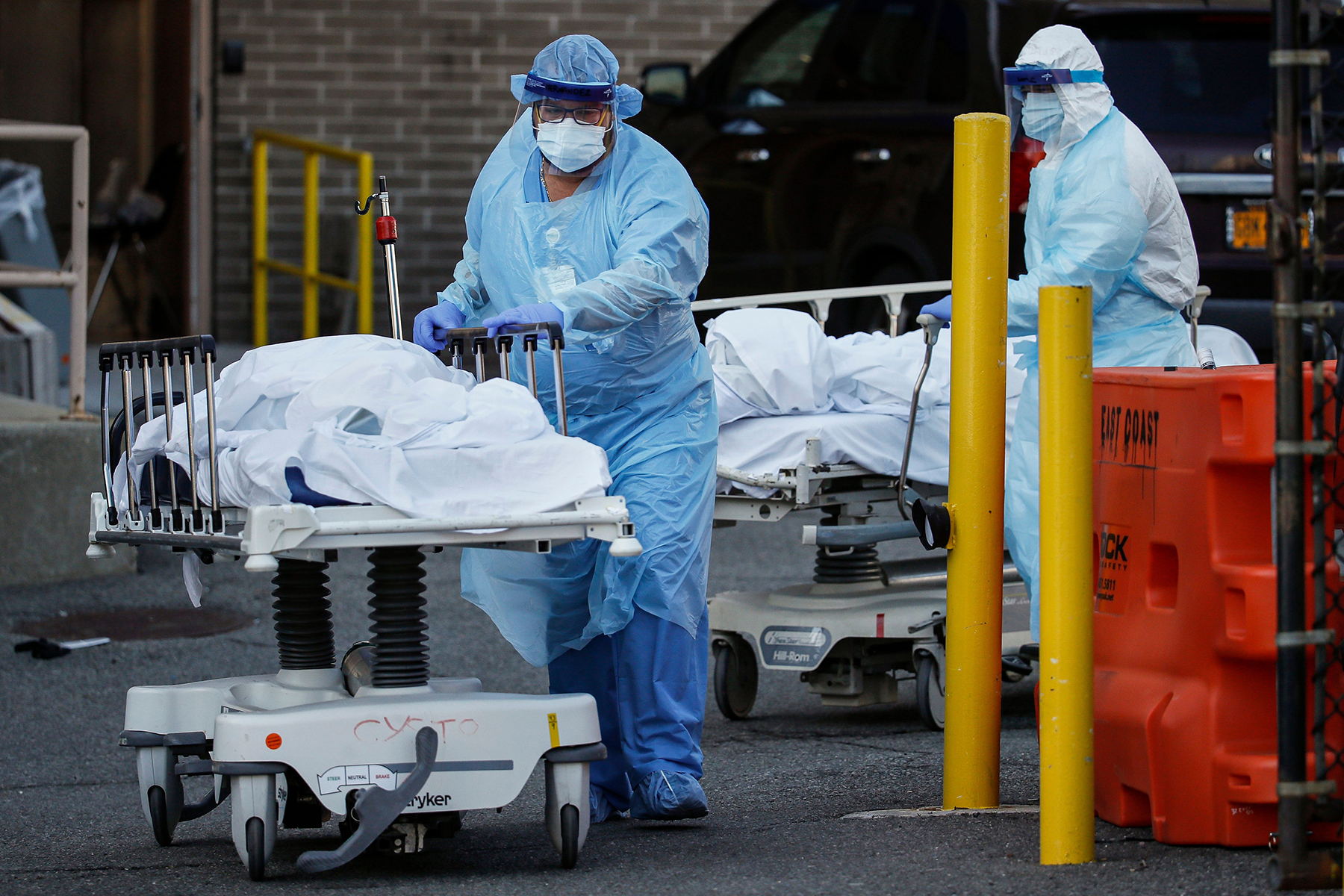 From May 5, residents who have had both shots will not have to undergo the mandatory two-week quarantine for people who have been in contact with a confirmed patient or have returned from overseas travel.

The European Commission's lawsuit against drugmaker AstraZeneca over COVID-19 vaccine supplies began at a Brussels court on Wednesday, where the bloc's lawyers pressed for immediate deliveries from all factories, including from Britain.

The case in the Brussels court is the latest twist in an often bad-humoured EU dispute with the Anglo-Swedish drugmaker, and at times with Britain. The bloc accuses the company of failure to respect its contract.

Cuts and delays in AstraZeneca deliveries have weighed on the choppy inoculation campaign in the EU, which trails behind Britain, the United States and Israel on vaccination.

Vaccines cut household transmission by up to a half

COVID-19 vaccines deployed in England can cut transmission of the coronavirus in households by up to a half, data from Public Health England showed on Wednesday, in addition to the protection the shots offer against symptomatic infection.

"We already know vaccines save lives and this study is the most comprehensive real-world data showing they also cut transmission of this deadly virus," health minister Matt Hancock said.

Infections have been reported in more than 210 countries and territories since the first cases were identified in China in December 2019.

Lowest coronavirus cases in 50 days as deaths dip below 3,000