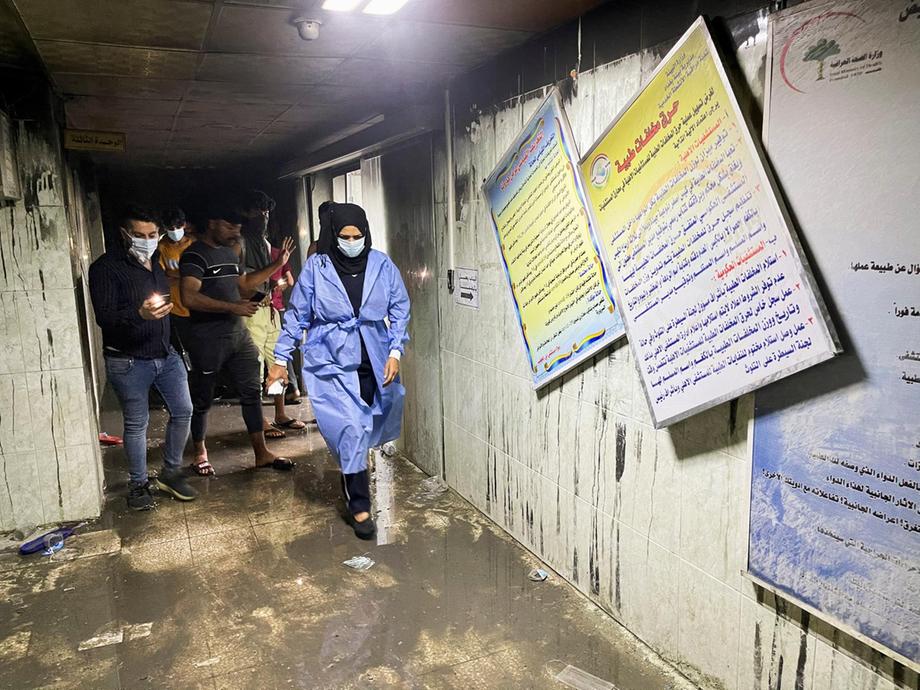 At least 82 people were killed and 110 injured in a huge fire in the pulmonary intensive care unit on the second floor of the Ibn Al Khatib Hospital in Baghdad's Jisr Diyala district, on Saturday night.

Mr Al Kadhimi said the government is evaluating the positions of ministers and officials and his Cabinet will be making “difficult” decisions in the coming days.

“Our goal is to serve our people,” he said.

He ordered an investigation to be completed within five days, and a report to be submitted to the Council of Ministers.

“The ministers must follow up on citizens' requirements, ensure that problems are solved as well as review safety procedures in all buildings,” Mr Al Kadhimi said.

“I categorically reject any exploitation of the state’s capabilities. The current government was selected to provide a service,” he said.

Iraq is set to hold early nationwide elections in October, a response to a central demand by a national protest movement that spread through much of southern and central Iraq in late 2019.

Hundreds of thousands of Iraqis took to the streets in Baghdad and the southern provinces to vent their anger at the government's inability to fight corruption and provide them with services and jobs.

"You must remember that you came to your position to serve the public, so before you consider running in the elections, make sure you will not exploit your posts,” Mr Al Kadhimi said.

The comments came as the US ambassador to Iraq, Matthew Tueller, said that Washington does not have any plans to close its embassy in Baghdad despite it coming under continuous rocket attacks. 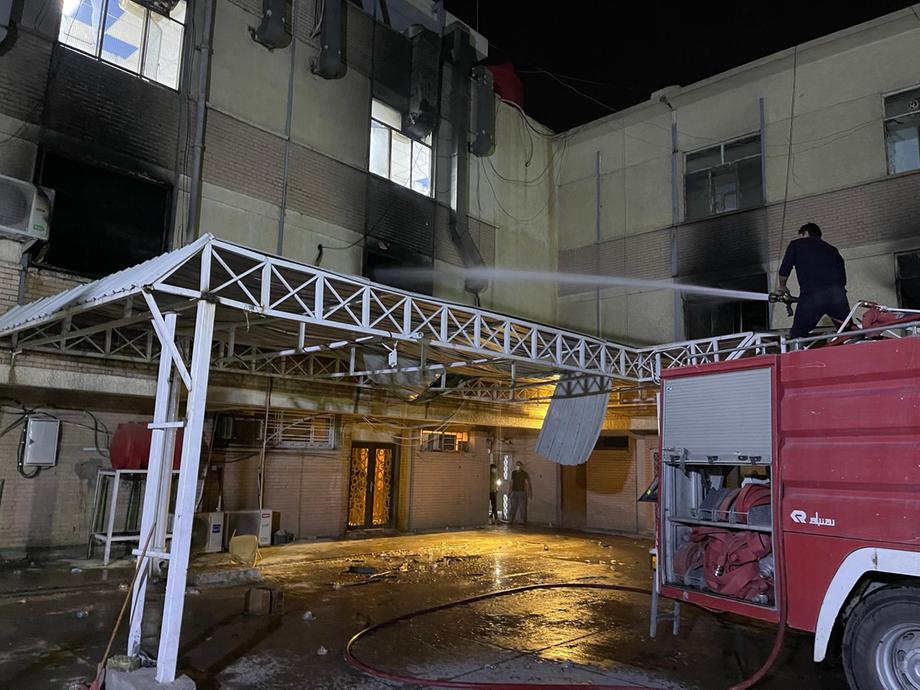 Washington threatened Baghdad that it would shut its diplomatic mission there last September, if the Iraqi government did not stop armed militias from attacking its embassy.

It remains unknown who the attacks were conducted by but the US blames them on Iran-backed Iraqi groups.

“The weapons used to attack our interests are Iranian-made,” Mr Tueller said in an interview with Al Arabiya.

The American diplomat said the activities conducted by the militias undermined Iraq’s authority.

Mr Tueller made it clear that Washington is not “seeking to serve the relationship between Iraq and Iran".

Instead their ties “must be based on respect for sovereignty between the two sides, and that there should be no interference in each other’s affairs".

On the issue of the presence of US troops Mr Tueller said Washington does “intend to increase the number of American forces".

The ambassador said the “American presence will be determined through the US-Iraq strategic dialogue and the international coalition".