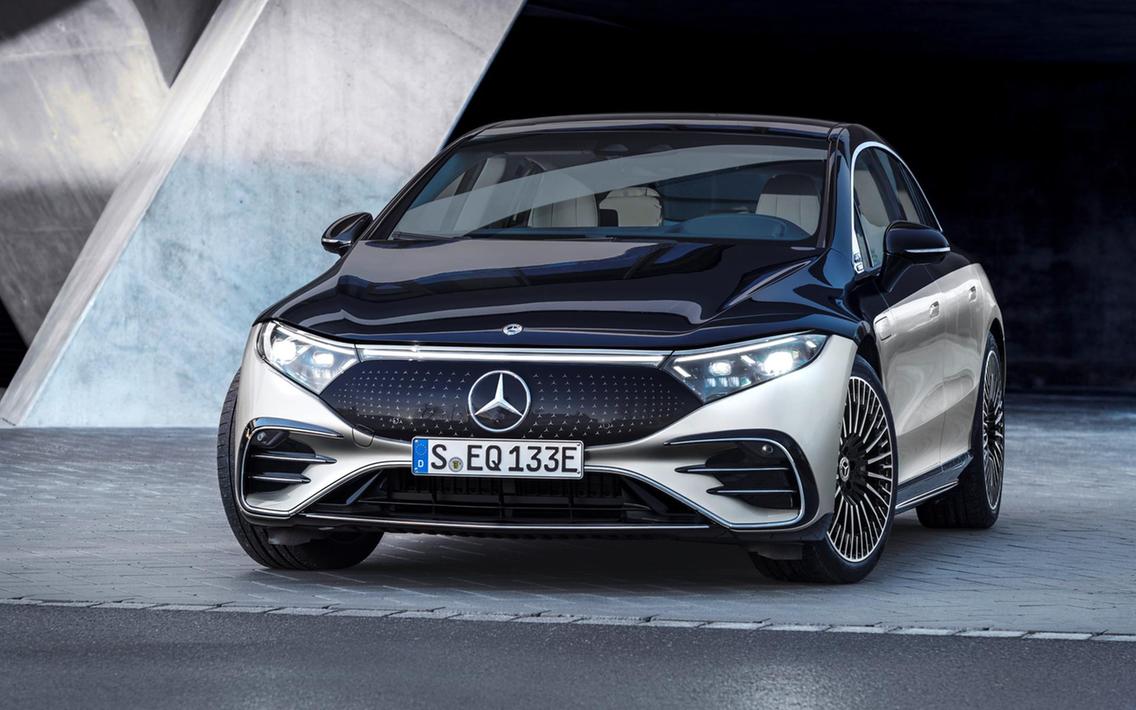 Mercedes-Benz has launched the EQS, its first all-electric luxury sedan, and the company is positioning it as the most aerodynamic production car in the world.

Its looks certainly suggest this is the case, with the design being what can only be described as sleek and curvaceous. Small cues aside, there is clear blue water between the EQS and its brand siblings.

There is nothing old school here at all. The EQS is a car with modernity as its very core. It has the air of a concept car, but one where the designers have just about kept a grip on reality. 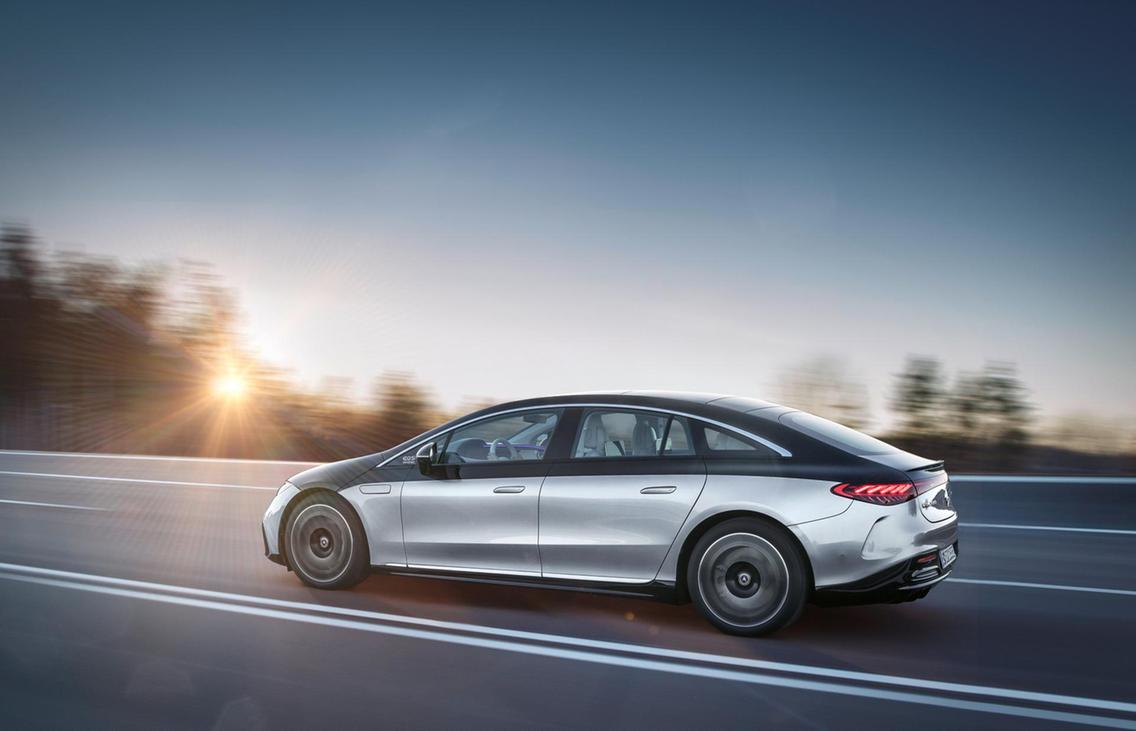 “Fusing technology, design, functionality and connectivity, the EQS delights both drivers and passengers,” Mercedes says, which is a mission statement and a half, even by the standards of traditionally less-than-shy car manufacturers.

Mercedes has clearly put a bit of effort in here – the EQS will be the flagship of the German marque’s fleet when it finally hits the world’s roads, so there is some anticipation ahead of its arrival. The first models on the market will be the 450+ and the 580 4Matic, and they form a spearhead in Mercedes’ bid to offer a carbon-neutral fleet within 20 years.

Power-wise, both models have a top speed of 210 kilometres an hour. There is a considerable difference when it comes to acceleration though, as the 450 can reach a ton from a standing start in 6.2 seconds, while the 580 crushes that with its 4.3 seconds rating. 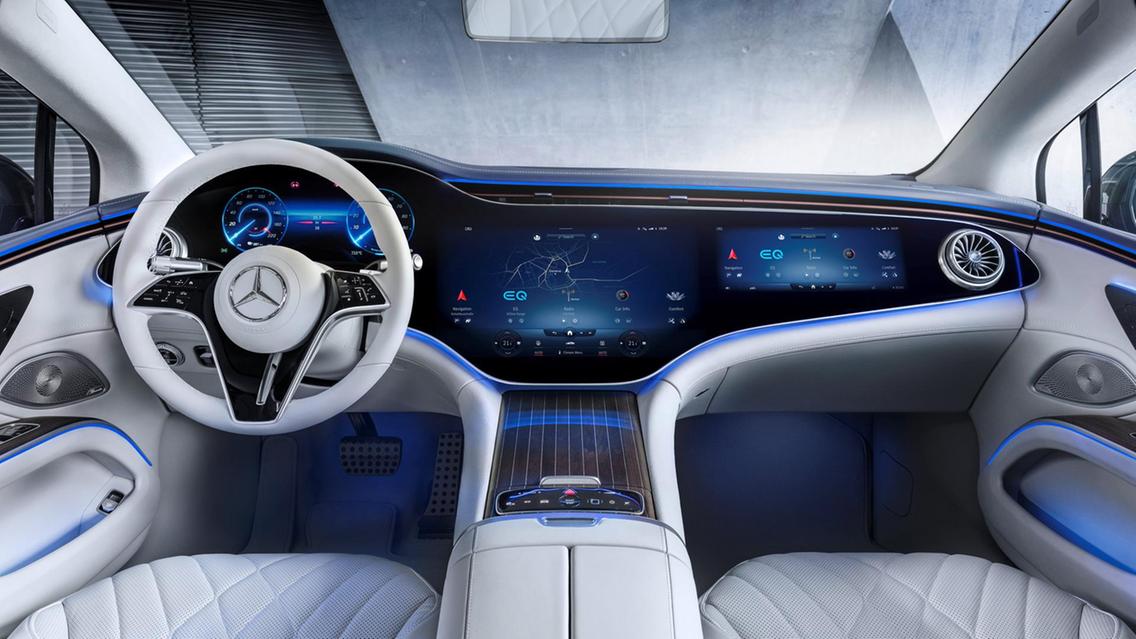 You can juice both up in just under half an hour at a rapid charging station, and Mercedes says drivers can get up to 770km out of a full battery.

Inside, the cabin appears distinctly plush, palatial even. The seating and layout is all very Starship Enterprise, while the infotainment system is the same as the new S-Class, so you get a 12-inch driver’s display and a 13-inch portrait touchscreen. However, you can also pay extra for the new Hyperscreen system, which, basically, is a large piece of glass with three built-in screens.

No firm date has been set for a UAE launch yet, though summer this year is a good bet. There is no word on price yet either, but reports suggest figures of around $110,000 for a base model.