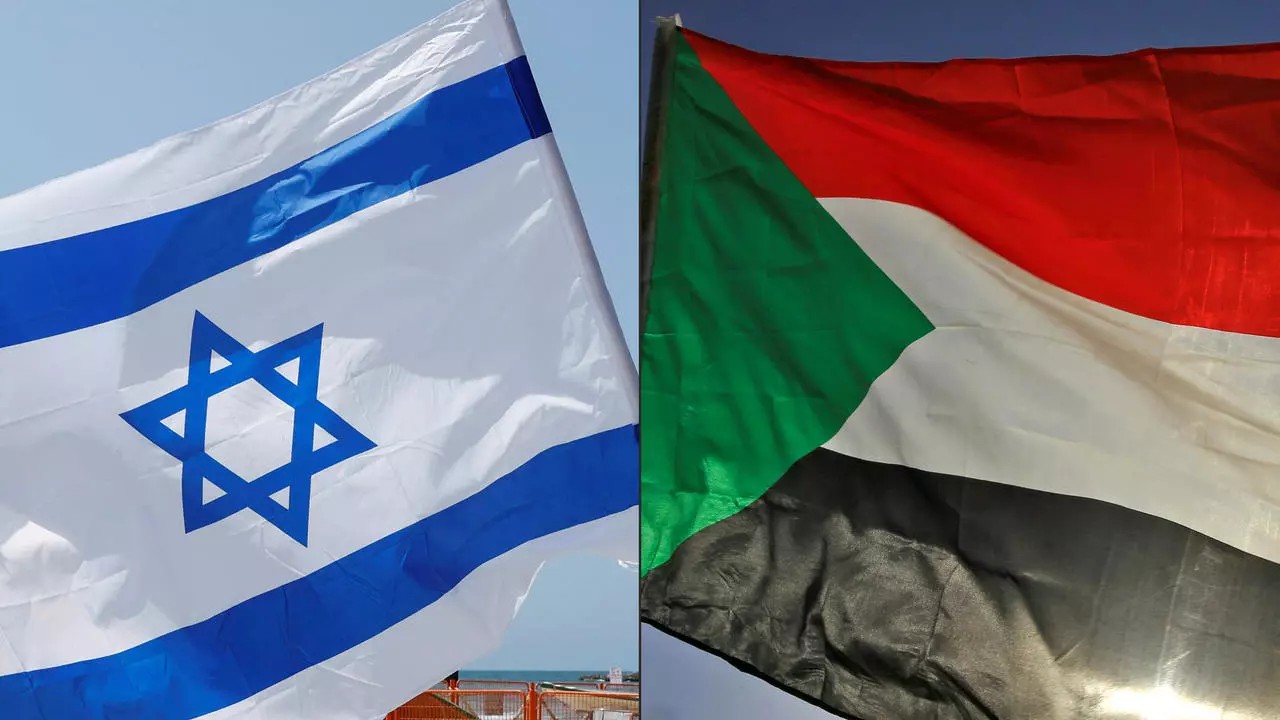 Sudan has denied reports that it would send its a first delegation to Israel months after a deal for ties between the two countries, and two Sudanese sources said Khartoum had scrapped a planned visit.
Sources had previously told Reuters that a Sudanese delegation comprising security and intelligence officials would travel to Israel next week.
Sudan agreed to take steps toward normal ties with Israel last year in a deal brokered by then US President Donald Trump’s administration. This month, Sudan’s Cabinet voted to repeal a 1958 law to boycott Israel.
The issue is divisive in Sudan, which is going through a delicate political transition following the overthrow of former leader Omar Bashir in 2019.
Two official Sudanese sources told Reuters that an invitation to visit Israel had been accepted, but that plans had later changed. They gave no explanation for the change.
Sudan’s general intelligence service said “news circulating on some media and social media about the visit of a security delegation to Sudan was not true,” state news agency SUNA reported.
Sudan’s security and defense council also denied the news.
The deal for Sudan to normalize ties with Israel was struck alongside normalization deals with the UAE, Bahrain and Morocco, and came as the US agreed to remove Sudan from its list of state sponsors of terrorism.
Sudan’s military is seen to have led the move, but civilian groups with which it is sharing power are more reluctant and say the deal must be approved by a yet-to-be formed transitional parliament.
Cyprus, meanwhile, hosted a meeting of top diplomats from Israel and the UAE, as well as Greece, for talks they said reflected the “changing face” of the Middle East.
“This new strategic membership stretches from the shores of the Arabian Gulf” to the Mediterranean and Europe, Israeli Foreign Minister Gabi Ashkenazi told a news conference in the coastal resort city of Paphos.
Standing alongside Anwar Gargash, adviser to UAE President Sheikh Khalifa bin Zayed, he said their encounter was a sign of “the changing face of the Middle East.”
He called for a “strategic partnership in energy between the Eastern Med and the Gulf.”
Gargash said ties with the Jewish state amounted to an “alternative strategic view” aimed at bolstering regional security, adding that the Paphos talks covered economic and political cooperation, as well as “using technology to fight COVID-19.”
The Cypriot and Greek foreign ministers, unmasked before a backdrop of the Mediterranean, both stressed the new regional grouping was open to all parties.
“The path is open for all countries of the region to join us,” said host Nikos Christodoulides, without a direct mention of Turkey, whose troops occupy the northern third of Cyprus and which is in dispute with Nicosia and Athens over gas deposits in the eastern Mediterranean.
Greek Foreign Minister Nikos Dendias, who has visited both Turkey and Libya over the past week, stressed calls for “the withdrawal of all foreign forces” from the North African country, where Turkish troops are posted.
On Iran and its controversial nuclear program, Ashkenazi reiterated that Israel would “do whatever it takes to prevent this radical and anti-Semitic regime from acquiring nuclear weapons.”