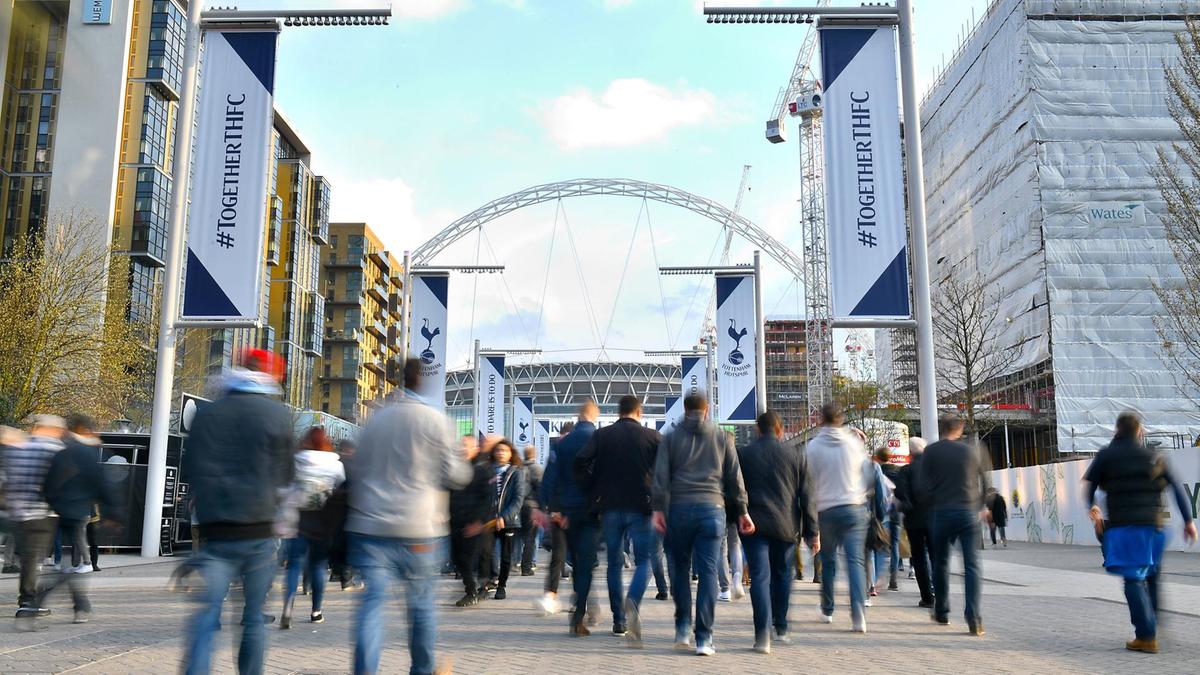 Supporters wishing to attend the League Cup final between Manchester City and Tottenham on April 25 will need to provide proof of a negative coronavirus test within 24 hours of the match.

City and Tottenham will each be given 2,000 tickets for the game at Wembley, which is being used as a test event for the return of fans to stadiums.

A total crowd of 8,000 will be allowed to attend with the other 50 percent of tickets going to local residents near Wembley and National Health Service staff.

Fans under 18 will not be allowed while those who are clinically extremely vulnerable or pregnant have been asked not to apply for tickets.

To get into Wembley, fans must take a coronavirus test at a designated site in the 24 hours before the game and produce evidence of a negative result.

They will also have to take two PCR tests at home. One before travelling to the match and another five days afterwards.

The FA Cup semi-final between Leicester and Southampton will on Sunday welcome 4,000 spectators at Wembley but these will be a mixture of local residents and key workers.

"It's the first step. If the government say we can do, it's good news," said City manager Pep Guardiola on the return of supporters.

"Hopefully in the future it will return to normality, but at the same time, (we must) follow the instructions from the government and scientists."

Jose Mourinho to take over as Roma manager in summer