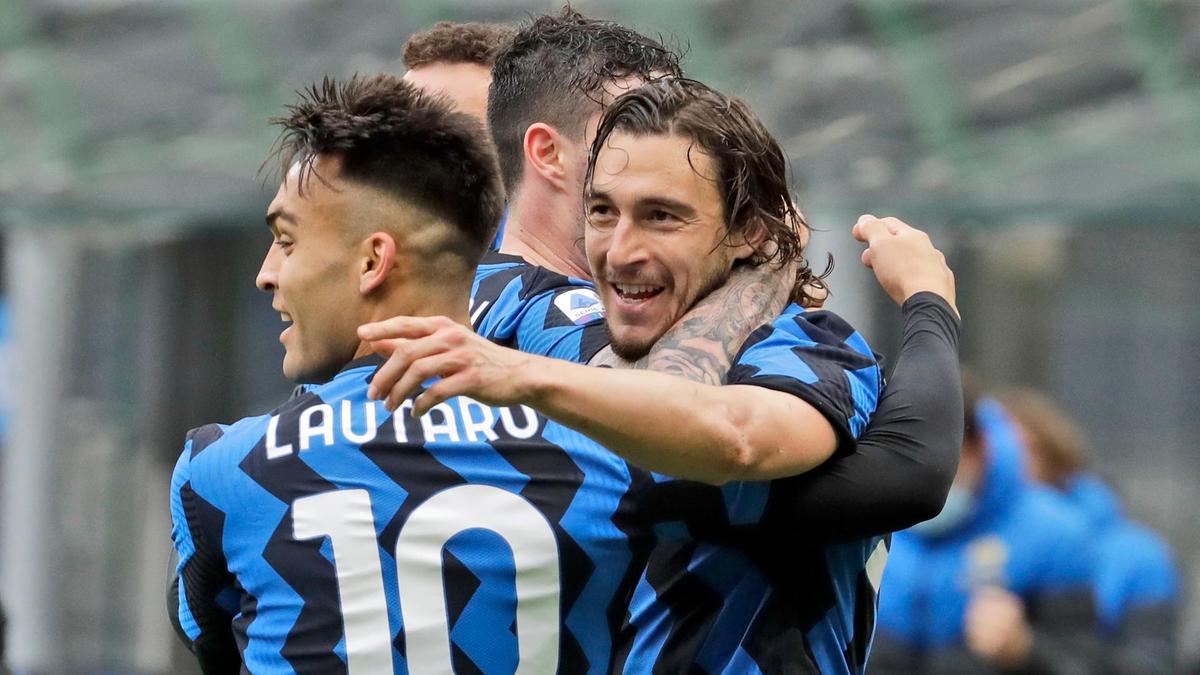 Inter Milan took another step closer to their first Serie A title in 11 years after Matteo Darmian scored the only goal of the game to defeat relegation-threatened Cagliari 1-0 on Sunday.

Moroccan Achraf Hakimi came off the bench and minutes later set up Italy defender Darmian to grab the winner in the San Siro to inflict a fourth consecutive defeat on Cagliari.

Inter move back 11 points clear of second-placed AC Milan who won 3-1 at Parma on Saturday, as a first title since 2010 beckons for Antonio Conte's side with eight game left to play.

"It was a difficult match, they defended well and we couldn't break through. Winning today was essential to keep our rivals at a distance."

Inter had been pegged back against 18th-placed Cagliari whose goalkeeper Guglielmo Vicario, replacing Covid-19 hit Alessio Cragno, kept his team in the tie.

Vicario denied Christian Eriksen in either half, while Inter loanee Radja Nainggolan also missed a chance to open for the visitors against his parent club.

Romelu Lukaku set up Alexis Sanchez who thought he had broken through after quarter of an hour but the goal was ruled offside.

Vicario kept out Darmian from an angle before the break, and pushed another Eriksen chance over the bar before the the hour mark.

Stefan de Vrij rattled the crossbar before Conte made a double substitution bringing on Hakimi for Ashley Young after 69 minutes, with Lautaro Martinez replacing Sanchez.

It paid off and minutes later Hakimi combined with Lukaku to tee up Parma loanee Darmian to push Inter closer to a 19th Serie A crown after finishing runners-up last season.

"Everyone feels they have a role to play," said Darmian. "Conte transmits the passion and the desire to win, you can see this on the pitch."

Struggling nine-time defending champions Juventus remain 12 points off the pace in third after a 3-1 against Genoa later on Sunday.

Swedish midfielder Dejan Kulusevski opened the scoring for Juve in the fourth minute before Spanish striker Alvaro Morata doubled the hosts' lead midway through the first half.

Genoa pulled one back early in the second half through Gianluca Scamacca to apply some pressure to Andrea Pirlo's side, but United States international Weston McKennie made sure of the victory with Juve's third 20 minutes from time.