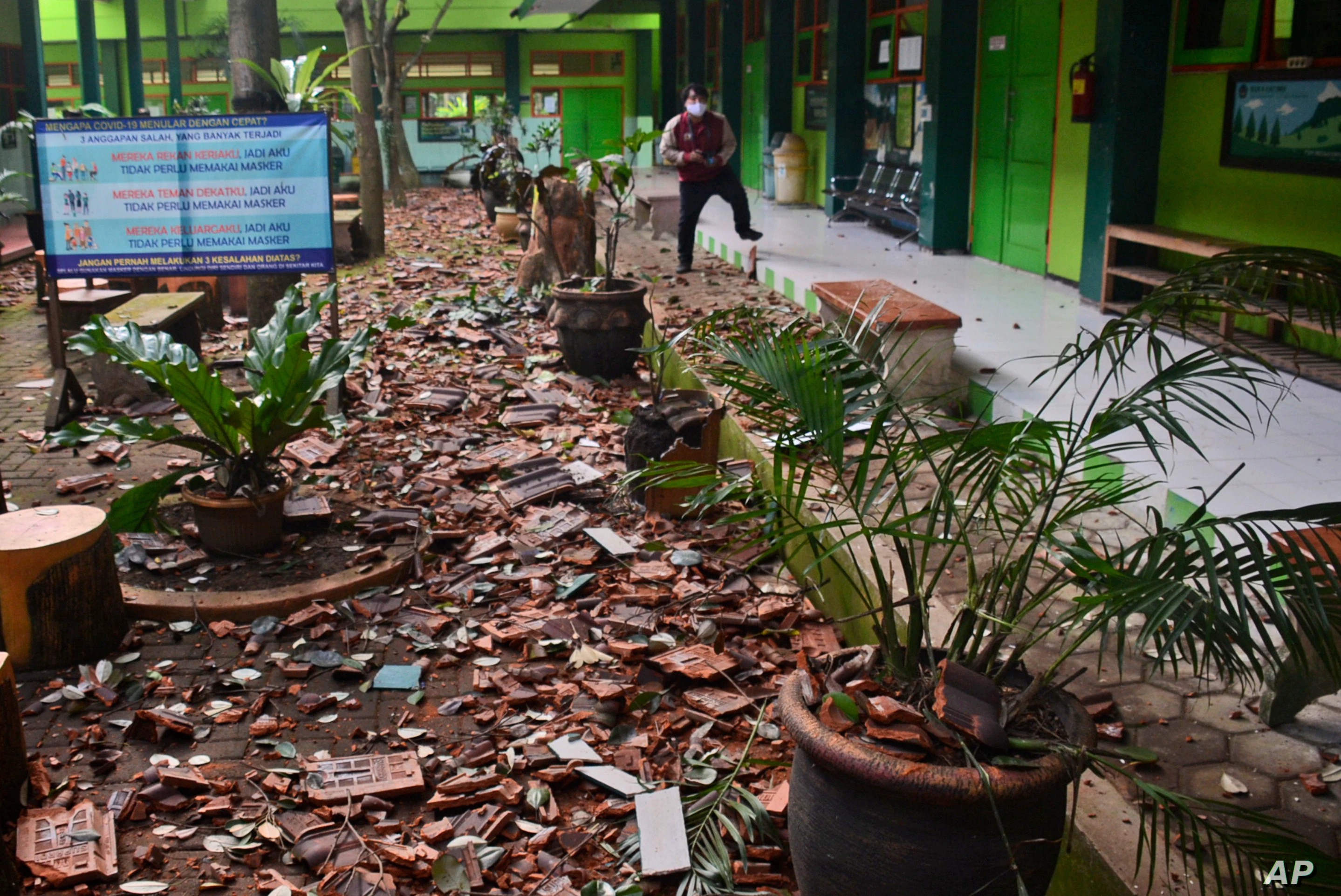 A strong earthquake on Indonesia's main island of Java killed eight people, including a woman whose motorcycle was hit by falling rocks, and damaged more than 1,300 buildings, officials said Sunday. It didn't trigger a tsunami.

The US Geological Survey said the magnitude 6.0 quake struck off the island's southern coast at 2pm on Saturday. It was centered 45 kilometres (28 miles) south of Sumberpucung town of Malang District in East Java province, at a depth of 82 kilometres (51 miles).

Rahmat Triyono, the head of Indonesia’s earthquake and tsunami center, said the undersea tremblor did not have the potential to cause a tsunami. Still, he urged people to stay away from slopes of soil or rocks that have the potential for landslides.

This was the second deadly disaster to hit Indonesia this week, after Tropical Cyclone Seroja caused a severe downpour Sunday that killed at least 174 people and left 48 still missing in East Nusa Tenggara province. Some victims were buried in either mudslides or solidified lava from a volcanic eruption in November, while others were swept away by flash floods. Thousands of homes with damaged.

He said about 1,189 homes and 150 public facilities, including schools, hospitals and government offices, were damaged. Rescuers retrieved four bodies from the rubble in Lumajang's Kali Uling village. Three people were also confirmed killed by the quake in Malang district.

Seven killed in landslide at Indonesia gold mine