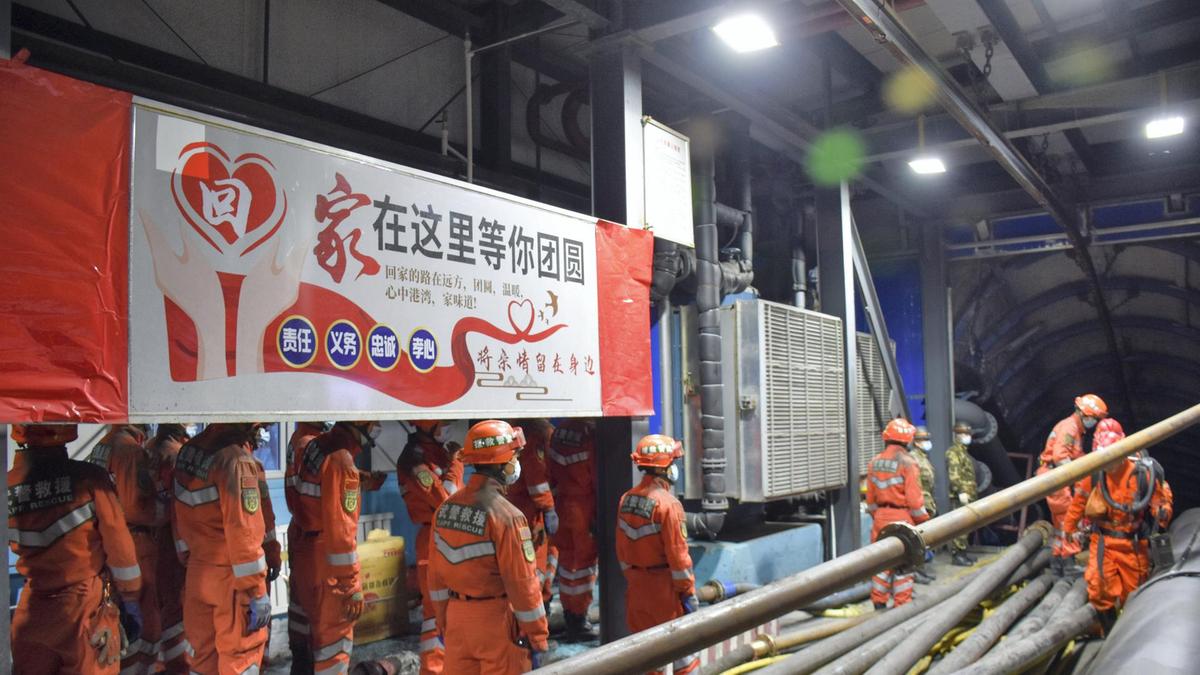 The accident happened in Fengyuan coal mine in Hutubi County on Saturday evening, when staff were carrying out upgrading work at the site, the official Xinhua news agency said.

Eight of the 29 workers who were at the scene have been rescued from the mine, according to preliminary reports.

Rescuers have located the miners, 12 on one platform, eight on a second and the other in an escape route where water had entered, broadcaster CCTV reported.

"The working platform with 12 people is 1,200 metres from ground level and the underground terrain is complex, making rescue difficult," CCTV said.

Rescuers were also trying to pump water from the flooded shaft and have been piping air into the mine. Pumping equipment was being installed.

Mining accidents are common in China, where the industry has a poor safety record and regulations are often weakly enforced.

In January, 22 workers were trapped in a mine in east China's Shandong province, after an explosion damaged the entrance, leaving workers stuck underground for about two weeks.

Eleven men were pulled out alive, 10 died and one miner remained unaccounted for.

In December, 23 miners died after being trapped underground in the south-west city of Chongqing – just months after 16 others died from carbon monoxide poisoning at another coal mine in area.