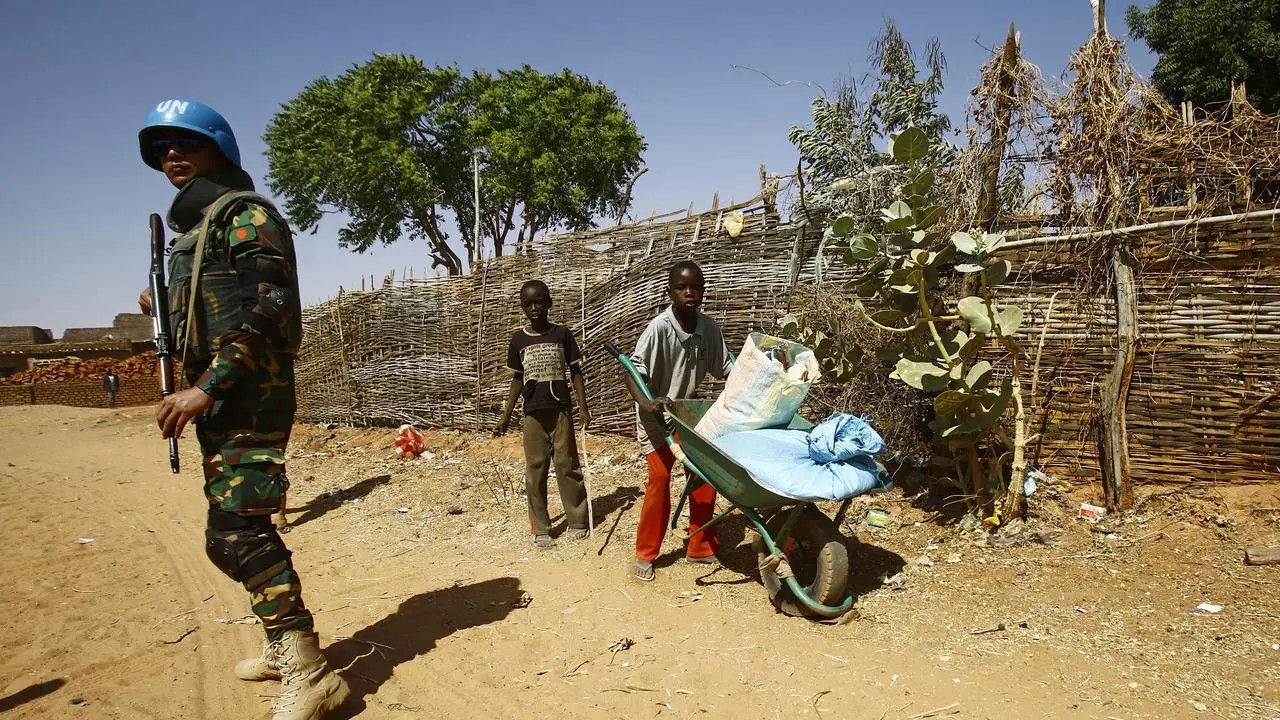 Intercommunal clashes in Sudan’s West Darfur state have left at least 132 people dead in recent days, its governor said on Thursday.
Members of the Massalit and Arab communities have fought since Saturday in and around the state capital El-Geneina, trading gun and heavy weapons fire.
Sudan’s government has declared a state of emergency in the region.
“According to medical reports, the number of dead is now 132,” Mohammed Abdallah Douma, the governor of the region bordering Chad, told a press conference in Khartoum.
“The situation is now relatively stable,” he said, adding that there was “looting” but “no more fighting.”
Douma blamed the fighting on militia fighters who had crossed over from neighboring Chad and Libya, and had used heavy weapons.
But the UN had said the conflict was between Sudan’s Massalit and the Arab communities, the latest in a string of clashes since January, which has forced over 100,000 people to flee their homes.
Sudan is in the midst of a rocky transition following the toppling of long-time president Omar Bashir in April 2019, following mass protests against his rule.
The transitional government has pushed to build peace with rebel groups in Sudan’s main conflict zones, including Darfur, where UN peacekeepers were recently withdrawn.
Thousands have fled the latest outbreak of violence, some escaping into Chad, according to the UN.
The clashes have seen a power station destroyed, an ambulance attacked and a rocket-propelled grenade hitting the key Sultan Tajeldin Hospital.
The vast Darfur region was previously ravaged by a civil war that erupted in 2003, leaving around 300,000 people dead and 2.5 million displaced, according to the UN.
It flared when ethnic minority rebels rose up against Bashir’s Arab-dominated government.
Khartoum responded by unleashing a notorious Arab-dominated militia known as the Janjaweed, recruited from among the region’s nomadic tribes.
The conflict has subsided over the years, and the latest in a string of peace deals was agreed in October.
But after years of conflict, the region is awash with automatic weapons and clashes still erupt, often over land and access to water.
Bashir is wanted by the International Criminal Court on charges of genocide during the Darfur conflict.