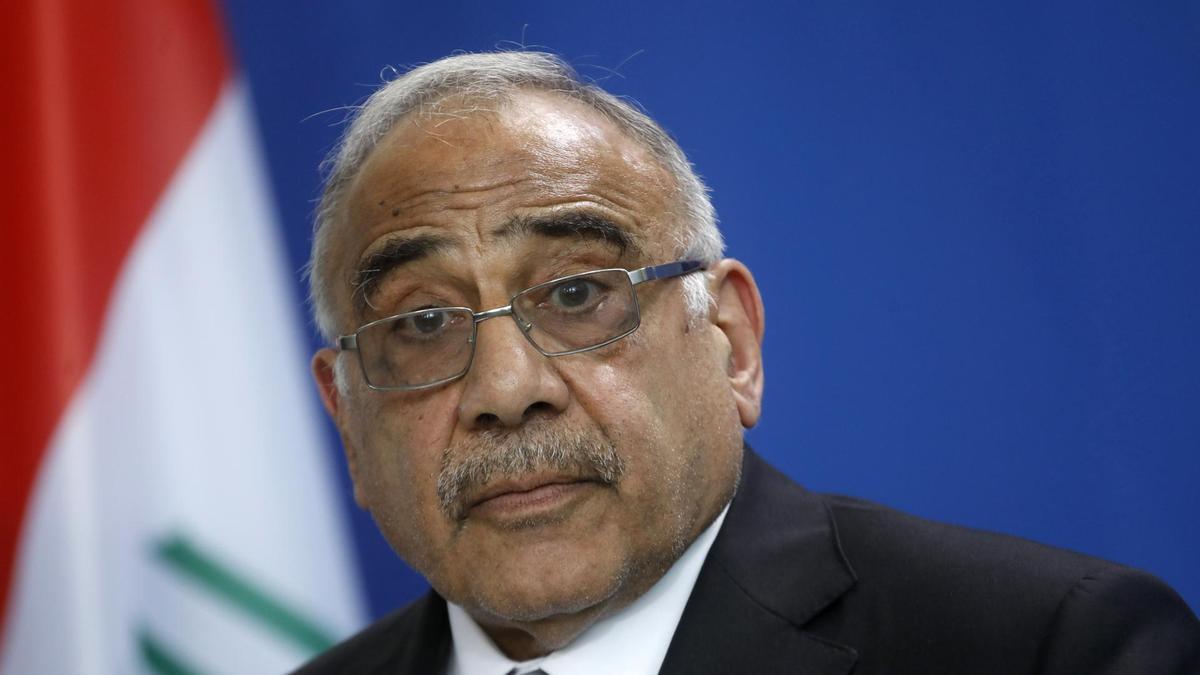 Five Iraqi families have filed a case against former prime minister Adel Abdul Mahdi accusing him of “crimes against humanity” during the 2019 popular uprising against the government.

Protests driven by anger over political corruption, lack of public services, high unemployment and Iran’s influence in the country met a violent response from the government, resulting in the deaths of 487 people, according to the UN.

Thousands were injured, and the subsequent controversy forced Mr Abdul Mahdi to resign in November 2019.

“The crimes were highly organised and based on government policy to commit attacks on the demonstrators. The former PM did not take reasonable measures to prevent these crimes, but rather encouraged them through words, actions, and omissions,” said a statement by Zimmery & Finelle, the law firm representing the families.

“Therefore he is criminally responsible,” it said.

The case was filed in France on Wednesday.

During his time in office, Mr Abdul Mahdi was unable – or unwilling, according to his critics – to control the violence.

Pressure on him to step down mounted over a period of months.

He resisted, until a surge in killings, including the massacre of at least 25 protesters in Nasiriyah, southern Iraq, and a looming no-confidence vote in parliament made his position untenable.

“The plaintiffs expect a lot from the French courts, starting with the recognition of their victim status,” Ms Finelle said.

“The complaint sends a clear message to the Iraqi authorities: international treaties guaranteeing fundamental rights must be universally accepted,” she said.

Mr Abdul Mahdi lived in France for several decades, which is why the case was filed under the French legal jurisdiction.

The former Iraqi prime minister has “strong links to France, making the Paris court a suitable forum for adjudication”, the statement said.

France has been “committed to fighting impunity for the most serious crimes” with the creation of the Judicial Section to specialise in investigating crimes against humanity in 2012, it said.

Iraq’s current Prime Minister Mustafa Al Kadhimi, who took office in May 2020, has pledged justice for activists killed or abused by armed groups. But no prosecutions have occurred so far.

Clashes have broken out in southern Iraq, where protesters are demanding the removal of the authorities and justice for those killed since 2019.

Drone attack on Iraqi base hosting US troops