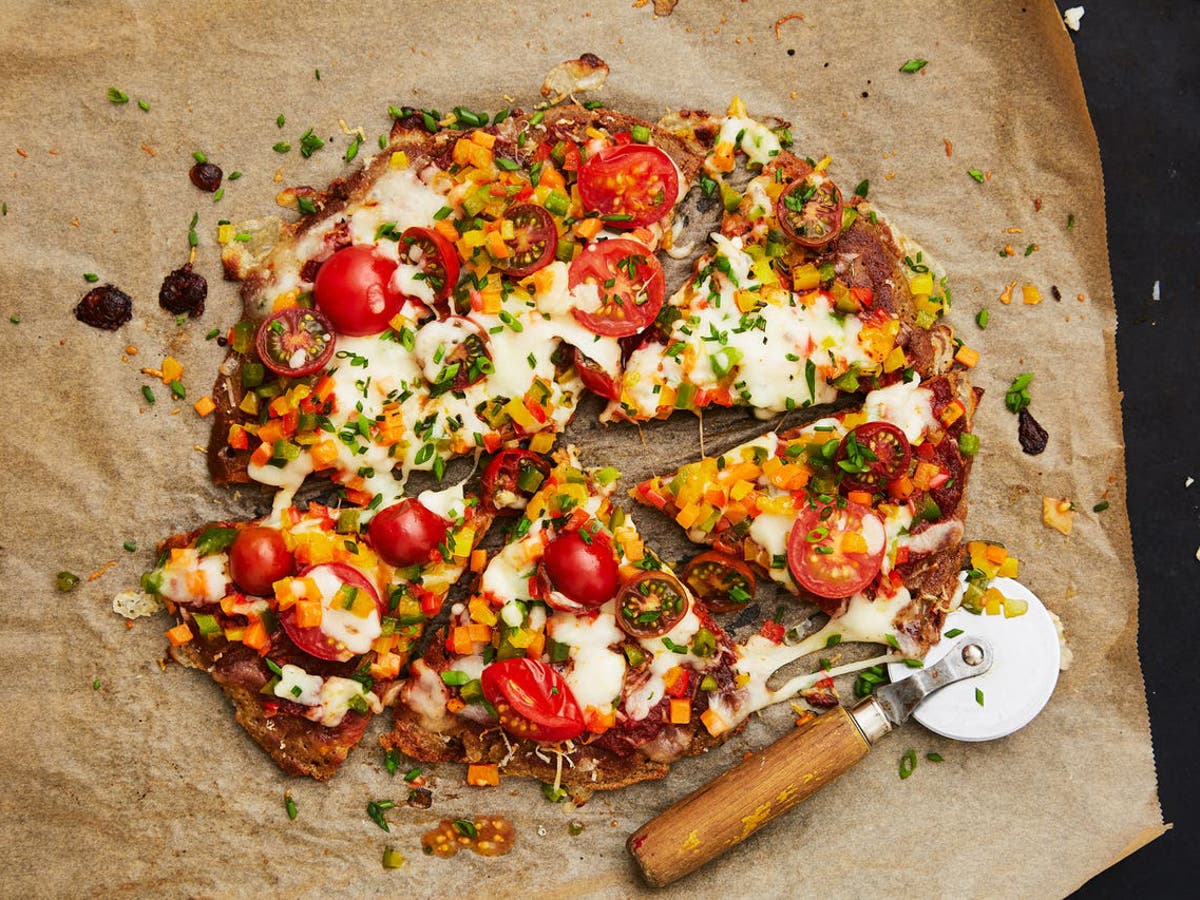 Invented by Nepalese chef Rachana from Eat Offbeat, the New York catering company that employees refugee cooks, these mini flatbread pizzas are topped with chilli sauce, a tomato and pepper mixture and mozzarella.

1. Stir together the semolina, salt, sugar, garam masala, and cumin in a medium mixing bowl. Mix in the yogurt and one cup (about 240ml) of water. When thoroughly incorporated, let the batter rest to hydrate the semolina, at least 20 minutes but no more than one hour.

2. Heat one teaspoon of the olive oil in a large skillet over medium-high heat. Once the oil is hot, add the carrot and green, red, and yellow bell peppers and sauté until tender, about 10 minutes. Lower the heat to medium, add the tomatoes, and cook until they are tender, about five minutes. Remove from the heat and set aside.

3. Mix the Maggi sauce with the oregano and basil in a small bowl and set aside.

4. When the batter is finished resting, stir in the baking soda.

6. Heat the remaining two teaspoons of olive oil and half-teaspoon of the butter in a large non-stick skillet over medium-high heat. When the butter is melted, pour a third to half a cup (about 80-120ml) of the batter into the pan and spread it as thinly as possible into a five to six-inch circle. Once the sides are cooked and the bottom has started to brown, flip the flatbread using a spatula. Cook for two to three minutes on each side, then set the flatbread aside on a prepared sheet pan. Repeat with all the batter, melting half a teaspoon of butter between each batch.

7. Once all the flatbreads are made, begin assembling the pizzas on the sheet pans. Spread a scant tablespoon of the Maggi sauce mixture over the top of each flatbread. Next, sprinkle the Parmesan cheese evenly over the sauce. Finally, top each flatbread with the vegetable mixture and mozzarella cheese.

8. Place the sheet pans in the oven and bake until the cheese is melted and golden, about 10 minutes. Sprinkle with the chopped scallions (spring onion) and serve immediately.