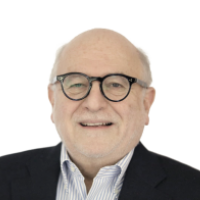 With or without Caesar Act, Bashar al-Assad and his regime have no future. This is simply because al-Assad has no mission other than finishing off the fragmentation of Syria. Which brings us to the troubling question of whether or not there is anyone in Lebanon who is aware of this simple truth and is aware at the same time of how to protect the country.

But then again, maybe what is happening in Lebanon right now is part and parcel of a competition between the components of the authority, an authority which has been in place for three and a half years, in other words since the election of Michel Aoun as President of the Republic, in how to transform Lebanon into an integral part of the Syrian disaster!

Despite all the signs of the pending disaster, it looks very much like there is a determination to push Lebanon under the reach of the American Caesar Act. There is no other interpretation but this one for the recent speech by Hezbollah’s Secretary-General Hassan Nasrallah. The man simply and bluntly reiterated his categorical refusal to disarm his party on the one hand, and asserted with self-confidence that the so-called “Resistance Alliance” will never allow the fall of the Syrian regime.

Unfortunately, Nasrallah was totally off the mark regarding the effect of the Caesar Act, which went into effect on Wednesday, June 17, 2020. I guess he did not or could not understand that there will be no reconstruction in Syria as long as Bashar al-Assad remains in power. Simply put, Bashar al-Assad and his regime must leave power sooner or later. It’s an American requirement, otherwise why should the Americans bother themselves with slapping tough new sanctions on Bashar, his wife Asma, his relatives, and other prominent figures of the Syrian regime? The Americans seem to have done their homework and really searched far and near for Syrian figures with direct ties to the regime.

One still has to wonder, though, if Syria is at centre of Bashar’s concerns, or perhaps his only concern and that of his cohort is to cling to power by all means and prove to everyone that he can repeat and generalise the tragedy of the Hama massacre, perpetrated by his father Hafez al-Assad and his uncle Rif’at al-Assad in 1982, to all of Syria.

It is clear that the Hama massacre is still the ideal example of true power and leadership for Bashar. With this massacre, his father Hafez al-Assad ushered a new era of a long dictatorship acquired by shedding innocent and non-innocent blood in the streets of the conquered city. A large segment of the city’s inhabitants was displaced with such brutality and hatred never seen before.

The dictator’s son went one step further than his dad and turned all Syrian cities into new Hamas. His motto and slogan was “Assad or We Burn the Country”, which incidentally was used for the title of Sam Dagher’s 2019 excellent book about the revolution period in Syria. The author, an American journalist of Lebanese origin, succeeded in dissecting the Syrian regime to its smallest details and produced one of the best reference books about the Syrian revolution and al-Assad’s lust for power.

Let’s face it, no country in the world, including China and Russia, can afford to expose its businesses and companies to US sanctions. So, if there is a lesson for Lebanon to learn from the consequences of the Caesar Act, it will be to steer away from the Syrian regime as far as possible, instead of engaging Lebanon in a war that is not its war and exposing it to being burnt by a fire that it has nothing to do with. 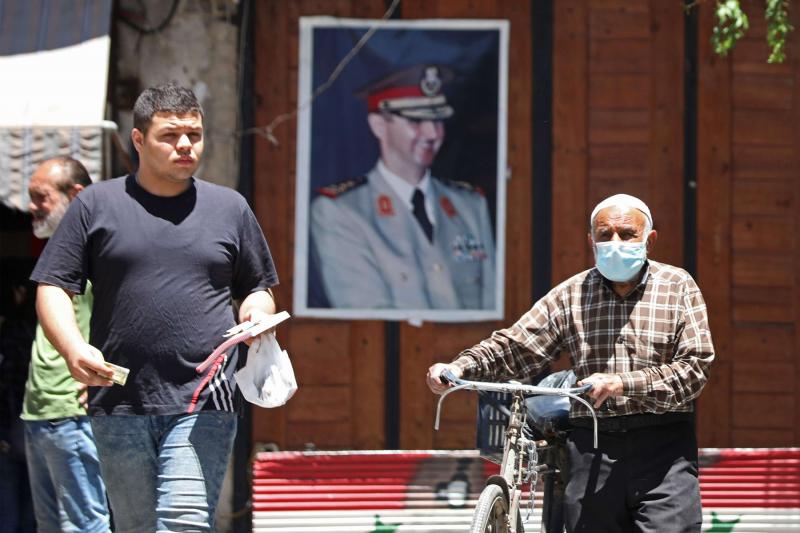 If China, with its giant companies and solid economy, sees that it cannot bear the consequences of the Caesar Act and therefore prefers to avoid flaunting it, it stands to reason that Lebanon cannot be the exception to the rule. Many will argue that Syria represents the breathing lungs of Lebanon and, therefore, the country has no other options but to deal with it. But in fact, this reasoning amounts to running away from bearing one’s responsibilities on the one hand and to showing an obvious inability to absorb what is going on in the region and the world on the other hand.

Yes, it is difficult for Bashar al-Assad to absorb the fact that he must step aside. The man simply does not possess the capacity for self-criticism. Only smart people possess such a capacity which is itself a sign of a certain level of intelligence. So now, we know that about Bashar, but should we also believe that the political elite controlling Lebanon’s destiny right now suffer from the same handicap?

In politics, knowing how to accept defeat is much more important than knowing how to win. Whoever knows how to lose in politics can eventually learn from his mistakes and someday score a victory. But unfortunately, Bashar al-Assad’s problem is multi-faceted. Not only he does not know how to lose, he is also incapable of grasping that the regime he inherited from his father is no longer valid. And yet other Syrians grasped that, foremost among them is Bashar’s cousin and partner in crime and fortune Rami Makhlouf. How those in power in Lebanon could not grasp the various aspects and dimensions of the family feud at the heart of the family that ruled Syria since 1970 is beyond comprehension.

The regime established by Hafez al-Assad in Syria, about half a century ago, was founded on blackmailing as an approach and a tool. This regime blackmailed the Arabs and blackmailed the Iranians, before the latter turned on it and started blackmailing it instead. It blackmailed the Americans and the Europeans. But the regime’s blackmailing days are over. Caesar Act came to put an end to this phase in Syria, the region and the world. It came to confirm the end of the era of Bashar al-Assad, just as Saddam Hussein’s era ended on August 2, 1990, the day he invaded Kuwait. So now, it is a mystery why the elite controlling Lebanon’s destiny still insists on enmeshing itself into a battle they know ahead of time they will be losing for sure.

When it comes to Hezbollah, it is of course possible to appreciate its perspective. This party is nothing more than a sectarian militia forming a brigade in the Iranian Revolutionary Guard. The party’s Secretary-General does not make a mystery of that, as he repeated on several occasions that he was and still is a soldier in the army of the Iranian “Guardian Faqih”.

Less understandable, however, is the inability of the Free Patriotic Movement to grasp the obvious axioms of the regional reality, including the consequences of the Caesar Act. Why can’t Lebanon recall an honourable phase of its history, that is to say, the stage before the Cairo Agreement of 1969? Before that disastrous agreement, Lebanon was able to safeguard its territory because it refused to enmesh itself in the 1967 Arab-Israeli war.

All we can be sure of now is that the team in power in Lebanon, under Hezbollah’s glorious leadership, can only take Lebanon in the direction of another catastrophe, called the consequences of Caesar Act. Only a miracle can prevent that from happening, and we know this is not a time of miracles, because it is the time of “Hezbollah’s government” during “Hezbollah’s era”, a time that makes the Cairo Agreement seem like a blessing in disguise.