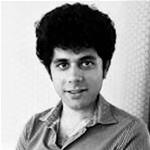 As the world was gripped by the shocking scenes of police brutality against the Black community in the United States and the aggressive posture adopted by President Donald Trump against the protestors, an important development was missed by many observers. On May 29, the US Customs and Border Protection (CBP) agency flew a Predator drone, the machine used to kill suspected terrorists around the world, over the protestors in Minneapolis.

The use of the drone led to immediate condemnations from civil rights groups on the ground, as the city of Minneapolis lies outside the 100-air-mile border zone where the CBP has jurisdiction.

The incident is significant because it reflects the willingness of the US authorities to use technology developed to propagate imperial designs abroad against their own citizens. This, however, is by far not the first time that methods of imperial violence have made their way back home.

Scholars have long argued that the technologies of war used in imperial adventures abroad have a strong tendency of returning home to haunt domestic populations.

From tear gas to drones
For those of us who have lived in hotbeds of conflict since the "war on terror" began, drone warfare has been intimately tied to questions of empire, violence and accountability. Consider the case of Pakistan, where US-led drone strikes against suspected terrorists began in 2004. From 2004 to 2013, the US army conducted more than 300 drone strikes in the region bordering Afghanistan. At least 890 civilians were killed by US drones, with Amnesty International arguing that some of the strikes could be characterised as "war crimes".

Yet, one of the most bizarre aspects of the drone programme was that it was not fully officially acknowledged either by Pakistan or the US for years.

This has increasingly become a permanent feature of modern-day conflict: an entire war could be waged without being acknowledged, allowing a global or regional power to impose unprecedented terror on a foreign society while simultaneously retaining the right to disavow its own violence.

In 2013, the US government acknowledged for the first time that its drone programme had killed US citizens. The strikes were ordered by then-President Barack Obama, who had drastically escalated the use of drone warfare in Pakistan and whose administration publicly defended the efficacy of drone warfare.

Given that drone technology has been so well received in both military and political circles in Washington, it was only a matter of time before it was put into use at home to support the efforts of the increasingly powerful and militarised police and border security forces.

During the recent protests, drones were not the only weapons with imperial roots that were used liberally against protesters. Tear gas was another.

Tear gas was invented by French scientists at the turn of the 20th century as a tool for riot control and it is believed to have been used for the first time by the French military against the Germans during World War I.

After the end of the war, there were mass protests and uprisings against colonial rule in places like India (1919), Egypt (1919), and Palestine (1920). The pockets of unrest were immediately crushed by colonial authorities, in some places with brutal force causing a high number of casualties.

One of the most terrifying incidents of British colonial violence was the Jallianwala Bagh massacre of 1919 in Amritsar, where around 400 civilians were gunned down for violating a curfew to attend a traditional spring festival with their families. The scale of violence led to an internal British inquiry and caused immense embarrassment to the British Empire, fuelling the rise of nationalism in the sub-continent.

In her excellent book Tear Gas: From the Battlefields of World War I to the Streets of Today, Anna Feigenbaum details how in the aftermath of these events, tear gas appeared as a more "humane" form of riot control against non-violent protesters in places like colonial India.

Colonial officials assumed that people in the colonial world were incapable of thinking rationally about their self-interest and acted fanatically in frenzied crowds. Tear gas, with its capacity to cause unbearable suffocation, was supposed to force the constitutive elements of a crowd to think "rationally" as individuals and "disperse" for self-preservation.

Needless to say, tear gas eventually became a regular feature of colonial policing in Asia, Africa and the Middle East.

Criminalising radical politics
The use of increasingly sophisticated techniques of policing under colonial regimes led to an important distinction between "spontaneous protests" and "political agitators". The former were deemed to be conducted by apolitical subjects with grievances, who had to be kept away from activists who propagated "dangerous ideas" such as nationalism, anti-colonialism and communism. This situation created a contradiction within colonial ideology.

The ideological edifice of colonialism was built on the premise that colonised subjects were incapable of political thinking and had to be prepared for self-rule under colonial patronage.

Yet, the people that officials feared the most were anti-colonial thinkers precisely for their political thinking and their ability to link particular injustices with the broader reality of colonial rule.

Thus, while colonial ideology propagated the idea that the natives were unable to think rationally, colonial authorities anxiously observed increasing engagement with radical political ideas among them. The brutal punishment many of them received for political activity under colonial rule exposed the paradoxes of colonial paternalism.

This aspect of the imperial history of criminalising politics is on full display in the ongoing protests in the US. The right-wing media and the government are trying to portray George Floyd's death as a singular incident of injustice. Trump spoke to Floyd's family and called for justice soon after he tweeted threats to the protestors.

The aim is to present the issue as a technical and legal matter to be resolved procedurally, while repressing any inconvenient discussions about structural racism, capitalism and police brutality. Those who are pointing out the systematic nature of racial violence and insisting on a massive overhaul of the system are being framed as "radicals" and "outside agitators".

Imperial history allows us to recognise the repetitive cycle of violence we are caught in and shows how violence in places like Minneapolis is a reenactment of events that have taken place elsewhere. Empires displace their internal antagonisms onto colonised lands, creating zones of exceptional violence while maintaining a liberal facade at home.

Anti-imperial internationalism
As the crisis of capitalism deepens in metropolitan centres, the state uses its imperialist infrastructure, including the technology, techniques and ideologies, to disperse, subdue and criminalise certain communities at home. The forced invisibility of suffering in faraway lands returns to haunt imperial centres, disrupting the fantasy that they can sustain a "liberal order" at home while using pervasive violence abroad.

American philosopher Cornel West has pointed out how the structural racism of the US state cannot be eradicated by changing faces at the top, as the Black Lives Matter movement took hold during the term of a Black president.

The same is true for imperialist adventures abroad, as both the Democrats and the Republicans, liberals and conservatives, have played their role in perpetuating conflict and destruction in the global South, including drone warfare.

Therefore, the key question is not whether a reasonable person can take the helm of an Empire, but whether it is possible to dismantle the imperialist machine itself. This question has taken on a particular urgency in the midst of the current pandemic and a looming climate disaster that should force us all to understand how intimately tied we are to each other's wellbeing.

To confront the circulation of imperial practices of domination and subjugation, we need to urgently revive the tradition of anti-imperialist internationalism and construct global geographies of resistance. It means making explicit the global connections that are implicit in any incident of state violence and popular resistance.

We saw a glimpse of such solidarity when Black Lives Matter activists went to Palestine to express solidarity with Palestinian anti-colonial struggle, signalling the shared sense of rage and resistance. Such instances open the possibility of bringing disparate indices of pain and suffering into a broad and common political project to deny Empire the right to use poor countries and communities as laboratories for testing its ideas, techniques and violent technologies.

Only if we are able to build such genuine transnational solidarities, will we be able to confront the power of Empire, exorcise the ghosts of colonial and racial violence and prevent boomerang effects in imperial centres. The current crisis compels us to form this alliance soon, as humanity is short on time.