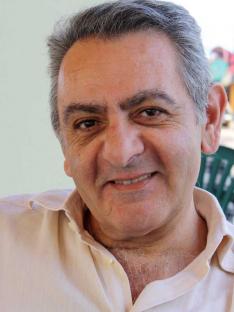 Who can imagine Israel without a left? Israel was founded by the Labor Party (Mapai at the time). For three decades, it held power alone. The state’s most prominent figures came from labor-left backgrounds: Ben-Gurion, Golda Meir, Rabin, Allon, Dayan, Peres…

This has all become history. In the preceding elections, the two leftist parties, Labor and Meretz, won three seats each. The alliance itself was established to avoid the scandal of neither of them garnering 3.25 percent of the vote, the threshold needed for parliamentary representation.

Where does the problem lie?

There is, first of all, a lethal crisis of adaptation: Labor, like Mapai before it, is more nationalist than socialist; it was concerned with establishing a state. It did not advocate a bare minimum of the socialism it claims to uphold, equality between Jews and Arabs. Human and citizens’ rights were not on its agenda. Furthermore, it is the party that introduced settlements after 67. As the old world of Ashkenazi workers was shrinking, the party stuck to its nationalist socialism and never transformed into a civil oriented left. The numbers of those who belonged to the Kibbutz, its traditional base, contracted, and the Hisdarut and its worker’s councils dwindled. The strategy of its present leader, Amir Pertez, a syndicalist of Moroccan origin, winning over the “poor” and the Sephardim in the cities’ suburbs, has failed repeatedly. Most of them voted for Likud.

The party seems very old fashioned, ravaged by the global shift to the right which took place in several European countries. This shift fed on demographic changes: The Israelis became more traditional, partly because of the increased intermingling between the Mizrahi Sephardim and Ashkenazim. The secularism of the Ashkenazi left seems to provoke many. This is especially the case with Meretz, which was established in 1992 and upholds more progressive principles than Labor regarding the status of Arabs, rights, and freedoms. However, its appeal remained limited to the young elites of Tel Aviv, never becoming a party of the liberal left of national scale.

Netanyahu is the left’s second killer.On the one hand, there is his systematic McCarthyist campaign to tie leftism with treason. Even Lieberman, his former defense minister turned opponent, was once accused of being a leftist. His new rival Benny Gantz is also leftist collaborating with terrorists. More importantly, his policies and personality dyed Israeli politics at large with populism. Choosing an alternative program is not his opponents’ priority any longer; instead, they vote for any candidate whom they believe can remove him from power. Thus, an increased number of leftists voted for “centrist” parties.

This has precedents; leftists voted for Kadima, which had been established by Sharon and Olmert and was a political player between 2005 and 2015. They also voted for There is a Future (YeshAtid), a “centrist” party that seeks to represent the secular middle class. In 2009, they voted for the former foreign minister Tzipi Livni for the same reason, and, the Labor Party, led by Ehud Barak at the time, thereby failed to win more than 13 seats and Meretz three seats. This is happening now with Blue and White, which won majority of votes of the middle class in traditionally labor constituencies.

The third killer is occupation and the peace deal and, by extension, Israel’s relationship with its Arab citizens. While Rabin’s murder in 1995 did not prevent the election of Barak, who benefited from Arabs’ large turnout, in 1999, the failure of Camp David in 2000 and the intensification of mutual hatred terminated the Oslo Process. The violence of the second intifada and the Barak’s more violent response broke the link between Labor and the Arabs. For their part,some leftists tilted rightwards because of security concerns, complying with Albert Camus’ famous phrase about the Algerian War: “Between my mother and justice, I choose my mother.” The pro-peace camp with a leftist backbone withered away. Its theory was: Our withdrawal from the occupied territories will end the wars. The 2000 experience in Lebanon did not support this theory. The Israelis withdrew, but the Hezbollah’s resistance, supported by Iran and Syria, persisted.

Israel’s treatment of its Arab citizens was also a reason for the divorce: they are not represented in Labor leadership, nor are they given positions in the state when Labor is in power. More generally, while their living conditions are better than those of Arabs in neighboring countries, they are worse than those of Jewish Israelis.

As the issue of identity became increasingly prominent, Arab Israelis’ desire for their own separate representation, independent and united, heightened. Their situation in Israel calls for this, as does Israel’s social and political fabric, reflected electorally by its extreme proportional representation system.

Consequently, after a longstanding tradition of not turning out strongly, Arab turnout grew in support of the “Joint Arab List” (four parties). The “List” won 15 seats in the last election, the highest number ever attained by Arab parties in their history and the history of elections in Israel. The number of those who voted for the List increased from 337 thousand last April to 577 thousand this March, with the turnout rate going from 49 percent to 65 percent. 30 thousand Jewish voters who traditionally vote for leftist Jewish parties also voted for them.

The Joint List is not, as Netanyahu claims, a project supportive of war or terrorism. On the contrary, it aims to foster civil peace and make it more just and sustainable through furthering integration by giving Arabs a bigger say in the decision making.

Netanyahu is worried that this opportunity may be capitalized on, for this would open the door for other policies that may traverse the old parties and partisanships.

US Economy Poised to Mirror the Post-WWII Glory

Trump threatens to ‘close down’ social media after tweets tagged