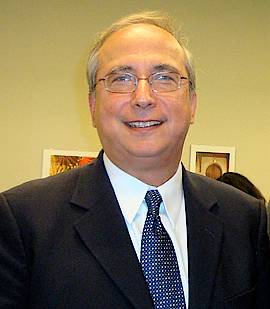 With Israeli elections a short time away, the main challenger to Israeli Prime Minister Binyamin Netanyahu, Benny Gantz of the Blue and White alliance, has decided to court the secular right.

His on-again, off-again flirtation with the Israeli-Arab electorate, represented by the Joint Arab List, is off again.

Prior to Gantz formally endorsing the Trump peace plan, several dovish members of the Blue and White alliance, understanding the concern that many Israeli Arabs have of the proposal, including the suggestion of joining an imagined Palestinian statelet, said to the residents of the so-allied Arab triangle in northern Israel: “You are definitely Israeli citizens and we have no intention of renouncing you.”

This strategy ran into other problems for Gantz. He wanted to reach out to former Defence Minister Avigdor Lieberman, whose ultra-nationalist Yisrael Beiteinu party has a considerable following among Israeli Jews from the former Soviet Union and wants no ties to the Joint Arab List. The Israeli Arab parties have called Lieberman a “racist” for describing them as a “fifth column.”

Things came to a head in mid-February when the Israeli Arab parties said any electoral alliance with Blue and White would be contingent on Gantz not endorsing the Trump plan.

Weighing his options and influenced in large part by polls indicating that most Israeli Jews favour the Trump peace plan, Gantz said he would not invite the Arab List to any government he would form and, on February 17, formally endorsed the peace plan.

However, getting to the magic number of 61 Knesset seats without the Arab List, which could win 14 seats, to form a governing coalition is a big challenge for Gantz. Polls indicate that, even if Blue and White wins 36 seats compared with Netanyahu’s Likud party winning 33 seats, Gantz may have an uphill battle.

With eight seats, Lieberman is considered the kingmaker. Once an ally of Netanyahu, he has broken from the prime minister. Not only does Lieberman not want to be in any government that includes the Arab List, he is strongly opposed to ultra-orthodox religious parties, which he sees as having had too much sway over Israeli society. Those parties have usually allied with Likud and pledged their support to Netanyahu once again.

Meanwhile, Netanyahu charged that Gantz’s disavowal of the Arab List is a ruse, claiming that the Blue and White alliance cannot afford to govern without the Israeli Arab parties. Netanyahu is playing a subtle game here — raising the spectre of Israeli Arabs entering government without being so blatant about its “ramifications” as he has in previous elections.

Given the math, Gantz seems to have a Plan B. He has not ruled out a coalition government with Likud provided Netanyahu steps down.

With Netanyahu’s corruption trial scheduled for March 17 — 15 days after the elections — Gantz is hoping that the trial will be such an embarrassment for Netanyahu that he will be persuaded by his fellow party members — and much of the Israeli electorate — to resign during the post-election political manoeuvring period.

That scenario seems to be wishful thinking. Late last year, Netanyahu fended off an internal leadership challenge in Likud and has consistently avowed his innocence of all charges the state prosecutor has brought against him.

It seems clear he is going to fight the charges to the bitter end. Only if he is convicted would he be forced to step down. Undoubtedly, he is hoping for an acquittal or for the trial dragging out for months, allowing him to form a governing coalition.

If, for some reason, Netanyahu does step down soon after the March 2 elections, Blue and White, plus Likud, would likely have enough seats to form a government. Without the ultra-orthodox parties, Lieberman could join such a governing coalition because he has said he would not be averse to making an alliance with Likud again, provided Netanyahu is no longer party leader.

Netanyahu, however, still enjoys considerable support as the leader of Israel, helped in part by his friendship with US President Donald Trump, who has provided him with many political favours. Polls on the question of who is more suited to be prime minister showed that 45% of respondents answered Netanyahu, compared with 33% who chose Gantz.

Those results highlight Gantz’s problem. The further right he goes does not necessarily translate into the electorate seeing him as a better alternative. After all, the Israeli right already has a prime minister and so, in their minds, why go with someone who is drifting right and is a relative novice in the political arena?

*Gregory Aftandilian is a lecturer at the Pardee School of Global Studies at Boston University and is a former U.S. State Department Middle East analyst.