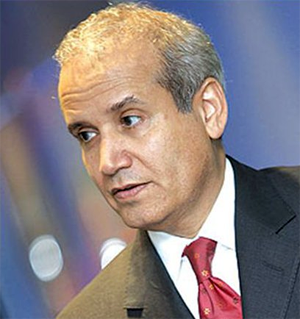 When dealing with disruptive, potentially dangerous individuals or groups within society, the dilemma lies in differentiating between the sheep and the wolves. This is what President Emmanuel Macron is trying to do in France.

Muslim citizens in France are not the problem — the extremists are. The same applies to the wider population of the country; there are extremist, hostile racist groups in other sections of the French society, but the peaceful majority of people from these communities are not subject to suspicion and persecution to the degree that Muslims are.

Macron visited a mosque last week, where he addressed the Muslim community and made comments that did not appeal to some.

He said he would not allow separatist movements to flourish in France, as the country is one republic and everyone should coexist and accept its laws. He denounced, for example, those who refuse to shake hands with women, who shun modern medical treatments or who will not allow their children to study in public schools, describing these acts as cultural separatism.

The truth is that some behaviors are personal choices. The state cannot force any man to shake hands with women, for example, but it does have the right to take action against parents who try to limit their children’s education or keep them at home. The authorities can intervene in this type of cultural separation, backed by the force of law, and punish parents for it.

Like many European politicians, Macron is in favor of respecting freedom of religion and worship as these rights are enshrined in the constitution. However, he complains that some groups are trying to mobilize the large Muslim community in France to achieve political goals.

Some French Muslims have suffered from intellectual and religious extremism, in the same ways that Muslims in their countries of origin suffered. These are not merely extremist ideas that spread as people move from country to country, or are transferred through travel and contacting others; they are mostly organized activities directed by groups with political agendas and goals in mind.

*Abdulrahman Al-Rashed is the former general manager of Al-Arabiya television. He is also the former editor-in-chief of Asharq Al-Awsat, and the leading Arabic weekly magazine Al-Majalla. He is also a senior columnist in the daily newspapers Al-Madina and Al-Bilad.