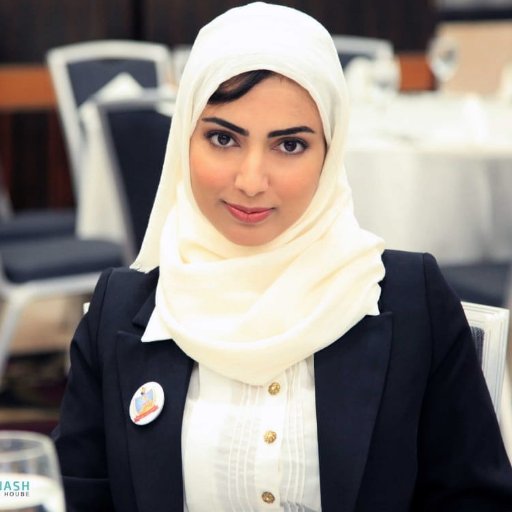 As soon as I saw Lebanon from the plane's window, with its tile-roofed houses, I was certain that I can take off my black abaya and put on my red jacket. I have always loved colors, I love black and other colors, for a moment, I felt a sense of victory for my femininity, even though they are just colors.

In my own country, Yemen, red is a provocative color. This simple moment was like the last battle in the war that, for years, was raging in my imagination.

Caught between a feeling of confusion, as if I had committed a great betrayal, and a feeling of victory against this psychological battle and restriction, above all else, I felt safe and reassured by people's indifference to my presence. I walked freely on the streets, there were no stares that haunted me, no difference that directed anyone's attention towards me.
Not once did the abaya constitute a problem for me, on the contrary, I see elegance and beauty in it. But, that the abaya has changed from an overcoat that represents the culture and customs of a society into a cloth chosen by God for all of us, that was what had ignited the struggle within me. Like many others, for a long time I believed that it was impossible to take off this sacred veil linked to religion, morality and righteousness, as if removing it is also removing all chastity, decency and honor ... and not to mention the wrath of God!
As a woman that grew up in a conservative society, dresses, especially colored ones, amounted to the death penalty. I was not allowed to move and play freely, usually in reference to the common phrase "how beautiful, you’ve become a bride", and it was not simply a phrase. My dreams were very simple and colorful, in a place where we were forbidden from going beyond what was already drawn for us and what we were allowed to do, even if they involved colors.
I used to wear military trousers, or so I called them, a pair that was given to me by my cousin. I always made sure to wear the trousers so that my father would let me play with the boys in the neighborhood. I thought I could deceive him and not let my father realize that I have become a bride, or so I thought.
I was only 12 years old when the first suitor came to ask for my hand. He was a commander in the army, and I am considered one of the lucky ones, as most of my friends got engaged and married at an even younger age. My father then realized that it was time for me to stop playing on the street, and my mother also suggested that I start wearing the abaya.

My father did not intentionally plant the idea that was formed in my mind for years, which is that my body constitutes fitna, or sedition. The fact that my parents were keen on covering my body with the abaya was the result of their natural fears, for that reason perhaps that was also why I preferred to wear loose abayas that concealed my body's features, so that I didn't feel guilty about seducing men!

In Lebanon, it was a new experience, a freedom of being masculinized (like men)! Especially with my desire to work outside the house and in mixed-gendered fields... I had to be strong as a man, and femininity was like a weakness!

I tried to reconcile myself with my own body and with all things feminine, and I loved myself, and realized that a woman’s body with all its charms is not a justification for sin or wrongdoing. That the sedition of man is not the sin or fault of the woman, and it is not even a sin: Who does not like beauty? Who doesn't like colors? Who doesn't like a woman’s body? The sin is not in the fitna, but in the idea itself that has turned beauty, colors, and the female body into tools for exploitation, crime, and fear.

Like a girl unburdened by the fear that was implanted in herself and through her surroundings, I take pride and joy in looking at my favorite colors now held in my closet. The black certainly exists, but this time it’s in a different form of black: with pure desire.

As an adult woman, I try not to hate the color black, and I understand its tyranny in my society, yet I hang on to my black abaya with me today in Lebanon as it reflects my identity as a Yemeni woman, and not as a marker of chastity or a sign of honor. I consider myself as an advocate of the principle of "respecting the culture of the place" you are in and that clothes are (part of) culture and are not just a piece of cloth. Now, I feel satisfied when I wear the abaya in Yemen, I feel in harmony with the culture of that geography, and I carefully take into account the choices of my attire, when attending different occasions, and my presence in Yemen is one of those occasions.
This does not mean that everything is all right, as girls and women who rebel against the abaya still face harassment. The abuse also reaches violence directed at women who are against the hijab. There is still a long way to go for my community to love itself unconditionally with the love of the colors and type of fabric it covers itself.
Today, I discover and explore what I have been missing for years in my own country, I see Yemen with additional colors, without limitations, for some, these are just colors, but for me, they make all the difference.