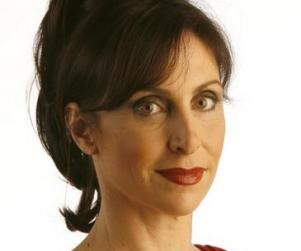 People are worried about the coronavirus again. So it’s understandable that public health officials are feeling pressure to recommend Covid-19 booster shots soon, before we find out the hard way when the vaccines wear off. Pfizer Inc. contributed by announcing earlier this month that it would soon ask the government to authorize third doses of its two-dose vaccine to provide extra protection.

Public health officials didn’t bite, for excellent medical reasons. Scientists have gathered data showing that people who were infected retain some immunity up to a year later — especially if they get at least one dose of vaccine. Studies of vaccines alone can only follow people for the few months that the shots have existed.

But there’s more to science than data. Physics, chemistry and biology also advance by building theories that describe the way things work and lead to testable predictions. So there’s knowledge scientists can draw from their basic understanding of the immune system, as well as experience with other vaccines.

That’s why some experts predict that the Covid-19 vaccines might not wear off for years, and that for now, drug companies should hold off on promoting boosters. That could change if hospitals start filling up with vaccinated people, something that could theoretically happen if a new, vaccine-resistant variant emerges. But for now, there's plenty of reason to think the vaccines will hold up fine against everything the pandemic has thrown at the world so far.

A few months ago, scare stories were circulating about “waning immunity," implying that the pandemic would go on forever because the immune systems wouldn’t work, even for those who’d been vaccinated or previously infected. But immunologists and infectious disease experts objected that this claim was misleading.

Monica Gandhi, an infectious disease doctor at the University of California at San Francisco, explained it simply:

Human bloodstreams would be gunked up and thick if they remained permanently loaded with antibodies to all the infections people ever had or had ever been immunized against, she said.

So the immune system uses a trick. It creates B cells and T cells, which encode memories of an infectious agent. If the pathogen is detected again, the memory mechanism jumps into action, pumping out new antibodies and killing infected cells. These B and T cells can hide away in bone marrow and lymph nodes, providing immunity to dozens of diseases even without the presence of antibodies.

To find out whether the Covid-19 vaccines leave people with these B and T cells, scientists conducted studies in which volunteers agreed to undergo biopsies of their bone marrow and lymph nodes, she said. The cells were there, which isn’t surprising — it’s these cells that provide multiple years of protection from most standard vaccines.

People exposed to the coronavirus that caused the SARS outbreak in 2003 still carry these protective cells, and a study in 2008 showed that people who survived the 1918 flu as small children retained their immunity 90 years later.

Gandhi said there aren’t any human vaccines that need to be boosted every year. Flu shots are given not because immunity wears off but because each year brings a different strain of virus, not just a variant of the same one, requiring a different set of disease-fighting cells.

There’s a danger in theory that SARS-CoV-2, the virus that causes Covid-19, would change enough to evade vaccines, though this virus doesn’t mutate nearly as fast as influenza viruses do. But it’s not likely. Minor mutations don’t get around immunity because there’s a certain amount of flexibility in B and T cells, Gandhi said. They can recognize small variations and produce antibodies to fit a diversity of variants.

That’s backed up by several studies of the T cell response against SARS-CoV-2 variants. Right now, the most transmissible strain is delta, which is becoming dominant worldwide, and studies show that vaccines or immunity from past infection work against it.

That protection isn’t widely appreciated, Gandhi said, because there’s so much confusion about breakthrough infections. Vaccinated people who are exposed to the virus would probably carry a few particles around in their noses while the immune system geared up to fight it. So even if the vaccine worked exactly as it’s supposed to, a person might test positive, falsely implying some sort of failure. She said that it’s misleading to lump together these positive tests and actual illness and call them both “breakthrough infections."

While some people have raised alarms about data from Israel indicating that vaccines are only 64% effective against infection with the delta variant, Gandhi said the numbers were too small to draw strong conclusions, and protection against severe disease was still around 94%.

It would take extremely bad luck to see widespread emergence of a variant that evaded the immune system, because it would also have to be transmissible enough to compete with the already super-transmissible variants, said Vineet Menachery, an immunologist and microbiologist at the University of Texas.

People were worried about a variant that emerged earlier in South Africa, now called beta, because it seemed to have the most threatening ability to evade vaccines. But it’s disappearing from the world because it can’t compete with the highly transmissible alpha and now delta.

As more people are vaccinated, that could put different evolutionary pressure on the virus to evade the vaccines. But the studies so far show that vaccinated people are relatively unlikely to pick up or transmit the virus, so as vaccines become more widespread, the virus will have fewer chances to stumble upon that genetic combination that would be a winning lottery ticket for it, and the losing one for humans. There are no guarantees, but there are ways to stack the odds in our favor.